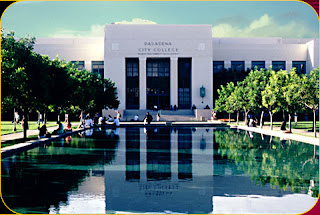 A former employee of the Worldwide Church of God who ran the facilities services area for several years had his home raided today on charges of accepting bribes in return for building contracts.  Rick Van Pelt was over the facilities of the Pasadena campus fro several years and had to have been one of the most disliked facilities managers ever.  After WCG start dissolving he jumped ship to go to Pasadena City College to run the facilitates there.  We heard for years that the PCC employees disliked him as much as the WCG people did.


Here is an excerpt from the Pasadena Star News:  Homes, offices of PCC administrators searched in bribery probe

The two men are accused of taking bribes from contractors in exchange for construction contracts at PCC, officials said.

"A preliminary internal review of our books indicates that all funds are intact and properly accounted for," Rocha said. He added that the college has hired an accounting firm for an independent audit.

Rocha did not take questions after making the announcement. He said the college wouldn't make further comments about the investigation while it is ongoing.

"We seized computers, documents and other items," Demerjian said.

The investigation began March 29. Neither man has been arrested, Demerjian said.

Van Pelt was recently appointed by the college to a membership on the successor agency to Sierra Madre's Redevelopment Agency. He was recently praised by state officials for his partnership with Pasadena Water and Power in an energy saving program on campus. As recently as 2008, Van Pelt taught an intro to business class on campus, according to ratemyprofessor.com.

RVP wasn't exactly popular, but that's not a major crime. Bribery, on the other hand, would be. Not a good scenario, to say the least.

Don't we have to tithe to bribe God?

Words have meanings. "Charged" is not the same as "investigated".

Your headline gives the wrong impression. The men mentioned are under investigation, but have not (as yet) been charged with anything.

Unfortunately, we know some of our former brethren and members of the ministry who actually did commit crimes for which they went to jail or prison. We also know that HWA and Stan Rader did some of the same things for which Jim Bakker and other high profile evangelists were convicted in courts of law, but somehow our guys managed to get away with them.

So, the light bulbs start going off, maybe appropriately, maybe not so much. Time will tell, so please do keep us updated on this case.