No One Has Been Listening To Me For One And Three Quarter Decades... 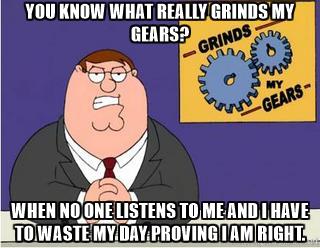 Poor Dave Pack, he has been blasting out a warning message for 17 years now and no one in the broader Church of God cares.  He has had 3 1/2 years of prophecies fail.  Superfantabulous Dave is not so superfantabulous after all!

I would submit to you, that moment has not yet come. I’m not a ruler. You are not. We have no authority. We have no reach, no power, to get to the splinters to hear or see us. We just passed a couple days ago, seventeen-and-a-half years old. I have tried for one-and-three-quarter-decades of my life, with all my heart and mind and soul and being…You’ve seen the books…to try to movepeople, and they’re not listening. I have no authority over them; neither do any of our ministers; neither do any of our staff. We are not, currently, today—and it is impossible to say that we are—in any sense, ruler over all of God’s household…yet! But at a point, prior to when He comes, it says we better be found so doing. At some point, we will be. I would submit to you, it’s not exactly clear when that happens.
Maybe there’s a way to view it where it’s already happened, because we’re giving them tools and they might start listening. But I would submit to you, the greater way to think of it, is when they have no shepherds—there’s no one to tell them what to do—they’re crying day and night, in what can only be called, perfectly, by God, a fire and they’re not allowed out. Their “go” signal, their “exit” signal, is a point after the wicked leave. God has curiously flipped it. They’re going to find they’re the only ones left. And somebody has to be working with them and found so doing that. Because that’s what His household is—all of his domestic affairs. To give them food—feed the flock of slaughter; to give them meat in due season—kairos, a set appointed time right before Christ returns—where you feedthem. 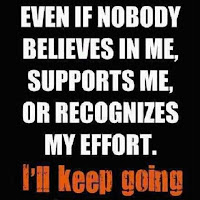 Dave is still predicting that tens of thousands of COG Members will soon be fleeing their respective COG groups and joining up with Dave and his band a merry makers.  Just think what a fun day it will be to see Bob Thiel bowing before Dave in obedience.  Just imagine James Malm and Vic Kubik being subservient to Dave.  What a scene that will be!  Just imagine Dave swiping Gerald Flurry's Stone of Scone  and placing it in Wadsworth.

What an absolute pathetic mess Armstrongism has turned into.  It is an embarrassment.  30 years after having a chance to make it right, all they do is bicker, whine and self-appoint themselves to new lofty positions, of which not a single one of them is qualified for.
Posted by NO2HWA at 12:28:00 AM

What an absolute pathetic mess Armstrongism has turned into.

The destruction of the Second Temple, according to Christians, was because the Jews didn't accept Jesus. A reason given by Jews was their own factional rivalries and in-fighting. The latter may be key in the eventual demise of Armstrongism. And are there 10,000 COG members to be found, let alone to defect to Dave?

The flock of the slaughter that Dave is referring to is in Zech.11

It is Yahweh Most High that retrieves His flock, and not Pack. If he would only believe what is plainly written, he would see it, but Dave thinks Zechariah/Yahweh is speaking of him. What an egotistical jackass.

All of Dave's actions convince me more and more, that he is possessed, as what he claims is demonic. His 69 transcripts and 125 points, which he saqys he will be adding to in two weeks, is trash. The most that they can possibly add up to, is a novel, but biblicly his points and sequence of events, just do not jive. Now I acknowledge that those that no longer believe the Bible, but many of us still do, and what I write is for us.

Well, we may thank God for that! All of that! Perhaps rather than use the word Armstrongism we ought to choose another name for Dave Pack who has no this, no that...something like Packism. Even HWA didn't choose Dave Pack for anything. Joe Tkach senior was chosen...he da man! And supposedly Laodiceans are scattered all about.

How do we know that Dave Pack of Packism isn't just another laodicean? Is Dave too lukewarm, neither hot nor cold, that nobody flocks to him and his? Well, Dave does have the "hots" for Dave, himSELF!

Well, Dave is "hot" for his Jesus to return very very soon and rule earth for 1,000 years, but reality is Jesus will be at His Father's right hand during that time. So, why should anybody gather to Dave Pack?

Oh, the bible mentions gatherings such as:

Isaiah 66:18 For I know their works and their thoughts: it shall come, that I WILL GATHER all nations and tongues; and THEY SHALL COME, and see my glory.

Jeremiah 23:3 And I WILL GATHER the remnant of my flock out of all countries whither I have driven them, and will bring them again to their folds; AND they shall BE FRUITFUL AND INCREASE.

Absolutely no need for any help from Dave and his "little helpers" there!

Dave Pack, so far, has only given us evidence that God isn't using him for anything: hence his no this and no that. It's a big nothing!

For Dave: don't worry about all of that "doing" you mentioned, b/c God has that covered. He will provide as sure as He will gather, but it's by His will, His timing and not by anything we can dream and scheme up:

"For it is God which WORKETH IN you both to will and TO DO of HIS good pleasure." Phil 2:13

In fact, Dave, you come across as a murmurer and one who likes to dispute others. Why not consider doing the following for a change?

:14 "Do all things without murmurings and disputings:"

Will you do that? Time will tell...

Yes SuperDave I have seen your booklets: You can't write; your writing grinds my gears!

At least HWA, as diabolical as he was, was good at writing & marketing!

"No One Has Been Listening To Me For One And Three Quarter Decades..."

Keep up the good work everyone!

DAVE WRITES- " I have no authority over them" (yet)

RESPONSE-
Great leaders do not need to have "authority" over anyone. They inspire, motivate and GIVE, and then SET FREE from themselves.
A policy of "catch and release" , not "Capture and Harvest".

In sales, we have a saying: "Your raise will become effective the minute that you do."

Seemingly, a modified form of this would apply to Dave Pack, and any others who fantasize about being "the one". "Your ministry will become effective the minute that you do!"

Unfortunately, Dave is waiting for some sort of supernatural vindication that will force all of the members of other splinters into the woefully misnamed RCG. If there ever was such a thing as a 19 year time cycle, Dave has shot blanks for 17 years of his first one.