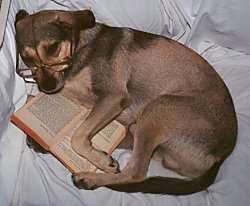 Another fun day in COG paradise!  Apostle Malm has this little tidbit in one of his responses to a reader concerning a possible reconciliation between Living Church of God and COGW:


FYI Bob is Rod’s lap dog and is not well liked by some others high in LCG, he may be in for a big surprise when Rod leaves the picture. Bob has made many enemies for LCG throughout the COG spectrum including many now in COGWA. Bob would have to go; for any LCG reconciliation or cooperation with almost anyone else could take place.

Further Doug Winnail who is the heir apparant, would never reveal or admit any thoughts along the lines of cooperating with COGWA, which would be a nonstarter [because of Larry Salyer] with Rod and might get him removed as heir apparant.

While heir apparant, Doug Winnail is still opposed by certain others, LCG is not nearly as united as they want to appear. There is still a behind the scenes struggle for power going on.


Rod and a good many in LCG still bear a huge grudge again Larry Salyer and would not want to cooperate with COGWA as long as Larry was around. Larry is supported by Doug Horchak and that would involve the politics in COGWA. Nothing along this line of cooperation could happen until Doug Winnail is in full control of LCG. Then Larry Salyer would have to be sidelined by COGWA, and Bob Thiel by LCG. If not stopped they would certainly be sidelined and muzzled. James

I have a feeling Dr. Bob will continue writing away with his same old schtick regardless of what happens. He will still consider himself supreme holder of all knowledge that pertains to "church of god news" and doctrine.

I have to hand it to Malm though- lapdog to Meredith sums up the relationship pretty well.

LCG is not nearly as united as they want to appear

A small ray of hope, if true.

And as for the rest?

Always risky business when dealing with V's and even when they deal with each other: Devouring their own is not unheard of.

Ok, who's on first again?

A future union between LCG and COGWA would not suprise me. Doug Winnail and Jim Franks worked together in New England back in the 80's.