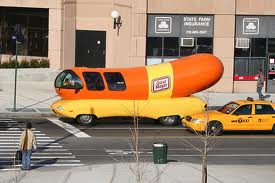 Weinerdude's criminal court case has been continued till March 2012. From Apostle Malm's blog:

On December 12, 2011, a hearing was called on the defendant’s motion to continue [delay] the trial scheduled to begin January 31, 2012. The United States was represented by Assistant United States Attorney Robert McBride. Defendant Ronald E. Weinland was present and represented by Robert Webb, retained counsel. The proceedings were recorded by official court reporter, Lisa Wiesman. The Court having heard counsel and being sufficiently advised, it is hereby ORDERED as follows:   1. The defendant’s motion to continue [Record No. 14] is GRANTED. The trial date of January 31, 2012, is vacated and the jury trial is rescheduled for March 20, 2012, beginning at 10:00 a.m., with counsel to be present at 9:30 a.m.   2. The pretrial conference previously scheduled for January 17, 2012, is continued [delayed] until March 12, 2012, beginning at 3:30 p.m., at the United States Courthouse in Covington, Kentucky.   3. Pursuant to 18 U.S.C. § 3161(h)(7)(B)(iv), the time period between January 31, 2012, and March 20, 2012, is excludable delay under the Speedy Trial Act.

The Court finds that failure to grant a continuance [delay] of the length outlined above would deny the defendant reasonable time necessary for effective preparation, taking into account the exercise of due diligence. Further, the ends of justice served by continuing [delaying]  the trial date in this case outweigh the best interest of the public and the defendant in a speedy trial.   4. The defendant shall remain on bond and conditions of release previously imposed.

Ronald Weinland’s criminal proceedings began formally on November 10. The criminal trial is scheduled to begin on March 20, the court having given the defense 49 days of the 180 days delay they had requested from an originally scheduled trial date of Jan 31. There are other hearings between those two dates.

So you've posted something without attribution. I know that because I am the author of the last paragraph, and the part prior to that is a court filing.

Actually Mike this was from Apostle Malm's blog. I have three different versions of this post that are on my phone and I could not get them to post all day till this evening and I did the wrong one. Sorry! Malm's comments are here:

Nothing quite like a criminal trial two weeks before Passover.

If the Weinlands don't engage in self-examination, the prosecutors may do it for them - in front of God and everybody.

So God's legal apostle doesn't consider taking another person's words like this as stealing. I left the same complaint on his blog last night, seems he can't handle criticism as he hasn't let it out of the moderation jail, even though he accepted another comment made after mine.

Malm has criticized UCG for their whitewashing of blog comments on the UCG Realtime propaganda rag, but he does exactly the same thing. Any comment that either is not 100% on his wavelength, or else isn't a total brown-nosing shill comment will not be published. I know this from experience. Also, the way he tags so many comments with his own spin/comment is really annoying.

Before I found this blog, I used to go there for news of the UCG fallout, but Malm is such a smarmy, self-righteous git that I just can't stand to visit his blog anymore. Everything he preaches is from a pharisaical focus on the physical, without any consideration that there might be a spiritual aspect, or even a functional aspect, rather than merely the blind, rote "obedience."

I better stop now because I'm starting to feel annoyed just by remembering. There are so many self-appointed authorities. Honestly, there shouldn't be a law against it, but I still wouldn't mind if ALL of them were sent to jail.

Hey! There is a guy in the current Journal who has written a whole article on "here a little, there a little, line upon line..." and it sounds AWFULLY FAMILIAR!

Bummer....well at least he will put the COG idea of what it means and how one should study the Bible to rest!! :)