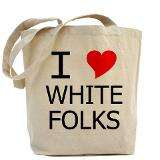 You can tell this guy is from Armstrongite stock by the way he talks about whites being the chosen race.  That is the main premise of British Israelism that HWA and the Church of God latched on to early in it's formation.  God's chosen were whites.  God's lesser creations were black, Asian or Indian.

E.W.King, God's latest gift to the Churches of God has this to say:

It is amply evident that by the time of Noah there were at least the three primary or major racial strains on earth, the white, yellow and black, although interracial marriage produced many racial mixtures.

God does not reveal in the Bible the precise origin of the different races. It is evident that Adam and Eve were created white. God's chosen nation Israel was white. Jesus was white. But it is a fair conjecture that in mother Eve were created ovaries containing the yellow and black genes, as well as white, so that some of the children of Adam and Eve gave rise to black, yellow, as well as white.

The one man God chose to PRESERVE the human race alive after the Flood was perfect in his generations--all his ancestry back to Adam was of the one strain, and undoubtedly that happened to be white--not that white is in any sense superior.

If you are a livestock breeder, planning to enter your prize animals in a livestock show--perhaps at a state or county fair--you will be sure to enter only thoroughbred or pedigreed stock! Mixing the breed alters the characteristics.

God originally set the bounds of national borders, intending nations to be SEPARATED to prevent interracial marriage. Notice, "When the most High divided to the nations their inheritance [speaking of land or geographical boundaries], when he separated, [notice--he separated] the sons of Adam, he set the bounds of the people..." (Deut. 32:8). But people wanted to intermarry--until there would be only ONE RACE!  That desire seems still inherent in human nature today!

Noah was of perfect lineage in his generations. His wife and three sons were of that same white strain. But Japheth evidently had married an Oriental woman, and Ham a black.

At least until, you know, they figured out that they could ride a donkey over those mountains...

I had to put on sunglasses to read E.W.King's rant, it was so blazingly white!
Maybe I should have put on sunscreen, too. But maybe not, since his rant was not really all that "brilliant"

I love his little disclaimer- "...not that white is in any sense superior."

E.W.King wrote: "...God does not reveal in the Bible the precise origin of the different races..."

So, why bring it races?

We know that God is not a respecter of persons, so why bring up races?

If anything, Satan is the god of this present evil world and that thing is all for murders, lies, hatred, division...and might I also add racism, because the ooncept of races and racism causes hatred, division and a whole host of evil thoughts towards our brothers and sisters?

E.W.King, we may also read the following in Acts 17:

Acts 17:26 And hath made of one blood all nations of men for to dwell on all the face of the earth, and hath determined the times before appointed, and the bounds of their habitation;

One blood! God has no law against persons, skin tone, skin color, and what color is blood? Isn't all blood red?

God also inspired to be written by the apostle Paul in Ephesians 3:

Ephesians 3:14 For this cause I bow my knees unto the Father of our Lord Jesus Christ,
15 Of whom the whole family in heaven and earth is named,

So, of course, God does not reveal the precise origin of races, because He is all about family: the whole family!

E.W.King why do you think God allowed the gospel to go to the Gentiles? It's because God is not interested in racism, or races as much as you may be, but in the whole family of humanity!

Thankfully, God will fulfill the following for His entire...His whole family:

"To wit, that God was in Christ, reconciling the world unto himself, not imputing their trespasses unto them; and hath committed unto us the word of reconciliation." 2 Corinthians 5:19

E.W.King, believe it or not! God will reconcile the whole family: the world, not imputing their trespasses unto them...or He is a liar like Satan.

God can't lie, and remember: all blood is red...unless there is something wrong with it.

Yes, and well, what isn't mentioned explicitly is the assumption that the United States and British Commonwealth are lost tribes of Israel and Israel is white and although no race is superior, Israelites are superior because they are God's chosen people.

And DNA proves that the United States and British Commonwealth people are not descended from a common paternal ancester as are the Jews and Arabs and are definitely are not the lost tribes of Israel, which were not lost in the first place.

It is for this reason that all Armstrongism prophecy fails and the Armstrongists are false prophets, thereby breaking the Ninth Commandment (not to mention a few others) and are doomed to the Lake of Fire (if we believe Revelation -- just sayin').

For that reason, and many others, E. W. King, and many others, are complete nutcases without any shred of credibility or viability at all and no one should listen to them, read their stuff or follow them in any way, except for research into abnormal psychology.

What the heck is this "biblical" "yellow race", anyway?

Where in the Bible does it speak of a "yellow race"?

I've come across the term both in White Supremacist literature and also in mainstream rabid Christian literature, but I don't remember reading about it during the several times I've read the Bible.

I don't remember reading about any "black people" or "white people" in the Bible, either.

Perhaps I was reading the wrong translation.

" It is evident that Adam and Eve were created white"

If you mean by white, Sumerian or Babylonian then I'd say with a tad shade of Middleastern. Oh...you meant European? Um...no.

'But it is a fair conjecture that in mother Eve were created ovaries containing the yellow and black genes, as well as white, so that some of the children of Adam and Eve gave rise to black, yellow, as well as white."

Actually it is a rather stupid conclusion. You're making ovaries to fit your bad science and make a mythical tale literally true.

" But people wanted to intermarry--until there would be only ONE RACE! That desire seems still inherent in human nature today!"

Actually your speculating is about how to make a tale told by the priestcrafters true. No one wants to create "ONE RACE!" The truth is that some types see others types as hotties and maybe genuinely nice folk to get to know.

What this fellow is doing is trying to figure out how the mythical tales of Genesis 1-11 (and they predated the Hebrews who adopted them,) literally true. You are spreading a meme which is a mind virus that spreads itself. You are endeavoring to make Hansel and Gretel into real people and then having to explain just how a house could survive in a rainstorm made of gingerbread.

But thanks for playing....
M.T. Conclusions

In the end, actually, the influence of these people is so miniscule as to make their musings rather inconsequential in the grand scheme of things. We with a COG background chuckle and/or fret, but that's about it.

They're really just wasting their breath.

The fruit of this type of belief (false, I might also add!) is that it most definitely causes racism, racist attitudes, and elitism based simply on something which none of us had any influence upon, namely, our own racial or genetic makeup.

The AC students who were counsellors at SEP, as one of their duties, were recruiters. I remember one counsellor telling me, "Bob, you are really going to enjoy Ambassador Club! We get to tell nigger jokes, and...." Of course, when I got to AC, I discovered (sadly) that this counsellor had indeed told the truth!

Mimicking our "spiritual guides" particularly including one Gerald Waterhouse, white brethren were occasionally known to share with their Negro or Colored brethren that in the Millennium, all of the Negroes were going to go "back to" Africa, because God's way was the way of segregation.

In my post-Armstrong Bible study, I've learned that the White revisionists of our past have seriously corrupted the Bible, reading racial purity and racism into places where there is none. Other than British Israelism, I can't think of any other non-biblical theory which when falsely used as a filter for the Bible has caused the sheer level of unjustified pride, back thinking revision of scripture, and enslaving or limiting biases which are totally counter to what Jesus, Peter, and Paul very clearly taught.

I really feel very sorry for the people who have swallowed this unmitigated horsecrap, and those who, intended or unintended have been victimized or stigmatized by it. Such teaching is perhaps the very strongest proof that Armstrongism is anything but a Christian religion.