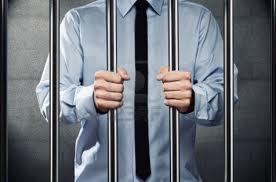 A reader here commented about Mark Nash of the Philadelphia Church of God and his new moon nonsense.  I decided to look the guy up and see what he said.

The very first thing that popped up was nothing about "new moons" but the fact that he was in prison for tax evasion and that PCG let him preach while out on "good behavior" weekends.


Another person of interest is Mark Nash. He is a former Navy Seal or Green Beret, with all the "talents" taught to them. He went to prison for defrauding the IRS, and yet was not even suspended while in prison. In fact, he was allowed to give sermons while on leave for "good behavior." If any member on the bottom level was similarly put away, he would be put out for putting the "church" in a bad light. After all, even deacons are supposed to be "blameless" in the world and of "good reputation." What gives? What do these men know that keeps them in the "good old boy network"? These two men, at least, have knowledge that keeps them on the "inside." Otherwise, Flurry would have disposed of them long ago. Mark Nash now teaches Physical Ed and who knows what else. ESN


If he had been a low class regular church member they would have kicked him out.  Because he was part of the "elite" they did nothing to him.

Another wonderful legacy of Armstrongism and the Philadelphia Church of God.  Flurryism rocks!
Posted by NO2HWA at 11:27:00 AM

Oh, but see, he's innocent though...Satan is attacking the church through the government. That's how you know that he is a true representative of God.

Oh, the persecutions these men of God have to face...

On the bright side, he gets to stay in a minimum security facility better than the motel room that you can afford for the FoT. Of course, he'd rather be in a tent at the FoT but, you know, what with having to keep up appearances and stuff...you understand.

The "elite" ministerial aristocracy have always played by different rules. Since when has this not been the case in Armstrongism, or for that matter, any church I can think of.

Reminds me of an old story of the European aristocracy.

Two gentlemen had been out hunting, but not together. Eager to impress with his numbers, the first aristocrat led by asking, "What did you shoot today?"
The second gentleman replied, "I shot a peasant."
The first inquired further, "Surely you meant to say, 'a pheasant.'"
"No, a peasant. He was insolent, so I shot him. Why, what did you shoot?"

So what's the BIG, DARK SECRET that gives this result instead of the expected one? And were there similar such BIG, DARK SECRETs all through the years when there was only WCG?

Come to think of it, I don't care.

Thru their response to the receivership crisis, the Armstrong movement went over the boundary line with regard to what is written in Romans about a Christian's responsibilities to the civil authorities, and I believe there was a paradigm shift at that time which explains some of these episodes which seem to be happening with impunity in the splinters.

Prior to receivership, if a minister got in trouble as a result of the church's doctrines, and found himself in jail, the church would bail him out. Conscientious objectors who went to jail were seen as heroic defenders of the faith. And there were parents who sometimes ended up in jail when things spun out of control due to their adherence to the medical doctrine. They were pretty much allowed by WCG to hang out there unassisted, and by themselves, flapping in the breeze, but they were welcome at church, and everyone prayed for them. Basically, ambassadors for the kingdom of God did not have the diplomatic immunity that conventional ambassadors enjoy.

In fact, if someone had an accident while driving uninsured, or drove drunk, they were encouraged to accept their punishment, in some cases even advised to plead guilty.

I can see where this Nash case could be controversial, and Flurry might have given him wiggle room. Did he lie and falsify his return? That would not only be sin, it would also call into question his trustworthiness and example as a minister. Was he falsely accused? Did he fail to pay because there was nothing left after his tithes and generous offerings? Or, yes, does he know something which could potentially damage the church or someone else's credibility?

The ACOGs take tithing drop dead seriously. Where it concerns the IRS, they gave up taking "Thou shalt not steal." legalistically or seriously a long time ago.

"He is a former Navy Seal or Green Beret"

This very well may be true, but this is also the type of claim made by many con-men. On a lesser scale, one's military accomplishments have been bolstered by such stories. If I recall, Joesph T. was made out to be much more than he really was while in the navy.

In all the churches of God those who have money get position and power.
Those without are treated like dirt under their shoes.

This incident only serves to further demonstrate the crass elitism that is constantly at work within the COGs, especially PCG.

I remember once watching a PCG Young Ambassadors video that started with an except from one of Gerald Flurry's sermons and he was talking about how those who serve God will get "promoted".

I remember once watching a sermon by LCG's Syd Hull in which he stated that those resurrected at the return of Christ will be forever superior over those who are saved later.

At the time, I am sorry to say, I thought what he said was amazing and profound. A new piece of wisdom that further bound me to LCG.

But even then I was somewhat disturbed at the implications of what Syd Hull. I felt sorry for all those not presently called that they could never have what we in "God's Church" would have.

But on the other hand I felt greatly flattered that God HAD CHOSEN ME to be part of the elite of the God Family that would restore the Earth after nuclear World War III. So I believed him.

Today I now see this attitude is all part of the terrible sense of elitism over "the world" within the COGs that was spawned by HWA.

Today such talk makes me mad. It is disgusting and vile.

(Later Hull defected to Pack's RCG, then left him and returned to LCG as a lowly member and then later departed from this life.)

Jesus said that an evil tree brings forth evil fruit.

Herbert Armstrong was the evil tree.

We get to see the fruit.

And it's not a pretty sight.

Hey, it's not crass elitism if GOD is the one telling you you're elite. Either that or your theology is totally fucked.