Eric King: God Revealed To Me The Truth That If Gays Can Shower With Straights Then Opposite Sex Couples Should Shower Together! 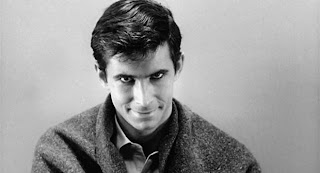 How could the mainstream media ignore such a dire fun warning from god's greatest prophet?????

COGSR Against Homosexuals Showering with Straights! “If you are going to let gays shower and change with straights…then let opposite sexes shower and dress together in public facilities with tax payer money!” [This message was given by God’s servant: Mr. E.W.King, founder of COGSR on January 17th, 2012 in Utah. Will the major News Networks address this issue? Probably not! FOX & CNN have ignored Mr. King’s accurate prophecies. They have ignored God’s true Last Day Church!” COGSR]

I'm sure MSNBC and Foxx have dedicated reporters and "this just in" news monitors for EWKing. Before every newscast someone checks on what he has said so they can be up on the latest and incoming insights of the Mighty EWKing (Rhymes with Puking) :)

Woo Hoo! Where is the closest shower!!!!!! I knew I paid taxes for a reason.

I showed this to my boyfriend, he spit coffee all over the table laughing. Can any other cult on earth have so many crazy splinter group leaders?

This has to be sent to Letterman, Leno, Hall, and Colbert.

Late Night could have SO much fun with this guy!!!!!

And here I thought the gospel was the good news about salvation and redemption.

No apparent instructions about how to keep one ceremonially clean by using the showers: Could Eric please provide intimate details on how to cleanse oneself with special instructions on how to wash the privates.

Look, you can't just give us a sound bite without giving us the excruciating details of how to be a modern day Pharisee Olde Testament Christian on these ceremonial rituals devoid of spiritual content.

And just so you know, not everyone is strictly straight or gay -- some could go either way. The right way to do it is to be married of course and not burn, committing fornication along the way and it's now possible in 15 states including Hawaii, though (sorry, FLDS) polygamy is still out no matter what state you're in.

Thank you Mr. King for reminding me as to why I NEVER tell anyone I was a part of the cult of Armstrongism. No one would believe me if I told these tales.

Is there any truth to the idea that the church that showers together stays together?

Quite the comedy act! EW King owes me a key board!

Great picture to illustrate King with. King is as creepy as Norman Bates.

You know what's funny? There were probably some gay guys in his high school or college gym class that he showered with, and he never even realized it. You'd have to be a mind reader to police this.

On the other hand, I always enjoyed showering and taking baths with my wives and girlfriends.

did the wives mind the girlfriends being there?

Good one, 10:44. But, I was always serially monogamous in my showering activity.

When I was in high school (13 or 14 yo) I recall we would always race to the change rooms to get changed out of our sports uniforms and back into our school uniforms. Us guys would always compete to see who was the fastest. Anyway 1 time I recall I misheard my female gym teacher during a game and I rushed into the change rooms to get changed. There was a door that was always closed inside the change rooms but this time it was open and I saw my male gym instructer taking a shower!!! I was like WTH?!?! I felt totally embarassed at seeing him in the nude! Anyway he saw me and said hi and then walked over and casually put on his clothes. I kept looking away (kinda reminds me now of that gym scene in "Crazy Stupid Love" b/n Steve Carell & Ryan Gosling) out of respect. But I felt so fookin awkward!! To make it worse I was wondering why no one else was coming into the change rooms. I finally got changed and walked back into the gym where all my other classmates were still playing the game!!! I couldn't believe it! My female gym teacher asked why I was dressed in uniform and I said that I thought she'd told me to go get changed. She laughed and said no she didn't tell me to do that. Later as everyone got changed the male gym teacher obviously informed his female colleague what happened in the change rooms as I saw her look at me and start laughing! I admit I was shocked at the time being young and naive and still in my asexual stage of life, but upon reflection through adult eyes I find it hilarious! Some friends and family I've told about that incident have informed me that such a thing would not happen nowadays lol!!

Yep, It would be more prudent to be more concerned with a Norman Bates or HWA type character in the shower with you than a typical gay person.

Heck, it's probably more likely to have the Christian macho school football team's star quarterback peer at your 'ding-a-ling' in the shower than a gay person doing so.

This E.W.King, is another Armstrong Kook, COGSR which is his own site, is filled with his personal predictions and claims God told him, he ramble's off about how all these other church's are 'Cult's", but not his, just the usual twist and turn, bull-crap, another way to use HWA's make it rich scheme's, this guy is probably in his late 40's, and lost his job, thinking if Herbert can do it, so can I….It's totally disgusting…..