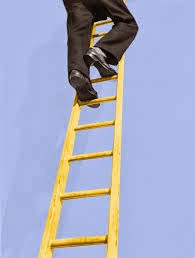 Gerald Weston is on his rapid climb up the LCG ladder to apostle-hood. After offended members of his congregation in November, 2013 with his sermon, he has caught the eye of Rod Meredith and promptly promoted up to the number three spot.  Rod had some tough decisions to make in promoting Weston to the number three spot.  Meredith's son, James, had succeeded in ticking of a large number of HQ employees and countless church members.  That was really no shocker that James was knocked off the fast track.  The shocker was that Doug Winnail is out of the picture now.

Living Armstrognism and James Malm has this to say:

Back on January 13 I posted an overview of the latest Tomorrow's World issue and I commented that Douglas Winnail did not have an article in that issue. On January 15 I devoted another post to this topic after reading an Anonymous comment at Banned by HWA saying it was Gerald Weston had displaced Winnail.

We now have confirmation from James Malm's blog, who has reported that Gerald Weston has been chosen as LCG's number three man, behind only Richard Ames and Roderick C. Meredith.

I have been waiting for confirmations and it is now confirmed that Rod Meredith has announced on several occasions that Gerald Weston is now #2 in the LCG succession list, right behind Richard Ames.

James Meredith has managed to offend most of the leading elders and has proved himself unworthy of the succession at this time.

Why that is like my cow! Udderly impressive. That makes him #3's #3! Numerology anyone?

Honestly, it is difficult in the greater scheme of things to see this as more than a snapshot in time. Ego, purges, and splinters happen at whim in these groups. Yet another forgotten name from the past becoming known, and apparently a force to be reckoned with in the splinters. Who could know it?

All this succession stuff is getting a little crazy in the COGs.

What is this, something like the British Crown, with Prince Harry, and Prince Andrew, Charles and the like! LOL!

Hey, I just found the complete chart for LCG's line of succession, and yes JOE MOELLER is in there! I am 25,032nd in line for succession for Meredith!

Sort of like the movie "King Ralph" where Ralph, a lounge singer from Las Vegas becomes King of England as a far distant descendant when the entire Royal Family becomes deceased due to a freak accident at a group family photo shoot.

I would become the next Pastor General of Living should a comet hit North America and wipe out most of the LCG, UCG etc.

In fact, I would also become co-title as the President of UCG as well! The 3 other COG survivors will be ruled well by me, and I will be continuing the "work" through the modern miracle of "CB RADIO" from world headquarters here in Cody, WY.

Lots of pressure when you are so close to the throne and just 25,032 in line to get there. A great responsibility. Banned should appreciate my presence here!

PS- Im pre announcing my candidacy NOW for UCG Council of Elders votes in the May Elections. Vote Early and Vote Often for JOE MOELLER!

Ha-ha, another split coming when Rod kicks the bucket. What? You don't really think that Ames is going to share the leadership with Weston, do you?

Never climb higher than you are willing to fall. The higher you climb the more of your rear end you expose...

Know what really puts all of these guys into perspective? The teachings and accomplishments of Dr. Martin Luther King! Dr. King's legacy will last much longer than that of his near-contemporary HWA. Dr. King freed his followers, and built them up. You won't find the equivalent of a Painful Truth or Exit and Support Network for his ex members anywhere on the internet! 100 years from now, when HWA and all of the ACOG splinter group leaders have been long forgotten, people will be reciting Dr. King's speeches, and commemorating his life and work towards the end of January each year.

I wonder if the ACOG ministers ever think of him, or even care. They certainly should, although it would necessarily be a very humbling experience. His selfless example puts them all to shame. Happy Birthday, Dr. King! We miss you.

The Splinter Era sure does give opportunities! Weston, the minister who welcomed me into WCG when I decided, after some time, to "jump in" (jump off?), would be / is just another Armstrong hack, through the years dutifully herding his local churches along the "straight path."

One distinction (if you want to call it that): He wrote an article (one only) that made it into the original WCG Good News, sometime in 1980 or so. He wrote up a sermon (which I witnessed) which began with having the children answer 10 questions or so about "basic" knowledge -- things we were supposed to know that proved our superior Biblical knowledge. Generally poor scores (which Weston seemed to anticipate) led to a harangue against the parents because they weren't indoctrinating well enough. Kind of like him saying, "Today's sermon is about what poor God's Church parents you are."

That memory endures. No other of the mean does.