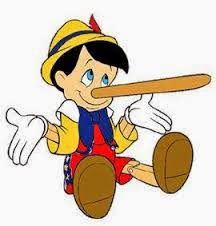 For decades we have all heard various minister get up and make ludicrous prophecy predictions.  Every single one of them has failed.

Today it is no different.  We still have Flurry, Thiel, Meredith, Pack, Kubik and many others still spouting  end of the world scenarios.  Prophecy addiction, in spite of its 100% failure rate in Armstrongism, is still the main game for these "men." They lie through their teeth and members worship at their feet.  Eighty years of epic prophecy failures still have not tarnished the beliefs of those who cannot ever dream of thinking of themselves.  They need to be told what to think and believe.  A book that barely made it into the canon is 100% true. So let it be said, so let it be done!

Everywhere we turn today it seems we are beset by self-proclaimed "prophets" trying to make a profit by predicting the future for us. We can read our daily horoscope in the local newspaper, consult a palm reader in our area, read what the ten leading psychics predict will befall Liz Taylor, or tune in to radio evangelists proclaiming what the Bible foretells for the future. Most of these prognosticators do well to have a prophetic batting average as high as .200. Looked at another way, these seers are wrong more than 80% of the time! It's no wonder these "prophets" fare so poorly, according to Roderick Meredith, for only one organization on earth today is being used by God and only that one fully understands prophecy:

"The popular, denominationally supported evangelists often make statements like this: 'I believe that God may use Russia to punish America for her sins.' Or, 'It now seems likely that World War III may come within five years.'... They use the words 'may,' 'could,' or 'might.'... The truth of the matter is that they dare not be specific about the future because they just do not know what the Bible says is going to happen! But on 'The World Tomorrow' broadcast and in this magazine we have dared to unlock the Bible prophecies and apply them to specific nations and events that are now being affected.

---------------
The leading WCG ministers attempt to rationalize their ridiculous prophecies with half-thought-out quips like "a few wrong predictions never hurt anybody" or "we were just trying to fulfill our commission in Matthew 24:14 to preach a witness to the world." (Evidently many have never realized Matthew 24:14 is a prophecy, not a commission to the church.) Speaking in a ministerial conference in January 1974, Ted Armstrong was also at first reluctant to admit that the church's false predictions had caused serious problems for anybody:

"[We prophesied in] fifteen years the U.S.A. will no longer be a nation, and 15 years has come and gone. Was that a mistake or not" ? Yes! But why get violently emotional about it? We were utterly sincere at the time it was said! We all believed it, and furthermore that kind of copy never caused anybody to lose out on salvation, or drop out of church, or make a wrong move in their personal lives, or to throw the word of God to the ground...."


Only moments later Ted all but contradicted himself by offering justifiable reasons for a person to "get violently emotional" about a prophecy that failed. He began to name a few of the "wrong moves" that had been made in personal lives:

"But '72 was the date that, you know, everything hinged on that. Nobody saved any money, nobody bought any property, nobody thought about laying up for his children's children.... We [thought we] were all going to flee or be taken away to a place of safety and everything would be left behind so [we thought]: "Why put any roots down?"


So even Ted begrudgingly admits false prophecies do cause harm in people's lives. Some WCG members, believing the "end of the world" was coming between 1972 and 1975-as the church had prophesied so often-postponed needed dental work. Others decided not to buy homes, while still others sold theirs and gave a portion of the cash they received to the church. Some young people decided not to go to college but took jobs instead to earn money for the church, hoping to thereby help Herbert fulfill the prophecy found in Matthew 24:14. Many gave their savings to the church and even borrowed money in response to Herbert's pleas to help his church avert another financial crisis-especially after being told Christ was coming soon and their money would be worthless then. Now some of these people are almost penniless, but the church says, "I never knew you."

To God, prophesying falsely is not a light matter. The Bible carries dozens of warnings from God for Christians to watch out for false prophets who "through covetousness" with "feigned words" shall "make merchandise" of them (II Peter 2:3, KJV). (The RSV renders it: "In their greed they will exploit you with false words.")

How could one recognize a false prophet? "You will know them by their fruits," Christ answers (Matt. 7:16, RSV). Continuing the analogy Christ explains, "A good tree is incapable of producing bad fruit, and a bad tree cannot produce good fruit" (Phillips translation). What do you think Christ would say about the WCG's false prophecies in view of Matthew 7? To those WCG ministers who remain unrepentant he will declare: "Depart from me, ye that work iniquity" (Matt. 7: 23, KJV).  The Prophecy Game

"The truth of the matter is that they dare not be specific about the future because they just do not know what the Bible says is going to happen! But on 'The World Tomorrow' broadcast and in this magazine we have dared to unlock the Bible prophecies and apply them to specific nations and events that are now being affected."

If they had any integrity, they wouldn't dare to be specific either. They only do it because they've noticed that mostly people don't notice if they're wrong, not only that, they don't even notice when their "spiritual leaders" who have been consistently wrong are brazen enough to start crowing, and boastfully pretending as if they were consistently right!

For Old Testament Judaizers, they've spent a lot of time cherry-picking around Deuteronomy 18:22:

Deuteronomy 18:22 When a prophet speaks in the name of the Lord, if the thing does not happen or come to pass, that is the thing which the Lord has not spoken; the prophet has spoken it presumptuously; you shall not be afraid of him.

They've made careers out of daring to presumptuously speak that which no god has ever spoken. If the bible says anything at all about the future, it's plain to see these guys don't know what it might be. They can't even decipher what it says in plain language about things that aren't time-sensitive, such as presumptuous false prophets.

One thing is for sure, if there is a god working with anyone today, it isn't any of these fools, nor could any legitimate god be pleased with any of the credulous idiots who don't have two thoughts of their own to rub together and wind up indiscriminately following these liars for decades without noticing the obvious!

Luker has been silenced. He died about this time last year.

And so it begins.

Unfortunately, apparently the God who gave the Sabbath and the Holydays pronounced a death sentence on them.

If He carries it out, the wrong predictions will hurt them... permanently.

Why do you Armstrongists cling to these losers? What do they offer you?

By the way, Luker died so sometimes the God of the Old Testament does carry out His judgments.

Herbert Armstrong did warn us: "Prepare to lower your standard...".

The standards set by the followers of Armstrongism, believing in false prophets and all, are pretty low by this time with so many failed predictions.

It's hard to imagine lowered expectations at this point.

The reason these assholes have no empathy for the people whose lives and mental conditions they so severely damaged is that they believe their false prophecies manipulated people into doing what they and their pseudo-church wanted them to do. And, of course, what happens when you wake up to the fact that nothing they say is ever going to come to pass? They can no longer control you. So, good becomes bad, and bad becomes good.

False prophecy has always been the 'hook" of Armstrongism. I recall once hearing an evangelist say that we needed to listen to his sermons on doctrine and Christian living principles in order for him to eventually get around to our dessert of prophecy. Yeah, right.

"Today it is no different. We still have Flurry, Thiel, Meredith, Pack, LUKER and many others still spouting end of the world scenarios. "

LUKER?...
Considering the fact that he has been dead for over a year, and that he is still spouting end of the world scenarios is QUITE A TALENT!

Now that impresses me! LOL!

Lurker is a zombie, don't you know that? I fixed it. The names all get soooooo confusing after a while.

Why do they stay? It is a theological issue? Is it an intellectual one? Is it psychological? I think that they need each other: the narcissistic leader who uses people, needs to be admired, is insecure, egocentric with no conscience and the members who are dependent personalities who need to be told what to think, how to live, etc. It's a match made in heaven, or should I say in hell. For the same reason people stay in n abusive relationships. Plus, after putting so much of themselves into the group, the sunk cost fallacy applies. How can they turn away from it when they impoverished their families, allowed them to be sick and even die and then allow themselves to admit that they were wrong and brought on so much misery to their loved ones?

I prefer not to come to the end of my life having to face everything "Bible" I believed was inaccurate, misunderstood, misapplied, mistaken and flat wrong. Need to get that out of the way early in the story so one can actually have a more genuine life not under the control or influence of myths and fairy tales.

How could one recognize a false prophet? "You will know them by their fruits," Christ answers (Matt. 7:16, RSV).

"You will also know them if they ARE a FRUIT!" (Me)

Armstrongites ain't got no fruits. They just have shibboleths.