Living Church of God: "Is the Leading Light In the World..the Shining City on the Hill" 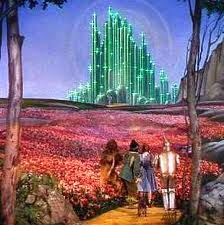 Poor Bob Thiel.  Living Church of God continues to stick it to him every time he turns around.  Thiel feels he is the one true church doing a mighty work.  However, LCG members see otherwise. Thiel thought that when he started his personality cult that many members from LCG would immediately jump ship to join him.  It never happened.  Both the corporate LCG and the membership turned their backs on him.  Theil has had to go to Africa in order to get some members that marginally look good to him.

Here are some comments from the LCG Facebook page where members lay it on the line as to what the general membership feel about the various COG splinter groups and who is doing the work.  The thread is built around the topic of  "Will the splintered COGs ever get back together before the return of Christ?"  Incidentally, this very same reason is why David C Pack was such an epic failure in October 2013, and why he will NEVER gain  a large number of LCG members.  LCG has proper church government and is doctrinally pure - at least in their eyes.


There is but one Church of God and it is the Living Church of God, though there are fellowships with the name of God's Church. However, it is the Living Church of God that is preaching with the increasing power of the Holy Spirit the whole Gospel of the soon-coming Kingdom of God and feeding the flock. - calling out for repentance and shouting out the Ezekiel warning to the Israelite Descended nations and to the world. It is the one that has God ordained and commanded governance and Biblically grounded doctrinal certainty. But, though it is the leading light in the world, it is not perfect because none who are part of it are perfect and are prone to human error - making mistakes as Mr. Herbert W. Armstrong and Dr. Roderick C. Meredith have humbly confessed. The Church has a degree of the weaknesses of the eras mentioned in Revelation as do all of us imperfect people who are part of the Church of God. Yet we have a greater degree of the Philidephian spirit than elsewhere. And we still hold fast to the 18 truths God restored to the Church of God through Mr. Herbert W. Armstrong and have not strayed away by being led astray through having itching ears and going on wild goose chases doctrinally speaking. Mr. Armstrong strong advised the saints to focus on the " trunk of the tree " and Dr. Meredith constantly warns us to see the " Big Picture ". This we, through the servant leadership of those God has put in the leading roles of the Living Church of God have done and are doing. We are the lit lamps on the lampstands, the shining cities on the hill.


So will the various COG's every regroup as one unified body?  Apparently Bob Thiel, David C Pack and other COG leaders are "abominations."


I'm not writing about what the world thinks. I'm writing about what God thinks. To Him, divisions which He Himself is not responsible for - divisions which arise from people sowing discord among brethren through factions, heresies or any other work of the flesh - are abominations and that's why "splintered COGs" is very nearly an oxymoron (a self-contradiction). We cannot simultaneously be God's Church - that is, as a people (see below) - and a house divided against itself.


The author above is correct in that a house divided cannot stand. That is why the COG is rapidly in decline.  RCG, PCG, LCG, CCOG and the others are NOT experiencing growth in numbers.  A few thousand viewers to a web site or to a TV program do not result in huge number increases and the doorway to more money flowing.  All the COG's have no presence anymore in TV.  Ask the average person if they have ever seen a COG program or read one of their magazines and 99.999999% of the people will say no.  The current status of the entire church of God is once pathetic mess.

Thou hast a name that thou livest, and art dead. :-)
(somewhere in Revelation)

A true Philadelphian would never brag about being one.

No one has sown more discord more powerfully than Rod Meredith. Just look at all his articles and sermons where he spews vile hatred at the other churches of God and encourages his followers to do the same.

We should remember something. Bob Thiel's weak, disjointed verbal presentations with the weird hand waving, the distracting background noises, and the misarranged and crooked objects in his set made an immediate impression upon all of us. But, these weaknesses most certainly already had to be known to Uncle Roddy and his staff, who have known Thiel somewhat intimately for years!

Now, you've got to know that the ACOG leaders are constantly just completely beside themselves, looking for people with leadership skills and potential to help advance their movement! The fact that Bob could only become involved in some sort of leadership role by leaving LCG and starting his own group speaks volumes. Quite honestly, he's not even that great a writer, because his conceptualization skills are too simplistic.

One of HWA's restored truths which was not total bullshit was that of the square peg in the round hole. Who do we know that embodies this classic mismatch more than Dr. Bob? This will not end well!

Thiel was living in his own deluded dreamworld if he really thought large numbers of LCG members would join him. The COGs are a rather hierarchical society and in this hierarchy Thiel was of little importance because he was not ordained.

HWA sternly taught that ministers must be ordained by his group to be a legitimate minister (meaning one his control).

Thiel was never even a minister. Of course hardly anyone in the COGs listened to him and moved to another COG group for him.

Sure, lots of people may read his blog, but that does not mean they will leave their COG group for living under his rule.

Also, he's far too late. The COGs have long ago consolidated themselves into their major groups. The divisions and assorted splinter groups have already started up. There is simply way too much competition from the COGs for Thiel to get anywhere. Also the other COGs have already been using lots of tithe money to fund themselves while Thiel has had no tithe money until he left LCG. He cannot catch up.

Thiel is doomed to be just another insignificant COG splinter group.

"There is but one Church of God and it is the Living Church of God...We are the lit lamps on the lampstands, the shining cities on the hill."
Oh? And what exactly has led you to these conclusions?

"...warning to the Israelite Descended nations and to the world."
Oh? What nations are these of which you speak? And for that matter, what world?

"I'm writing about what God thinks."
Oh? And you know this how exactly?

Curious that the statements quoted appear to put forth that Rod Meredith was a steady, loyal lieutenant, standing steadfastly by HWA's side all through the years . . . isn't there a lot of testimony otherwise?

The comment about TV is certainly correct. Both Flurry and Pack boast that there programs "are available" to viewing areas with 6- or 7-figure populations, leaving out the fact that, if they bothered with available marketing research, they'd find out that maybe 53, or just 14, households actually tuned in. And that still wouldn't account for those who tune in, realize what they are watching is garbage, and leave after only a minute or two.

Honestly, we've been dumped on for decades by the Cult of Herbert Armstrong Mafia and Roderick Meredith is a false prophet of at least 50 years standing. Those floods, droughts, disasters he predicted in the Plain Truth of the early 1960s, to bring down the United States by 1972 never happened. He's a disgusting false prophet who knew about Herbert Armstrong's incest. He is just another bad neighbor frat boy bad neighbor who needs to grow up, as does Booby Thiel. Even Herbert Armstrong felt a need to send him off to isolation in Hawaii, though it's not clear that having to live in Hawaii is much of a punishment (although Ronald Weinland being sent to Quincy, Washington wad definitely a punishment.

The Cult of Herbert Armstrong Mafia leadership preach lies and they know it. Dr. Michael Germano exposed British Israelism as a fraud in 2007, but has now joined the LCG for their education program. Pray do tell, how can they not know their are all frauds?

It's about the ego and the money. It is not about preaching the gospel or taking care of the flock (they fleece the flock before devouring them -- at least they've learned that).

There is hot one speck of viability amongst the lot of them. They deserve the inevitable entropy toward which they are headed.

Besides, they're just plain evil.

As opposed to shining darkness in the basement?

You know -- like Ronald Weinland (after he gets out of prison).

"I'm writing about what God thinks."

Like he/she knows. Oooh, enlightened one, you've been mind-melding with the deity, have you?

What a load of crap.

Oooh, enlightened one, you've been mind-melding with the deity, have you? What a load of crap.

Hey, since the person has the Holy Spirit, who are you or anybody else to disagree?

Even though so many with the Holy Spirit disagree and arrive at very different understandings and interpretations.

They must all be right...
It can't be a delusion if they're all sure they have the gift, and all have proofs galore to offer.

Pay no attention to that megachurch pastor behind the curtain...