COG Members In Splinter Groups Will Have 2,000 Years To Relearn Everything 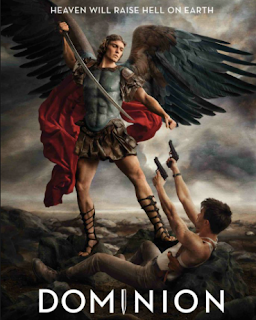 Dave has set some new conditions for the tens of thousands of COG members who will flock to his church during the "first dominion."  These poor deceived souls will then have 1,000 years under Dave's educational sermons to get it right.  Then they will move into the Kingdom of God where they will have another 1,000 years to still try and get it right.  What an exhausting prospect!  The licking flames of the lake of fire sound pretty good compared to 1,000 years with Dave and his flock of jackbooted Hilterians.


There is another group, by the way, in the middle. Which way do the thousands and thousands of people in the splinters go? Now when people learn the truth in the first phase of the kingdom, I’m going to tell you right now, they come into the Church. They don’t come right into the kingdom. They’re under the administrators in the kingdom; but they’re in the Church. It’s the end of the age. They learn the truth just like everybody else does. They come in and learn and grow and they’re fed like everybody else does. We have to be careful we don’t say “in the kingdom.” They’re not part of the administrators over the kingdom, who are up above them. They are in the Church qualifying or disqualifying, just like everybody else for 2,000 years.
So let’s go back to the question. What about all of the remnant? They know the truth. They were called years ago. Do they come into the kingdom at the time of Christ coming to His Temple? Or do they come into the Church? If you have a toggle period, which is phase one of the kingdom, you also have a toggle group in the middle—which way do they go? Turn to Luke 14. This is an enormous question. Is the remnant coming back to join us in God’s government over the world, or are they coming back to the Church? They are a toggle group—do they toggle into the kingdom or into the Church? Right now, they are in neither, we all know that.

It is going to be a messy time when all of these members come streaming back into the church.


First, I thought back when I began learning this almost four years ago, that there was a remnant that was coming back into the Church. And I thought, boy, there are going to be problems. I used to sit with the ministers many hours trying to figure out…These people are in a wretched condition. How in the world are you going to merge them right in with us? They are overwhelming in number—they believe everything under the sun—they come from different groups—they’re warring and fighting amongst themselves—their governments are all wrong—they can’t even remember what the Church is—they’ve got the gospel wrong—they are shot full of doctrinal errors. How, in the world, are they all going to be merged in with us?

I’ve worked with too many people…I’ve pastored too many thousands and thousands of people to believe that just because I’m the leader of the Church—or was their local pastor—they’re all going to agree…and you have people coming back into the Church, after a generation out of it, who can’t even remember half the doctrines of God. The potential for chaos, even in a great work, is enormous—but then we saw the kingdom and this quandary continued. Wait a minute! They’re not even in the Church and God is going to wave them into the kingdom? Think about this…Think about what I’m going to tell you. Because here is point one of a long list that explains a quandary and should give you chills, unlike yesterday, because of the thrilling news I’m going to bring you.

These degenerate Laodiceans who will be coming back will have tattoo's, woren harlot dresses and adulterer themselves.  These sick people even voted!  Oh the horrors!!!!!!!!  Shocking, just shocking!!!!  Even worse, these fools did not help build Dave's beautiful campus and worst of all refused to have two-hour church services!!  Imagine a god that spits you out because you got sick of sitting and listening to morally and spiritually bankrupt ministers like Pack, Malm, Flurry and Thiel drone on and on for two butt-numbing hours.


Number one: These are a people who stole God’s tithes—who rejected His government—who did not do the Work—who rejected the idea that Christ even had one church; wore makeup; didn’t work like we have in this organization…as I like to say of our wonderful staff…in the cold, rain, wind and mud, building this campus with inordinate numbers of hours. They not only aren’t over here helping us—they are attacking and belittling us.

They married unbelievers as freely as their ministers would permit…and didn’t walk in truth. They walked in utter disunity. They got tattoos—wore rotten dress—adultered with the world according to James 4. They vote—they have false governments. They even rejected the idea of a two-hour service—it was too long—and they go one-and-a-half hours. And I know some of God’s people, today, might think, “Wow, these sermons go a long time.”

Dave is also not happy that they rejected his "all things in common" teaching.  How DARE he be mocked!


I mean, out there, they let unconverted people come to foot-wash and teenagers do the same. They celebrate vanity on Facebook. They accept all kinds of untruths from their ministers, even in the same groups—even within the same groups. They mock and reject the idea of common. They attacked us


All of these "special knowledge" that Dave has makes his few followers think they are the chosen ones. The gods and goddess set to run the universe with all of humanity under their thumbscrews. What a joy the first dominion and the kingdom will be with these fools in charge.

We are instructed to pray for the kingdom to come, yet in this case we need to pray that "kingdom and dominion" never ever comes! 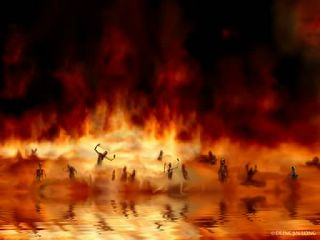 I'm tellin' ya, Medication not Congregation...

Delusional disorder is characterized by the presence of either bizarre or non-bizarre delusions which have persisted for at least one month. Non-bizarre delusions typically are beliefs of something occurring in a person’s life which is not out of the realm of possibility. For example, the person may believe their significant other is cheating on them, that someone close to them is about to die, a friend is really a government agent, etc. All of these situations could be true or possible, but the person suffering from this disorder knows them not to be (e.g., through fact-checking, third-person confirmation, etc.).

Delusions are deemed bizarre if they are clearly implausible, not understandable, and not derived from ordinary life experiences Delusions that express a loss of control over mind or body are generally considered to be bizarre and reflect a lower degree of insight and a stronger conviction to hold such belief compared to when they are non-bizarre. Accordingly, if an individual has bizarre delusions, a clinician will specify “with bizarre content” when documenting the delusional disorder.

People who have this disorder generally don’t experience a marked impairment in their daily functioning in a social, occupational or other important setting. Outward behavior is not noticeably bizarre or objectively characterized as out-of-the-ordinary.

Grandiose Type: delusions of inflated worth, power, knowledge, identity, or special relationship to a deity or famous person...."

This is too funny! As if Pack is somehow different and above all the other little ACOGs, and is not part of the delusion collusion! Much of the stuff he seems to feel is mandatory for the millennium and kingdom is extrabiblical, either originating with himself or HWA. I believe he's got a lot of surprises coming. How can he not be punished for all of the evils he has brought into his peoples' lives?

I can't help but think more and more, that Dave Pack is demonic. He has formed his own religion that is neither biblical nor rational. How anyone can sit there for hours while he throws the bull shit, is beyond me. Dave is in a very dark place. He believes his opinions carry the same weight as the bible, in fact, he probably thinks his words are more valid.

I have yet to read quoting the scriptures that tell us to prove all things. Perhaps this is due to the fact that no one can prove his sayings as having biblical authority.

He still cannot identify Zech.11:15-17 as speaking of HWA. If and when this truth hits him, he is going to crap his pants.

I think he is like Herbert Armstrong -- a very loud delusional obstreperous imbecile fool.

The brilliant ones left Armstrongism long ago.

The more brilliant ones never joined....

Dennis, the good news is that at least it's obvious.

The typical atheist says if God did not exist it would be necessary to invent Him. So if they think people need to believe in God why are they always deconstructing God? Either they are stupid or they don't believe their own rhetoric.

Apparently, Dave visualizes the people who rebelled against his unfair Pharisaic harshness as being forced to return to him, and there being difficulty in reassimilation. I believe there is going to be a different kind of correction, one that may involve a demotion to Dave, and possibly the Lake of Fire for his string of false prophecies that he is trying to spin as still being "game on".

Oh, boy, here we go again! Dave Pack is competing with the likes of Bob Thiel, Rod Meredith, Jame's Malm et al to share more of his fake prophecies with us!

Or, was all of that satanic baloney just a bunch of Junk Food: aka FAKE NEWS?

Dave must know that this is all made up nonsense. It says something about his opinion of his members (ie they are gullible fools) that he hits them with this garbage.
First his gullible fools send in all their money, next he fills their minds with what he knows are Alice in wonderland fairy-tales.

He must be privately laughing at his members.

2 hour sermons are commanded in the Bible. Not really, Dave just made it up along with most of what comes out of his mouth. " The potential for chaos, even in a great work, is enormous." David's writings are chaos. His ideas are chaos. David is the author of chaos. 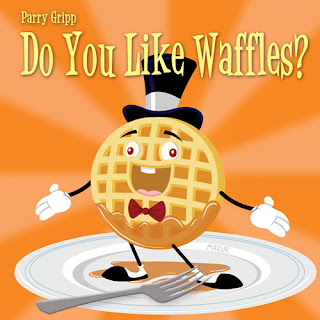