The Dilemma of God as Healer 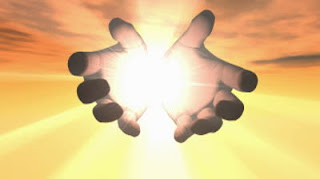 From The Progressive Redneck Preacher blog.   The author is a former WCG minister.

As I reflect on the Psalmist’s words, fleshing out who this “Great I AM” is revealed to Moses in Exodus 3-4, I find myself stumbling a bit over this description of Yahweh, whose name is usually translated “The LORD”, but which I render “the Living One” here as an allusion to God’s explanation that Yahweh is the I Am in opposition to gods that are not.  This Living One or One Who is “heals all our diseases”.

I remember as a young boy in the Church of God movement in which I was blessed as a baby and raised, hearing a lot about healing.  Though this particular Church of God movement was not the Pentecostal movement called Church of God, but instead a Church of God group that was a spin-off of the Seventh Day Adventists, boy did they believe in healing.   I was told coming up how daddy and momma tried real hard to become parents to no avail.  And how they went finally, in an act of desperation and faith, came to the preacher at the Church of God and he (yes, these churches only had preachers who were “he’s”: no women preachers since Jesus wasn’t a woman, after all) took healing oil, anointed momma like it says to be anointed in the book of James, and “bam!” next thing we knew my big brother was on the way.   And then, one after another, each of the rest of us four children came into the world.  Growing up with that story of anointing and healing inspired me, especially with a name liked “Micah” taken from the story of the Bible prophet, to see my life as having begun with great purpose.  To see myself, like the Psalmist in Psalm 139, as knit together even in my mother’s womb with potential to be one who, together with God, helped the world become more beautiful and whole.

Yet I also remember growing up hearing a counter-story.   Each of us, when we got sick, in turn, had the preachers of the church come, take that book of James healing oil and smear it on our foreheads, praying for God’s healing presence to be known.   So many stories were told of how it brought healing and comfort to us.  Daddy told us too, though, how one of us had oil placed on their head, when dealing with meningitis.   Like a snap of the fingers, that meningitis went away.  Yet, years later, this dear little one developed childhood diabetes.  And all the anointing and praying in the world wouldn’t take it away.  Daddy agonized over that.  How could God be healer, if God touched us in so many healing ways through their faith and the preacher’s hands, yet also didn’t heal something as serious as diabetes?

Later, other conditions of all types struck our family and each of us in turn struggled over how to understand God as the Living One “who heals our diseases”.

The Dilemma of God as Healer in a World of Illness, Pain, and Disability

Nothing says 'cult' better than beliefs that don't work.

I heard all those stories about healing. There bullshit.

If there's a God, he helps those who help themselves, which translates as "God gave us healers if your not so fucking stupid as to reject their gift."

"The Dilemma of God as Healer in a World of Illness, Pain, and Disability"

Which one? Asclepius? Sekhmet? Angak? All of the above?

Since all the gods are hidden, I don't see why we should trust one hidden god above another hidden god.

If we recover from our illness, god gets all the credit; if we do not recover, we get all the blame. Seems legit.

The problem comes in if you hype your church as exclusively having the gift of healing. If it really did have the gift, then it would be a no brainer. Of course you would want to get with the plan, to receive divine healing without any medical complications!

If you know from past experience and testing it that your church does not have the gift of healing, then it's totally unethical (and just plain stupid) to compel the members to trust it and die. Unfortunately, in a goverment from the top down ACOG, knowing that doesn't prevent the stupidity. And the "leaders" somehow always seem to want to test it on their wives!

I've heard of cases where a sick person has died after being anointed, and even after four days when the body has began to smell, the minister still insisting that God will heal. This is literal insanity, defined as departure from reality.
The bible and bible interpretations should not be divorced from reality. If it clashes with reality, the bible interpretation is obviously faulty.
The only explanation for this (murderous) madness is that people are trying to coerce God into unconditionally healing in every case. In the book of Acts, Paul and Barnabas were treated as gods by the locals when they healed a person. This is what's behind the stubborn, irrational 'God must heal every time' religious dogma.
Ministers want to be worshipped by other people, like Satan trying to exalt himself above God.

If ministers were up front, they would proclaim 'worship me, worship me folks.'
If you think about it, they are already doing a de-facto version of this by lording
it over church members. Worshipping ministers and lording ever church members amounts to the same thing in practice. These ministers are worthy of the lake of fire. The world will be a better place when they are gone.

I don't need prayer for healing. Our property has enough ginseng growing on it for domestic use. That's one of the the most powerful placebos known to Chinese medicine,* and it's completely natural. My father was a great believer in HWA and also in natural remedies, so ginseng must be HWA-kosher. For me it doesn't have any greater therapeutic effect than the holy spirit does, but at least I know it exists. I can see it, touch it, smell it, and taste it. Its voice, however, is indistinguishable from the voice of the holy spirit.


*Unless we're talking erectile disfunction. For that you got to have powdered rhino horn, but that substance is illegal to possess. So if you're a male Armstrongist and your spirit is willing but your flesh is weak, your only remedy is prayer, unless you sinfully resort to pharmaceuticals. Just guessing, but if I were a betting man I would put my money on the proposition that, if Viagra had come along before he died, HWA would have received a new truth shortly after it was introduced.

I start my day, every day, with a 16 oz glass of green tea with genseng and honey. This practice began a couple of years ago, and It has been beneficial to my quality of life. Several times per week, I also drink grapefruit juice before bed. It's always good to ingest antioxidents.

Yes, I believe in divine healing.

God has healed many people that I personally know for a variety of ailments over the years. Including me and my family. BUT - He will not always heal us for every little or big sickness that we will have over the remainder of our lives. If He did, then none of us would ever die while in this flesh. He doesn't want us living on in the flesh forever.

If you read the Bible, and everyone of us here has, you will see that many if not most of His faithful servants and people in the Old and New Testament's died due to illness, disease or martyrdom. There are many documented Biblical examples of faithful servants and Christians being sick. That's just part of life, even for Christians. Very few Christians and OT servants lived into old age and died relatively peacefully. The Apostle John comes to mind.

I'm very sorry many of you have lost your faith in going to God and asking Him to heal you. But even if you do seek Him in that way, sometimes the answer is "no" or "not now, but later".

When it comes right down to it, if you are an ACOG member, why would you even want to be healed of a terminal illness? Death would free you from oppression by your minister, from a miserable life, and since they teach that any day you could lose your salvation, death kind of locks your eternal security into place. Also, you are not going to accidentally slip into Laodiceanism and be requird to endure the trib. So, death, as opposed to healing, becomes a supreme blessing! If I were a member of one of the Armstrong Churches of God, I would wish to be dead every single day the instant I woke up! Mind you, I believe that there is correction for Armstrongism, and something much better actually ahead, but I'm just saying..... not bad to be resurrected to the correction as opposed to what you have been brainwashed to expect!

Now, if you are in lingering pain, or a downward spiral which could cause years of misery, then divine healing, or obtaining proper medical care and a cure becomes very important. Otherwise, death might actually provide tremendous relief! No more Jerry, or Dave, or Ron! Adios Culpepper, McNair, and Leap! Am I leaving anyone out?

I believe in divine healing too.

Sekhmet has healed many people that I personally know for a variety of ailments over the years as well. Including me and my family. BUT - Sekhmet will not always heal every little or big sickness that we might have. If Sekhmet did that, then none of us would ever die while in this flesh, and Ra doesn't want us living on in the flesh forever.

If you read the Book of the Dead, you will see that many if not most of His faithful servants died due to illness, disease or assassination. There are many documented examples of faithful servants and and even the pharaohs who were the sons of Ra, being sick. That's just part of life. Very few servants lived into old age and died relatively peacefully. Pharaoh Tutankhamun, who had many physical ailments, comes to mind.

I'm very sorry many of you have lost your faith in going to Sekhmet and asking Him to heal you. But even if you do seek Him in that way, sometimes the answer is "no" or "not now, but later".

until they get out of the mindset that they are righteous and blameless, there will be no general healings until the time appointed...