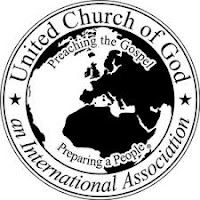 Now let’s read quickly, again, what we’re all familiar with, but it’s important to see it…II Thessalonians, chapter 3, verse 6: “Now we command you, brethren, in the name of our Lord Jesus Christ…[Before I go on, remember, again…Just what is it, brethren, that makes us different from the churches of the world? What is it again? We obey what God commands. We obey God. So here’s a command.]…that you withdraw yourselves from every brother that walks disorderly, and not after the tradition which he received of us.”
Even traditions—not just truths—traditions…Somebody says “I believe every doctrine of the Church, but I just refuse to believe certain traditions”…whatever they might be…“I think we should have one song to open services and three to close.” That’s a tradition. Somebody says “I refuse to believe we’re doing it right.” I’m being facetious, maybe a little silly, to illustrate a point. That’s a tradition. There’s no verse in the Bible that says you do it that way. “I think services should be an hour and a half.” The United Church of God thought that…they blew off that tradition. By definition, when they blew off a tradition established by a righteous apostle for decades, do you realize—in a sense—you cannot have fellowship with the 10- or 12,000 people in United on that basis alone—because they have 45-minute sermons. They do many other things that are wrong in their services—and they teach a host of false doctrines as well—but they blew off the tradition of length of services.
There’s not a verse you can turn to that says the length of service, but if every pastor says “I think it should be an hour”…“Well I think it should be three hours”…Then somebody else says “Well, I think 30 minutes is enough.” Someone else says “Well, I like two hours”…but somebody else says “Well, I want an hour and 45 minutes”…Think…Can you imagine the chaos just on the length of services? That’s not a doctrine, but a tradition that carries the weight of doctrine. So let’s imagine something in the sphere of what Paul is talking about—traditions. And then…

But the sermons are all milk and no strong meat. It shows in the comments on this blog. There are people who have attended services for decades, but their comments reveal a lack of understanding. This withholding of spiritual meat, must be a calculated decision by the church leaders in order to dumb-down its members.
If all members get is religious talk with no substance, what difference does it make if services are one hour or two or three. You learn nothing anyway.

The We-Keep-You-ignorant Church of God.

How insanely petty.
RCG members, isn't it about time to leave?

Well, gee Dave. Should incest be some kind of tradition, too?

Dave's sermons are finished earlier than he realizes. The remaining time is just tradition

Silly comment (as usual) by Pack. Using the same principle, a tradition can be tied and untied by the leadership, as long as it's consistent within the group itself.

Estimates for the average human attention span range from 8 seconds to 20 minutes.

How long would a Dave Pack sermon be if you edited out all the blather?

The way things are going, perhaps United would be best served with drive through services.

David Pack is a hyper-strict letter-of-the-law kind of guy. He is a definite pharisee. I'd be willing to bet he even reads the Talmud, a book which promotes lying and murder. It was the letter-of-the-law pharisees like Pack and Flurry that killed Jesus. He could nuke 7 billion innocent people and think he's doing it all for God.

Hey give Pack some credit! He's kept the tradition of stealing, bullshitting, making shit up, lying and being narcissistic!!

The word "tradition" always seems to remind me of Fiddler on the Roof.

As the main character, Tevye, said, "You may ask, how did this tradition get started? I'll tell you. I don't know. But it's a tradition..."