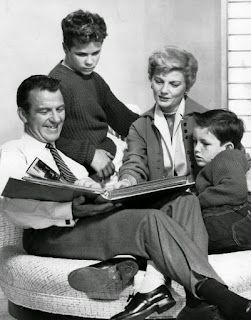 The dingbats of Armstrongism never cease in imagining everything in the world being pagan and therefore bad. Pagan's built houses, wore clothing, some ate meat and some were vegetarians, got married, and had kids, therefore according to the absurdities of Malm, we should not do any of these either.

This is the latest from the Chief Pharisee James Malm. This is what happens when you prostitute yourself to the law instead of following that inconvenient dude you CLAIM to follow.


Mothering Sunday was a pagan celebration of mother and child in a spring fertility festivity associated with Easter from the most ancient times.
Since the advent of the Roman Catholic Church this very widely honored pagan holiday of mother and child worship was adopted and renamed Mothering Sunday as a celebration for the “Virgin Mary and child”  on the fourth Sunday of Lent.
Mother’s Day was later spread in America when in 1912 Anna Jarvis trademarked the phrases “Second Sunday in May” and “Mother’s Day”, and created the Mother’s Day International Association. She specifically noted that “Mother’s” should “be a singular possessive, for each family to honor its own mother, not a plural possessive commemorating all mothers in the world.” This is also the spelling used by U.S. President Woodrow Wilson in his 1914 presidential proclamation, by the U.S. Congress in relevant bills, and by various U.S. presidents in their proclamations concerning Mother’s Day in America.
The ancient day of honoring mother [Semiramis] and child [Nimrod] was continued by the Anglican and Catholic church’s in America, and later Anna Jarvis backed by the Methodist Church sought official recognition of a national Mother’s Day.
Honoring mothers or fathers on one day is also a distraction from honoring them at ALL times as God has commanded. Too many give a Mother’s Day gift and think their duty done for the year.
I would suggest that we commonly give our parents tokens of our appreciation regularly throughout the year and not celebrate the pagan Mothering Day.  A good time to do so would be on our own birthday’s when our mother’s birthed us into this world.

Here's another guy with far too much time on his hands, and he uses that time to play mud pies.

In addition to the Sabbath and Holy Days, there are all number of Jewish days meant to honor something. The same logic that was applied to Mother's Day could be applied to any of them.
Anna Jarvis, the West Virginian who started Mother's Day in 1908, wanted only a handwritten letter to be given as a gift.
And to "honor" parents primarily meant to support them in their old age or in time of need. Jesus made a point of this when he said how some traditions overturned this -- essentially, to give your money to "the church" instead of your parents when they were in need of it is wrong... regardless of the "no contact" rule.

Honoring [the holy days] on [their] one day is also a distraction from honoring them at ALL times as God has commanded. Too many give a [holy day offering] and think their duty done for the year.

Saturday was a day in which the God Saturn was worshiped, thus Saturday must be pagan and should not be kept by Christians.

What's wrong with the thinking of men like this?

Maybe we need to get away from legalism and regarding days as holy. Instead we need to treat each other as special, with more love and respect. Who cares if mothers day has pagan origins? The concept of honoring our mothers is a good thing. So what if it has origins that where fertility rites. Fertility is not a bad concept. We wouldn't be here if our parents where not fertile. LOL!

Anonymous said...
Could it be that the Hebrew holy days had pagan origins?

Yes. The Holy Days are pagan.

Well , it definitely can be said that Malm himself is a "Mother" !!

Girls don't poop and second now I have a mental picture of my parents as "fertile people."

The day is spoilt for me.

Btw I hope y'all reading, if possible at all, took the opportunity to spoil your mothers.

Hislop saw origins where at best there was coincidence. Avid fan of Hislop that he was, HWA schooled the entire WCG in the Hislop "research" method.

Fact is, pick a day, any day. If you go back far enough, you will find something in paganism that coincides with your chosen day. It is improper logic to conclude that what the pagans did on that day is the origin of what we might do on that day today. Time is a great eraser.

What person (with the exception of a cult zombie) is going to be thinking of Semirammis and fertility rites as they take their mom to brunch today?

BTW, HWA never allowed anything of importance to happen on Sunday. He felt there was always a built in paganism factor on that day, which is what influenced his Pentecost Monday doctrine.

Just for the record.
I don't think HWA condemned mothers day. And he took his mother on her first plane ride in 1947 or so. I like that thought. This was at about the time my great grandmother would wave at queens and kings on television, since returning the favor would be the polite thing to do.

Time is a great eraser indeed and technology also.

Most have forgotten how dependent we were on knowledge of the cycles, fertility, farming, the joy of the first wave sheaf etc. Milk does not come from packages with missing children.

Speaking of children's images. They might just represent the pagan worship of our former valued pension funds. Nowadays they are just a nuisance who hate you when you take their I pad away. So far the joys of fertility.

James Malm is an idiot and a liar. Julia Ward Howe (Battle Hymn of the Republic) is the one who started the idea of Mothers Day with this proclamation:

Arise then...women of this day!


Arise, all women who have hearts!
Whether your baptism be of water or of tears!
Say firmly:

"We will not have questions answered by irrelevant agencies,
Our husbands will not come to us, reeking with carnage,
For caresses and applause.
Our sons shall not be taken from us to unlearn
All that we have been able to teach them of charity, mercy and patience.
We, the women of one country,
Will be too tender of those of another country
To allow our sons to be trained to injure theirs."

From the bosom of a devastated Earth a voice goes up with
Our own. It says: "Disarm! Disarm!
The sword of murder is not the balance of justice."
Blood does not wipe out dishonor,
Nor violence indicate possession.
As men have often forsaken the plough and the anvil
At the summons of war,
Let women now leave all that may be left of home
For a great and earnest day of counsel.
Let them meet first, as women, to bewail and commemorate the dead.


Let them solemnly take counsel with each other as to the means
Whereby the great human family can live in peace...
Each bearing after his own time the sacred impress, not of Caesar,
But of God -

In the name of womanhood and humanity, I earnestly ask
That a general congress of women without limit of nationality,
May be appointed and held at someplace deemed most convenient
And the earliest period consistent with its objects,
To promote the alliance of the different nationalities,
The amicable settlement of international questions,
The great and general interests of peace.

Armstrongism's preoccupation with the Old Covenant fostered a lot of wild speculation based both on the customs of the Israelites, and those of their pagan neighbors, as if one day all that we consider modern and contemporary would be wiped out. Teachers of Bible classes at AC would speculate that in the millennium we'd all return to wearing robes, marriages would be arranged by parents, that we'd all be speaking Hebrew (God's perfect language), and other ridiculous things. So it is no wonder that we see minor figures in Armstrongism, like Bob Thiel, James Malm, and Dave Pack making totally unwarranted speculations. It's their attempt to distinguish themselves.

They assume the worst in prophecy. They envision a return to the bronze era as a utopian millennium. Everything today is pagan. Zero tolerance "my way or the highway" governance. All the "important" people in the Bible were white. The high side of natural cycles are God's blessings, and the low sides are God's punishment. Everything in the Bible is always literal, and serves as a rock-solid basis for legalism. The Pharisees were actually right, their sin being that they were hypocrites. When Jesus returns, He's going to install Armstrongism as God's government for ever and ever and ever.

What could possibly go wrong with all of that?