How Proud Should We Be of William Miller? 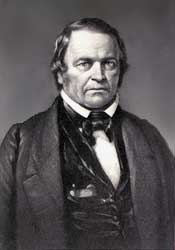 Armstrongism has always loved to connect it's self to William Miller as proof we are in a continual chain of Sabbath keepers.  But, just how proud should we be of our association with Miller?  The It's OK Not to be a Seventh Day Adventist web site has several postings on it's sidebar from newspapers that had articles about Miller and his cult in the late 1800's.  Like Armstrongism, Millerism is riddled with one failed prophecy after another.  People have died because of Millerite teachings just as they have under Armstrongism.

Instead of bragging about our connection to him we should have been examining what he said and taught.  We should have been reading about how people sold their homes, farms and personal belongings because of his rantings so that our own people would not have done the same thing in 1969-1972. Maybe then we would have been more willing to see the lies and false prophecies that emanated from Herbert Armstrong, Rod Meredith, Herman  Hoeh, Dean Blackwell and Gerald Waterhouse.

How many more need to die in Armstrongism before people finally wake up?

Check out It's OK Not to be Seventh Day Adventist  for more of these articles.

They have also published a book that details the Millerite movement that Armstrongism broke off from.  One interesting thing about the book is the cover. 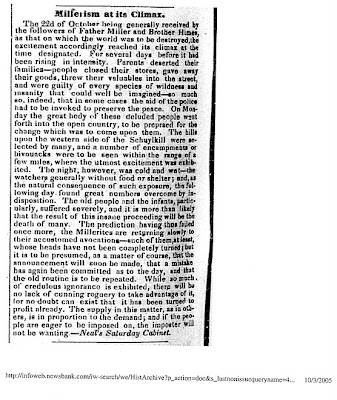