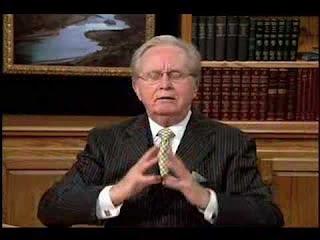 On November 18th, 2010 The Painful Truth web site posted a letter from a man who's niece had been thrown out on the street by her parents, members of Gerald Flurry's cult, The Philadelphia Church of God.

Philadelphia Church of God Parents Abandon Minor-Aged Daughter
When my 17 year-old niece told her parents she no longer wanted to participate in the Philadelphia Church of God, her cult-member parents abandoned her to the streets. “God’s Will,” her mother said.
For some time, my niece has been disillusioned by the Philadelphia Church of God. Her first awakening occurred when she asked her parents if she could stay with a non-cult member relative who lives on the East Coast, (that would be my wife and me), for two weeks, as part of her summer vacation. A boy her age, (a non cult member), who was enrolled in an accelerated program at school studying to become a doctor, was staying with us. My niece particularly wanted to meet this boy because she is also interested in studying medicine. The relative, that would be me and my wife, planned on taking the boy and my niece to see NYC and the NJ shore. My niece’s parents adamantly refused to let her visit the us. My niece’s “God ordained head of the household father,” who had been barred from practicing nursing in several States for violations, (I believe he showed up at the care facility in which he was employed, intoxicated. First, he was suspended for 2 years, then he had his license revoked permanently), especially wouldn’t even hear of the idea. My niece became distraught. Instead of letting their daughter enjoy her summer vacation with a like-minded teenager pursuing a career in medicine, her parents forced her to stay at home in the company of another girl from the Philadelphia Church of God. My niece says this cult member spent most of the time on her cell phone, bragging about having a three-way with two Mexican boys.
Another important event influencing my niece to leave the Philadelphia Church of God occurred while she was attending the Philadelphia Church of God youth camp in Edmonton, OK. Camp organizers forced my niece to play soccer in the heat, even though she had high fever. When she returned home, she had puss running out of her ears, and was deathly sick for two weeks afterwards. PCOG believes in relying on God’s faith to heal. Philadelphia Church of God “ministers,” camp organizers, and her parents refused to treat her medically.  The rest of the story is here: Horror Stories, How Bad Was It?

The follow up to this story is here: Wrecked Family: Part 1

After spending $2,000 on rescuing my niece from the streets after her PCOG parents abandoned her, she no longer talks to us, unless the topic of conversation is about money. I believe PCOG intimated her parents, threatening them with “disfellowship,” unless they stopped their daughter from telling us about PCOG. Perhaps PCOG read her story posted on this website.

As far as I know, my niece is back “dating” the younger, classmate boy referenced in my first story. Side note: According to my niece, her PCOG mother accused this non-cult member boy of statutory rape, confronting him in the hallway of her daughter’s public high school. My niece is actually almost a year older than him.

I had first hand experience with the utter incompetence at the PCG summer camp in Guthrie, OK in 1996 when my son and daughter attended.

When we arrived there a day or two before the camp ended we visited with the campers and staff and spoke to Gerald Flurry at length.

We were appalled at what we found. My daughter had second degree sun burns covering on her face her lips were seared and infected from being forced to play sports activities for many hours in the scorching sun without being offered any sun screen. My daughters knees had been damaged from these same marathon sports activities. They were treated like they were seasoned atheletes and run into the dirt.

My daughter had pain from her injuries form many years after that.

She related how they were all forced to go mountain biking in very steep hill country around dangerous boulders and cliffs. At one point they were forced to ride down an extremely steep hill which terrified my daughter who grew up in Florida and never rode on any hills.

One of the girls lost control of her bike during this part of the ride and body slammed a huge bolder at a high rate of speed. It was a wonder she was not killed. My daughter said she had a bruise that covered nearly her entire side.

My son's ankles were both so badly sprained that he could barley walk from this marathon of sports. They still wanted him to play in the final softball tournament without any medical attention. We forbade it and made him sit it out. If we had not arrived when we did no telling how bad his injuries could have been.

When we first arrived at the beginning of the camp to drop our children off my wife and I were shocked and my daughter very embarrassed at the first sight we observed. Dennis Leap, the camp coordinator, came riding up on his mountain bike next to where we were unloading or children's gear. He was wearing spandex riding shorts that are skin tight. He was carrying a little extra weight so to start with the sight was bad enough, but what was worse was his "package" and you know what I mean, looked like he was very happy to see someone. To be kind it was repugnant, to be honest it was just LEWD. My wife and daughter spun around away from him while he was greeting them and froze wide eyed staring at me.

After he left my wife and I had a private discussion out of our children's ear shot and actually had reservations. I had a strong feeling, which I wished I had heeded, not to leave them there for the camp. But we talked ourselves into leaving them because we knew how much both of them were looking forward to this and many of their friends were there.

We found out also that the monitor that was in my sons dorm was an immature boy who had no control over his dorm. There were vicious hazings and my son fell off a porch roof and could have been injured though he just had minor scrapes.

It took many months before my son could walk without pain in his ankles. My daughter still has slight scars on her face from the severe sunburn she suffered.

But that was not the end of it.

When we were loading my son and daughters gear into our motor coach for the return trip to Florida all of the campers were crying, hugging, saying their good byes, and all saying something like a slogan they learned from camp. I couldn't quite make it out so I slid a window open to hear better.

I usually don't write this kind of vocabulary, so forgive me if you are offend, I apolgize in advance...BUT I was PISSED when I realized what the slogan was...PISSED!

Those worthless BASTARDS had used the two week camp to indoctrinate and brainwash our children into Gerald Flurry's insane prophecies about FLEEING TO PETRA. And told them there would not be a camp next year because they would all be together in PETRA.

That is when I fully realized what a 'BOWL OF SPIDERS" the PCG was. When we got back to Florida I started my exit strategy and did not send another dime to them, and I was a rather large contributor. I know they saw that right away and that was a large part of why I was disfellowshiped so rapidly by the regional pastor that I wrote about earlier.

I feel very sorry you had to get involved with this INSANE BASTARD too.
My mother-in-law and brother-in-law are still in that group, just as blind as they can be. At least I only wasted two years there.

Michael Maynard's testimony regarding PCG summer camp needs wider exposure. Perhaps it should be re-posted on the Painful Truth website.

I agree. Either posted or referred to in strong terms.