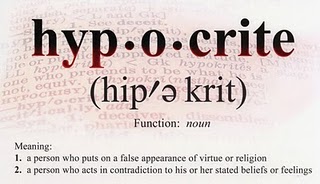 ACOG ministers are constantly saying weird things. Billingsley has plenty of company. Sometimes the ministers even fight amongst themselves in their own church's publications. LCG seems to do a lot of this, with anti-Meredith, anti-Germano and anti-Winnail factions often quite recognizable. Soon enough I'm sure we'll see an anti-Weston faction start taking its turn. What does this tell us about the LCG ministers who are letting their media effort be used in that way? Are they so eager for power that they delight in cutting down the senior men, not realizing that when the senior men fall, the junior men will fall with them?

The latest example is an article online at Tommows World

The article tells us that Turkey's Recep Erdogan is an autocratic tyrant who seeks to implement Godly rule as he understands it, and is purging Turkey of people who oppose his plan to move away from anti-God secularism. The commentary tells us that Christians aren't to act in such an autocratic way. They should be more "introspective" than Erdogan, and instead of purging their enemies should "learn from past mistakes."

How can LCG reconcile the purging of John Robinson with the standard set in this LCG article? Is this LCG article not a direct attack on Rod Meredith? Is LCG publishing it because there's an internal power struggle? Or are they just a bunch of clueless brainwashed zombies who are at peace with the cognitive dissonance that comes from saying one thing while doing another? LCG has now come out plainly in print as opposing autocratic rule. How can it defend this position against the reality of its form of government and Rod Meredith's practice of the form? In publishing this article, they are either hypocrites, cynical manipulators, or outright idiots.

Their own hypocrisy is either below their level of perception, or they may be posing. The old saying "don't pretend you don't know" probably applies.

Look at what LCG published on its Charlotte website (http://www.charlottelcg.org). LCG is definitely preparing for another round of purges. This is what HQ minister Mike Desimone wrote:

Some of us may have even experienced someone withholding information or knowledge from us so that we can’t “take over their job”. Withholding information that could be helpful to someone is a form of exerting control or “lording it over”. This might be a spouse, a coworker, a teammate, an employee, a boss, or a friend. While sometimes it can be due to poor communication skills that we need to fix, it can often happen with a latent intention that has underlying logic. The logic might include: “I want to make the decision myself, because I can…”; “I don’t need anyone’s input…”; “I don’t want this person to be able to make a decision without needing me…”; “I want the other person to depend on me for the next step…”; “I don’t want this person to take my position…”; “I don’t want this person to rise higher than me…” This could range from directions in the car to someone else being promoted beyond us because of our helping them.

As true Christian leaders in the Church of God (every single one of us), it’s our job to serve others in humility by freely giving knowledge and information... [S]ome questions as food for thought:

It sounds like Meredith wants to purge someone (or ones) that is currently hoarding information that makes them unpurgeable. Aside from that, it sure reads like a screed against an autocratic, hierarchical government being practiced. What a horrible work environment LCG HQ must be!

"Or are they just a bunch of clueless brainwashed zombies who are at peace with the cognitive dissonance that comes from saying one thing while doing another?"

Ding ding ding! We have a winner!

An environment of fear and intimidation. You never know when your number is up. Lots of nightmares.

The article is "Erdoğan's Purges and Turkey's Future" by William Williams.

My word. I had no idea that factions within LCG used articles as a way to condemn others within LCG's 1%.

Authoritarian societies tend to shut down open communication and once that happens issues are addressed obliquely and through allusions. I hear that is how things operated in the old Communist countries.

Something I think everyone needs to understand about Meredith and LCG, is that Meredith was the point-man as the boss of all the ministers in creating that "ministerial" corporate subculture in WCG during a critical period in its growth and development.

There are corporations whose managements use Social Darwinist approaches, creating hypercompetitive workplaces, with the idea that the "best" employees will rise to the top, and the process of their ascent, forcing out the rest. Enron, the failed energy giant, was one such company that followed this theory. I don't know if this was exactly Meredith's theory about how to manage the ministry, but the ministry he created had a similar dog-eat-dog hyper-political feel about it.

One should not be at all surprised to find that the corporate culture Meredith has created in Charlotte isn't more of the same of what he created 50 years ago in Pasadena.

Regarding the Robinson purge, a Charlotte friend says an HQ minister checked and found out that Robinson is still tithing to LCG, while his former boss Bowmer has stopped tithing. Could Desimone's comment be a hint that Bowmer was "hoarding information" that has departed with him?

Look at Desimone's five questions and ask yourself how well they apply to Rod Meredith.

Do I allow others freedom of personality and process, or do I have to be in control?

Was he deliberately attacking his boss? Is Desimone feeling crushed by the "big" ministers who hoard information that he thinks could help him advance? Does he even realize how unpleasant his questions make LCG look to outsiders?

If it quacks like a cult, it's a cult. Duck while you can!

"Something I think everyone needs to understand about Meredith and LCG, is that Meredith was the point-man as the boss of all the ministers in creating that "ministerial" corporate subculture in WCG during a critical period in its growth and development."

That is an insightful comment.
In the early seventies/late sixties the average age for wcg ministers was 26 or something. I think that is also important in understanding the development from an organizational viewpoint.

Ah well it wasn't JP Morgan where every year as a standard procedure they fire the ....% lowest performing employees......regardless.....even if they perform extremely well... they would still be the lowest performers.

Never , never , never. EVER, rely on any COG for a paycheck at any level of employment!

(That is unless you enjoy giving up any autonomy , security, self respect, independent thinking, and self determination. )

I was there under the corporate structure Meredith set up. It was an atmosphere of competition, back-stabbing and fear. I see nothing has changed.

Something here doesn't make sense. Williams used to be Editorial Assistant to the purged Robinson and Bowmer. Why would he write an article condemning autocrats who purge disloyal underlings, so soon after Rod Meredith purged disloyal employees in Williams's own department? Is Williams somehow related to Meredith that he can get away with that? Is it that someone is trying to purge Williams, now that his former protectors are gone? Either way, Williams has succeeded in making Meredith look like a Turkish dictator. Good job!

Hypocrisy abounds throughout all the groups. When you've endured one and think you've seen it all, another one even worse takes over. Nothing new under the sun.

http://www.tomorrowsworld.org/commentary/erdogans-purges-and-turkeys-future
Drawing Biblical connections with secular propoganda!
Do they realize how much they are enabling Clinton and Obama by believing in that propoganda?
Wait,....I forgot, propoganda is their sole modus operandi.

Anonymous said...
This comment has been removed by a blog administrator.
September 8, 2016 at 7:18 PM

Well you people just don't get it- all this talk about Meredith when it has been made plain that the Work is focused in beautiful Wadsworth, Ohio and the Glorious Campus is now even more glorious!!!

Just yesterday I was watching an episode of a rerun of the "eighties series North and South".
One of the characters engaged in some illicit trading.

One of those southern belles engaged him and asked: "Mr so and so where is your honor?"

"Honor disappeared with the first sound of the canons. Now all that is left is transactions."

A religious culture which teaches that its ministers have all the answers, and that their every word is inspired by God is by default going to be autocratic. How could it be otherwise? This removes even the remotest possibility of dissent, negotiation, or appeal. All that is left is the process of becoming a programmed automaton or yellow pencil. And, of course, some have been reeducated to accept that as the optimal state, the state referred to as being converted, having the right attitude, or qualifying for the kingdom.

Anonymous said...
This comment has been removed by a blog administrator.
September 9, 2016 at 6:58 AM

BTW about LCG. Roland Lecoq (the French minister living in Geneva who joined COGWA earlier this year) is now back with LCG!!! Mario Hernandez (from HQ) and Adam West (replacing Gerald Weston in Europe) visit him this weekend. The last LCG's HQ update don't mention Lecocq, but there's a note about their visit: "Mr. Mario Hernandez and Mr. Adam West are traveling to Geneva, Switzerland for an important Church visit and should be there for this Sabbath"

Malm is now making the claim:

John Robinson requested that he be allowed to return to Texas to assist his aging parents and LCG obliged him by compassionately finding a way for John to work from home through the internet. John is still doing the same job for LCG that he has always done and is still on the LCG payroll.

However, if Robinson is doing "the same job" then why do recent LCG magazines show Wallace Smith holding Robinson's old title? Robinson is listed as "Art Editor" and William Bowmer (former Executive Editor) is now absent. Clearly, something is not "the same" as it was. Additionally, my LCG source tells me that Robinson is no longer considered an Elder in LCG. Not "the same" as he was.

The story my LCG source tells me is that Rod Meredith at first planned to fire Robinson for disloyalty, on the basis of exaggerated/distorted reports and vicious LCG internal politics, but somebody (Winnail? Ames?) stepped in to keep Robinson on the payroll, though Meredith insisted on removing him as an Elder and sending him back to Texas. Bowmer, distraught over losing his excellent employee and disgusted by the politics, then resigned.

Dave cracks me up! He continuously calls those ponds on his campus "lakes".

It's a nice spin but John Robinson's dad has been dead for many years now and his mom is living about 4 hours from where he's settled.