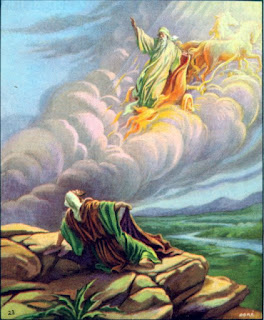 Leave it to those fun and crazy guys in the "christian" Church of "god", or the Coxites, as many know them.  Thanks to deluded teachings for Wade Cox, his personality cult believes that the two witless witnesses are Enoch and Elijah who will come back to raise Coxite hell in Jerusalem.  While other COG's believe these witless witnesses will arise from within the COG, the Coxites see it differently. 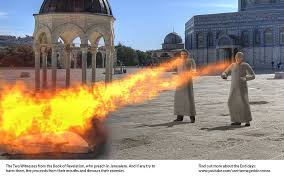 The Coxites also do not believe that Enoch and Elijah were transported anywhere past the orbit of the
earth, where they have apparently been circling the earth for a couple millennia now.  During that time they have been planning their strategy by using the millions of Sabbatarian CCG members in Africa that Wade has converted as their army.  Since Wade has converted half of the African continent into his personality cult, it is going to be one huge army of Sabbath keepers with a few million Muslims thrown in for good measure, since they too are part of God's Wade's "true" church. 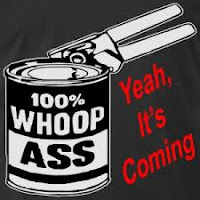 Russell Hilburn We were all originally called keepers of the way because we all walk the path with Messiah. Anyone who follows the the path taught by preachers of righteousness such as Enoch are walking with God. Enoch followed the path of righteousness on earth and was credited as walking with God. He was then taken in a Fiery Chariot to travel in time in near orbit. Not to the throne of God. Enoch stopped off and picked up Elijah because he needed to bum a ride to the Last Days. They will both show up together in Jerusalem with a bung wrench to open up the 55 gallon barrel of WA. May 4 at 8:44pm

What's up with these rejects as Armstrongite ministers and Africa? Not ready for prime time? The question that runs through my mind is what did the Africans do to deserve this? Hopefully, either the statistics being provided are lies, or the Africans have found a way to use and deplete the resources of such people as Bob Thiel and Wade Cox.

Wade Cox is a liar when he claims to have converted almost half of the African continent to his cult. No Muslim in his right mind would join up with this moron either. Cox lost all credibility, except for a few American idiots who slavishly follow him, when his cult imploded and a huge group left to form a separate group years ago.

It was the Germans who invented the flame thrower. They first used it in WW1.