Satanic Cabal of Wizards Has Been So Powerful In The COG That No One Wants To Join Dave Pack's Church! 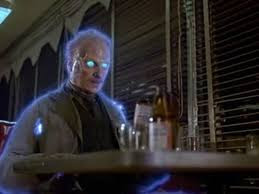 It’s God saying…Think of it this way…“I will expose them.” There is a group—in the splinters—who are as satanic as the Pope, if you will, but they lie about their identity. They’re the ones that are going to explode for who they are when the Man of Sin arrives, and begin to do miracles and prophesying and casting out demons in Christ’s name and He never knew them. You should ask, where did those people come from? Those people are used—through the power of the devil—to do those things. They probably don’t even fully know their own true identity. But they say they’re Christians, a spiritual Jew. Mr. Armstrong always understood Romans 2:28 and 9.

The ministers of the various COG's are playing right into Satan's hands:

So there are those ministers…I’ve worked with them. I know them. I know some of them aren’t converted. God has not yet exposed them. One of the great purposes of the Man of Sin, and there are many, is to expose them. “I’m going to bring them forth,” and brethren, you and I do not know who they are yet. Every man who dies in the faith gets eliminated, or just dies and he wasn’t in the faith. They have to be people who are alive, who are brought forth—the ones who run around in Christ’s Name saying “I am, I am” Luke 21:8.
So “make” means “bring forth”—God exposes them for who they are, ending their lying cover up. Now, they’ve been plaguing God’s Church for decades. These are the evil…or ungodly men…We’ll quote Jude…who crept in unawares—who were appointed to this ungodliness—who were born to be taken and withered. But nobody knows, until the moment of separation occurs, who they are.

Dave is right that the church is filled with evil and ungodly men.  From those that bastardize the law by making it a burden on members to lying false prophets who self-appoint themselves as leaders and ministers. The debris field of the COG is littered with these ungodly men.

So this is God promising, “I’m going to expose them,” and then it ends with, they’re going to worship before your feet…apparently, right away. I’m going to show you that. Day 1 of the Kingdom, they’re looking at…they’re looking at your big toe. They’re going to come right to your feet and worship you, right that day, and I’m going to show you more about that. So if these people are going to come and worship you, Day 1 of the Kingdom, you ought to have some idea of who they are…not their names yet.

It is going to be a humiliating day when Malm and Thiel are forced to kneel at Dave's feet.  What a pretty sight that will be!

This cabal of Satanic ministers are so evil they have prevented COG members from joining Dave's church!  These men are so strong in their evilness that they have overridden the actions of the Holy Spirit.  Why is the COG filled with so many impotent gods and ministers?

I knew, years ago, that the synagogue of Satan…As God…Eighteen years ago, I began to…I was fired, 24 years ago on Thursday, from the Worldwide Church of God, so I’ve been doing this a while and I was battling before that. And I knew there were men who were not converted. I didn’t understand God’s full purpose. But then years ago, you’ll recall my sermon, I knew there was a synagogue of Satan in the splinters. They had enormous power and ability to keep people from coming to where they should have been, and they were strong enough to overcome the efforts of the ministers who had the Holy Spirit and keep them there.

These Dark Overlords of evil have been so powerful that they have kept COG members from joining the one true church (Dave's church.)
Posted by NO2HWA at 11:43:00 PM

HWA always did say that the accuser is usually the doer. Point the finger, and three point back at yourself. And, then also, Satan is the accuser of the brethren. Should we judge Dave by the words that come out
of his mouth?

Now, I'm not refuting Dave's statements. My own personal experiences at the hands of Armstrongism actually confirm them. I just happen to believe that he fits in with them, too, although he wants his readers to believe that somehow he's the lone shining standout. The fact that nobody's buying into that has nothing to do with Satan.

BB
This "the accuser is usually the doer" and "Satan is the accuser of the brethren" is a non stop song. It's purpose is to harass people in identifying and morally evaluating the Pharisees and wolves in sheep clothing. The bibles "choose life" means ongoing moral evaluation of the people in ones environment. This is a big part of the feast of unleavened bread that the ministers immorally hide. It's always a over simplistic 'put sin out of your life.'
Or as Sun Tzu put it in his classic 'The Art of War,' 'know your self and KNOW YOUR ENEMY.' Both involve quality evaluation.

David Pack Smelt It, He Delt It!

The statement that "you point the finger and three more point back at you" is actually by Isaac Asimov in his three volume "Foundation" Series. I don't think Herbert W. Armstrong ever read sci-fi so I don't think he ever quoted or said those words. I remember Charles Hunting having the screaming ad dabs in a sermon at Bricket-Wood Gym about anyone ever reading sci-fi! Is that where my doubts began? Or was it the 2 hour sermon at the Feast ranting about seeing the shape of women's bottoms if they wore trousers?