Is Dave Pack Doing His "Utmost To Deceive You?" 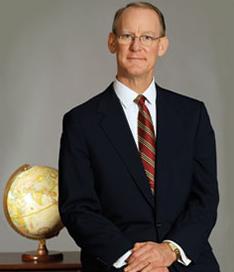 Apostle Malm has a letter on his site today from a person that claims to have known Dave Pack before he started Restored Church of God and was then with him as he started RCG. It's in the post where Malm plagiarized my earlier post about Schurter "washing his mind."  Dale Shurter repents: Bob Thiel Justifies: One Accord out

This person has one very telling observation about Pack that many have recognized over the years. Notice particularly the last paragraph

We were one of the first brethren to join Dave Pack in this exciting new venture, we loved his enthusiasm and great oratory but soon and I mean immediately soon, trouble began. As time passed, my only comment I can say to the brethren is the Dave Pack has built the Restored Church of God on spiritual blood and many brethren have been murdered along the way financially. It is a sad organization of brutality, enforcement, immaturity and greed via the many sermons and messages based on ”the get system” which is the opposite of what Mr. Armstrong taught in the 1980’s.

HERE IS WHAT IS REALLY INTERESTING: In the “early years” just months after he started the church he gave a sermon and said, in quote, “ that if he ever proclaimed he was an apostle or some greater position higher than being a humble minister….he would be deceived”. Further, he said, “that if he was deceived, he would do his utmost due to his dynamic personality to deceive YOU the brethren AND that we should not follow him”….in quote.


What a narcissist! Dynamic personality?

The Current DSM is DSM IV.

The DSM V may be out in 2015, but don't count on it: There are some project management problems along with some gross incompetence.

Over where we are, we're going to try to get British Israelism in the DSM as a Mental Disorder.

One of my favorite parts of Pack's autobiography (or biography-whatever he's calling it now) is the pork chop story. A young David Pack learns that he must give up all the "unclean meats" to follow God. At first he resists, but when he finally decides to go with the program he goes out big. He stuffs himself with five or six pork chops. The story ends with a note that the smell of pork would afterwords make David sick. How convenient.

I think that little episode tells much about David Pack. That, and the disagreements he seems to get into with everyone from his high school swim coach up to Spanky.

Speaking of David C's auto-biog....I have never heard one write their own biog and refer to themselves as "Mr. Pack then did this," "Mr. Pack was always.." "Mr. Pack knew.."

Is that how you talk about yourself? Does he have so much respect or himself he has a rule he has to call himself "Mr."

I also was around DCP when some of his life events transpired. I don't quite remember them the same way.

Also amazing how every church Dave pastors "Is the fastest growing Church in the world at the time." That's nuts.

Thanks Douglas. I changed the DSM 6 to a 5

That title cracks me up!!! Armstrongism is a deception. Dave Pack has always done his best to preserve and advance Armstrongism, ergo......

Were I he, I certainly would not be bragging about aquiring someone who had already thoroughly devalued himself by stating that he was a young earth creationist! I mean, even if you don't happen to watch Nova on PBS, you can walk out into your back yard every night and see stars which are millions of light years away!

Pack also takes his views on government from the Old Covenant, when only some of the leaders (prophets, priests, and kings) had the Holy Spirit. In the New Testament, the early chapters of the book of Acts reveal that Peter did not practice government from the top down. Discussion regarding the choosing of a replacement for Judas Iscariot was held, and lots were cast to obtain God's decision on this. James didn't practice government from the top down, either. The Jerusalem Council discussed the materials presented by Paul, there was discussion, a guided concensus was reached, with James simply presenting that concensus. Not requiring circumcision must have been a very deeply controversial decision to all of the Jewish and Judaizing Christians, as there were many deep implications which even Armstrongism failed to realize and appreciate. St. Paul elaborated on these in his epistle to the Romans.

Dave's statements and actions would seem to suggest that he is somewhat of a prophet, but it's the self-destructive kind. As the old beatniks might have said, "like, strictly Deuteronomy 18sville, man!"

For some quirky reason Pack's honesty or slip up reminds me of the former US President George "Dubbya" Bush's honesty when he let slip back in 2004 how "Our enemies are innovative and resourceful. And so are we. They never stop thinking about new ways to harm our country and our people. And neither do we."

Like the saying goes, "That their own words may be used against them" or as another ex prez put it, "Read my lips..." we're seeing more of these sheep-like saviours coming out and speaking more like dragons and hence revealing their true, beastly nature.