UCG Names Men Up For Consideration to Be President of Church 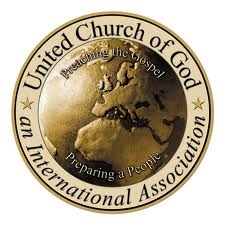 Once again it is the old guard still in control.  Those trained at Ambassador seem to always get priority consideration over the lowly man promoted up through the ranks without an Ambassador diploma.


The GCE put forth the names of 27 men—of which 13 allowed their names to go forward and submitted their resumes for the Council of Elders to consider. All of these gentlemen, along with their wives, are wonderful servants of God and are out there every day in your midst sharing their lives with you. We thank them for their desire to serve their brethren.
The Council of Elders reviewed the nomination resumes of those 13 men and has each cast one ballot for a nominee, along with why each endorses that individual. The Council of Elders chairman (Robin Webber), the chairman of the Roles and Rules Committee (Gary Antion), and the corporate secretary (Gerald Seelig), reviewed the results and are pleased to announce the final lists of individuals to be considered for president of the United Church of God. They are in alphabetical order: Bill Bradford, Aaron Dean, Roy Holladay, Victor Kubik, Darris McNeely, and Randy Stiver. After prayer and fasting, the Council of Elders will interview them in person on May 6 and deliberate among themselves on May 7. Final selection for a new chief executive will be on May 8. Normally a new president immediately assumes office for a three-year term that can be renewed with Council approval.

I put my money on Darris. He and the boy wonder are thick as thieves and Robin is good at coercing large groups to choose the way he wants them to.

Politically, it appears to me that Victor is a little bit in the wilderness. He's too much of a rogue figure. He refuses to move to Cincinnati, insists on managing Ministerial Services on a part-time basis, and continues his extracurricular activities (Lifenets). I think he's too overextended and not exemplary enough of the cultural values of UCG to be the figurehead. But effectively, the office of president of UCG has been gutted of all it's power anyway. It's just a figurehead position now and whoever occupies it is just going to be micromanaged by Robin anyway. But still, it's a visible office, and whoever is in it, I would think they would want him to appear exemplary so that the bully pulpit of their sock puppet would still be listened to.

The opening gambling line is now being posted on the UCG Presidency. Gamblers are lining up now to place their wagers...

The payoff odds are as follows...

Remember that these are just the opening odds, and they will change according to how the public lays down their bets. Caesars will be taking an appropriate "tithe" of 10% for covering the "vig" and paying out all bets.

I think we should nominate ol' Cody Moeller for president! Problem is, we don't get a vote.

I think having an interview is stupid. Don't they know these guys by now?

A one dollar bet would payoff four dollars.

PS- I pulled my name from Presidential consideration early on. Got two new calves birthing soon, and dont have the time for the home office, much to the disappointment of the entire organization.

You have to wonder what might happen if in an unprecidented display of ecumenical spirit, somebody from another ACOG were nominated, and widely embraced. It'd be subversive as all hell, but if there were a strong enough lobby, I'm convinced it could be pulled off. Given the state of affairs, the history, and the frame of mind, any resulting unification would probably also set off further splintering.

Guess this is just an election, folks. Not a silver bullet, not an attempt to put Humpty together again. And, whomever is elected, I'm guessing there will be people who don't buy into it. But, in some small way, you've got to admire any Armstrongites who would even consider such an exercise in democracy.

I am guessing it will be either Kubik or McNeely. Both are a joke! So glad that I am not part of UCG any longer.

Last I heard, he was maintaining his Turfway Court residence in Indianapolis and working for UCG from there, only commuting for meetings, and splitting his time between being a pastor, administrator, and Lifenets.

I suppose that could have all changed...

Kind of like the Catholics and Baptists, huh? No women allowed in positions of leadership. I wouldn't last 2 seconds in a sexist organization like that.

Couldn't care less who is the president of their church. If he is just a powerless figurehead, those members looking for a truly grand emperor might as well try Flurry's or Pack's.

The reason AC grads are first for consideration is that they have the "necessary" training, i.e:

1) A keen sense of who is superior in authority to whom, as drummed into the head for 4 years.
2) The ability to spout nonsense with conviction - it is all about how confident you appear - content matters so much less.
3) Some sort of direct, albeit tenuous, connection to the guru HWA, having been at one of the campuses. "Taught at the feet of HWA" is a major feather on your CV.

Either way the house always wins now doesn't it?!

Ah yes, Addendum to the above about public speaking.
Anyone else reading this board who happened to attend AC will know exactly what Im talking about - or even anyone who belonged to a Spokeman's club will know, too.
How many times did we hear "You must speak with authority! With conviction!"
It would give me this gnawing feeling, thinking how much in life is 100% certain? How can you get up and give a speech/sermon with such dogmatic certainty, without acknowledging all the nuances, and that you might even be wrong?
But this is not a consideration of course, if you're in the ministry.

I would like to throw my hat in the ring. However, in fairness, I must say that I will take the church in a different theological direction--out of fundamentalism and into the beer halls.

Will we see white smoke over Cincinnati?

If anyone bets on the "Satan-influenced-one", you will BE A WINNER!!!

"How many times did we hear 'You must speak with authority! With conviction!'"

Then they told us the story of the old lawyer coaching the young lawyer: 'when you get to this point raise your voice and pound the table; this is our weakest point'.

I didn't see my name on the list. As the Pastor General, Prophet, Overseer and Grand Poobah of the Lake of Fire Church of God, surely I was considered was I not?

After much thought and meditation...

Joe Moeller is now a certified "Write In" candidate for the UCG Presidency.

Please notify your appropriate council member your desire for them to write JOE MOELLER in.

Remember to VOTE and to VOTE OFTEN!

Little surprise it was Vic. Just as I predicted Luker would get in.

What does come as a surprise is that the ucg bunch voted on council a guy named Rainer Salomaa. He and wifey are well know as winos and having an extra-marital affair. Wow!