Brian Orchard Continues To Hone His Skills In Destroying Another COG. 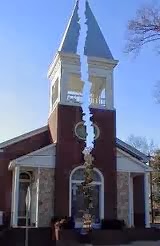 Brian Orchard may get an invitation to become the goalie for the Australian national ice hockey team. He has mastered the splits! First, years ago, with a behind-the-scenes campaign that led to WCG Australian Regional Director Dean Wilson being ousted and then Brian and his co-conspirators disciplined, with a split ministry in Australia that took years to heal. Then Brian participated, albeit as part of a larger movement, in the UCG split from WCG. Then Brian honed his skills developed in the Wilson ouster by helping to foment the 1998 Hulme split from UCG , and now Brian is involved in yet another split! He has truly mastered “the splits” and would likely make a great ice hockey goalie!


I remember the underhanded nature of Orchard's split from WCG.  He sat in the SOG 360 apartments for months on end planning the split while still remaining on the payroll of the WCG.  Many looked at Orchard as one of the most unethical ministers in Pasadena.  A man to never be trusted.

There is never any shortage of guilt to go around, is there? Taking sides would almost be like trying to decide the proper response to be taken by the US when two of our enemy terrorist groups are going at it and innocent citizens are being hurt over in the Middle East.

You have to wonder what kind of blinders the "sheep" must be wearing. You would think by now that at the very least there would be absolutely zero trust in any of the so-called leaders of these groups, and that everyone would be walking away.

This "ORCHARD" is one that is not a fruitful orchard!

Looks like he is bucking for the record for most orgs in a lifetime, which I believe is held by Larry Salyer at 6... Radio COG, WCG, Global, The post Global group, UCG, and now COGWA.

Orchard is at 4, with WCG, UCG, Hulme and now this new COG Family church.