Why Does Rod Meredith, Rod McNair and Bob League Treat LCG Members With Such Disdain? 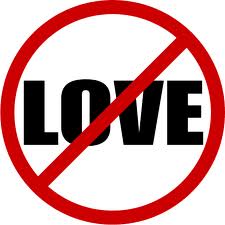 The Living Church of God has been going overboard lately in trying to impress upon its members  how "unified" the church is.  You can be guaranteed that when any Church of God starts a "we have never been more unified" campaign that they are any thing but!

Why does the Church of God (Armstrong version) have such a horrendous record of being unkind and unforgiving to its members?  Jesus certainly NEVER acted this way....so why does Rod Meredith., Dave Pack, Gerald Flurry, James Malm and Vic Kubik?

The sad thing is I know of several of the disfollowshipped. Who have gone to Meredith and McNair and League to make peace. They just wanted to live in peace, some even confessed that they were wrong and all LCG did was spit in their face. Saying that there was no room for forgiveness for them. And that they would never attend LCG again. They also said that they did not believe they were repentant. Can they see their hearts and minds? It took a lot for some of these people to just go to them. Believe me they will never go again!

Now I hear that LCG is saying that they did all this in LOVE for these people. WHAT!!! How can this be love? There is no forgiveness and kindness in LCG. God would not treat people this way. He ate with publicans and sinners. And they Bible says only he can see the hearts and minds of people and to be careful how you judge! I think they are just modern day Pharisees.

Older, former members of WCG, who sat at the feet of RCM at AC (71-73) know that there was no real affection for others on the part of RCM and others. People were to be used by these "leaders". Many in leadership positions used one another for their own gain. How many true friendships were there? Not very many. As long as you were of use to those above, you were tolerated. There was little more true loyalty or affection to one another in the WCG than you might see in the Sopranos.

To a large extent what happened was that LCG took the word of a woman (Dawn Rothenbacher) who was willing to say just about anything to get her own husband off "suspension" (he was suspended for reading the Book of Enoch and for not tithing). She exaggerated the truth GROSSLY and then LCG leadership reacted without fully vetting the truth of the matter.

Once Meredith makes a decree, he is not going to go back on it. He seems to be completely incapable of admitting that he's wrong. Ever. After all, he tells everyone that he's being directed by Christ Himself so how can he be wrong? Meredith has preached more times than I can count that he hasn't made any "major" mistakes/sins since baptism. To him, the ends justifies the means; even if those means require lying and the potential ruin of spiritual lives. It is sometimes Meredith's unfortunate duty to cast his members to Satan. Purifying the "purest church ever" is a rough job, but someone's got to do it.

I know what Rod Meredith loves.

I know what Rod Meredith loves.

and never having to say he's sorry

Meredith needs to get on his knees and repent. In most of his sermons he repeats that he knew Armstrong and studied under him. Why does he put himself and hwa as god?
Is anyone in living paying attention?
Rod repent of your greed, errors and hard heartedness before its to late.

Somewhere between the pages of the Bible and between Roderick Meredith's ears, there is a decided lack of coordination.