Board Announced For WCG2, French Not Too Keen On Joining WCG2 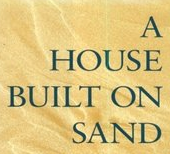 In COGaWA's background planning meetings while many were still part of UCG they set up a temorary list of men that would run the church.  These men were to be voted on at the COGaWA conference this past weekend.  It shoudl come as no surprise that these men were ratified to remain in power for the next six months while they see what addtional growth happens to their new church.

As usual in COGdom, it is the same old Catholic based power structure.  The same men who were rulers under Armstrong, Tkach Sr. and UCG are once again ruling in their ivory tower.


The Church of God a Worldwide Association  Board
Michael Hanisko, George Evans, Roger West, Ken Giese and Greg Sargent
Temporary Leadership Team
Jim Franks, Doug Horchak, Clyde Kilough, David Register and Richard Thompson.
It looks like poor Joel Meeker did not get many of the French speaking members in Europe to jump ship with him to the new WCG2. Of the twenty members of UCG in France only five jumped ship with Meeker. Belgium also has five members who joined him.  Big times are ahead little Joel!  Big Times!  Woo Hoo!
Posted by NO2HWA at 10:39:00 AM

Somewhere along the line the COG's have been able to go them therefore into all the world and inspire a few dozen while alienating multiple tens of thousands. Good job....

When I asked a "leading evangelist" about retirement upon termination, he told me that because Jesus had worked such a miracle in the church, they had no money (they just sold the campus). All I could say that Jesus then was a trickster and why did he not speak up when I was 14 and first interested in the WCG. He just looked at me. I said, "No, there is no Jesus here performing a miracle. There are just foolish men recklessly screwing around with sincere folks and paying the price"

I believe in the laws of karma, and I also believe the time is just around the corner.

Actually the Karma Fairy lives on my street and chuckles when she meets me on the street and says, "gotcha good that time didn't I?" ha.

Can you must imagine the behind-the-scenes fighting and politicking and obnoxious, self-righteous behavior on the part of the ministers who are all scrambling to be the new president of the new off-shoot.

God was kind to you, Dennis. He got you out of that evil organization. Yes, it would have been preferable if you had a decent severance package to go with it; but that's another story.