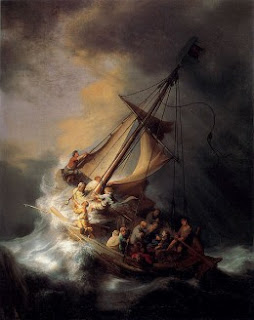 January 8, 2011 – Approximately 400 people assembled in the ballroom of the Galt House in Louisville, Kentucky, for the Sabbath service in connection with the organizing conference of the Church of God, a Worldwide Association. Thousands more were connected via webcasts and phone lines.

In addition to the ministers and brethren who registered to attend the January 9-11 conference, brethren from near and far attended this historic occasion. An air of excitement and hope permeated the meeting room as attendees looked forward to a new beginning from which the commission of the Church might be fulfilled.
Giving the first of two split sermons, Richard Pinelli spoke on the work of Elijah that will occur prior to the return of Jesus Christ. Basing his message on the prophetic account in Malachi 4:4-6 and the concept of going in "the spirit and power of Elijah" (Luke 1:17), Mr. Pinelli reminded everyone that there is a great work to be done. After examining how the spirit of Elijah worked in the early Church, he emphasized that there will be a spirit of Elijah throughout the entire Church in the end time as every part of the Body of Christ contributes its part to the Work God is doing and is about to do.

Prior to the second message, Co-conference Coordinator Mark Winner gave the announcements and introduced the special music—a choral piece, "By Faith" by Keith and Kristyn Getty. Janel Johnson directed the 18-voice ensemble composed of ministers and wives. Prior to the performance, permission was sought of the composers and received to include the presentation on the webcast and phone connections. Many were moved by the phrases "we walk by faith and not by sight" and "the power of the gospel shall prevail."

Arnold Hampton then spoke on how we can remain calm in the midst of storms. Mixing humor with graphic descriptions, Mr. Hampton expounded Mark 4:35-41, where Jesus was sleeping on a pillow in the stern of the boat in the midst of a raging tempest that was threatening to capsize the ship. As Mr. Hampton noted, we all face storms in our lives (such as health problems, church problems, unemployment, etc.) but these can all be weathered by faith (verse 40). From the outset of this teaching experience, Jesus had said, "Let us cross over to the other side" (verse 35). It seems that He knew in advance they would make it. If we have faith in God, we, too, will make it through our storms.

After the second split sermon and prior to the closing hymn and prayer, Mike Blackwell, Co-Conference Coordinator, gave special recognition to the brethren in Louisville for their generous hospitality and service. Having hosted a Winter Family Weekend just two weeks ago for approximately 2,000 people, the same members were now providing transportation to and from the airport for conference attendees and providing a hospitality room for breakfasts and evening fellowship. A warm round of applause affirmed this well-deserved commendation.

Do you know the total number of people they stole from the UCG yet?