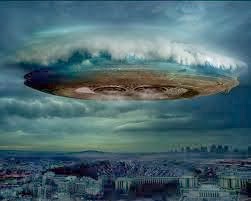 Eric King now claims to be the worlds foremost authority on UFO's.  He knows all, just like Bob Thiel knows all concerning prophecy.


The Science of it all

So what have we here at SOCT learned in our studies regarding the physical manifestations of this UFO phenomenon?

2-These craft are using a special type of nuclear power (perhaps nuclear fusion) and are using Hydrogen and Helium propulsion systems.-

4-Any being can survive any ‘G’ as long as the duration is extremely short.-

5-Most all of these craft are inhabited and are using electro magnetic charge systems.-

7-Craft have been witnessed traveling 1800 miles an hour and making up to 2200 mile an hour turns.-

8-Some of the fastest speeds are around 7000 and then able to “stop on a dime”. Extremely fascinating….to say the least.-

9-After 1950 an increase in craft numbers and bolder appearances of the crafts began.-

10-President Ronald Reagan was concerned about the beings being hostile.-

11-True Christians have to deal with the fact of their existence.-

12-True Christians are aware that some of these beings are seeking worship and are the source of all false religion.-

This information written by and released into the public on February 12th, 2014 by;-
Mr. Eric William King [founder of COGSR & SOCT]

Sounds like King is running the most interesting COG. At least he keeps his people entertained, and their itchy ears satisfied.

There aren't any (at least not the kind Kink is teaching about).

"The Science of it all"

Hmm. Science? I don't think this word means what he thinks it means...