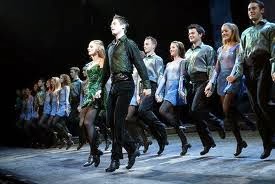 I think we need a different approach rather than just getting away from this destructive charlatan cult. I was a member for many years and was being prepared for the ministry before I woke up and left many years ago. These criminals don't care if you leave, they have your money in secret bank accounts and trusts. Stephen Flurry knows his dad is a psycho but has become the damage control legal aid waiting to get his inheritance from the blood of the people while learning Riverdance in his estate. This whole cult is disgusting and has destroyed thousands of lives and families. These sadistic criminals need to be brought to justice. These are the most disgusting people I ever came across in my life. Is Gerald Flurry Purging Ministers As PCG Starts Imploding?

PCG members are getting sick of the Riverdance crap. The only people doing it are the upper echelon kids of the PCG leaders who have the money to spend for the expensive lessons. Now lowly member can afford it because they have to send in their extra money to headquarters to keep Stevie in his Jerusalem apartment and pay for the Malones piano lessons and dance.

Now we have some input apparently as to what the Flurrys consider to be "hip". Everybody is of course entitled to their own tastes, but this is totally predictable: blindingly whitebread, inoffensively mainstream, and now passe on the national scene.

Oh well, it probably keeps their kids out of the kaneh bosn!

...aaaand a wild-eyed rant from some competing CoG about something something Irish dance pagan origins blah blah should be hitting the Interwebs any day now.

Rehashing a reader's comment is a whole article? Wow, I must be an article writer and never knew it. I should put on my resume that I've authored over 100 published articles!

It's all about the Irish. Hmmm, let me guess...could it be...because the Flurry's have Irish genes?? BIG DEAL. WHO CARES. SO DO A LOT OF PEOPLE,INCLUDING MYSELF! WOOPEE!! DO A JIG!!

BB, what have you got against good clean fun? Some people on here are in the running for eternal nit-picker.

Thanks for posting this. I have family caught up in this sick cult. Anything that can shed light on their corruption is appreciated.

King David danced before the Lord.

Though we have some doubts this would qualify for any number of reasons.

Anon: the so called "nit picking" you are complaining about is because church members tithe money that they sacrifice to send in is paying for the PCG elite to send their privileged kids to these lessons and competitions. Widows tithes are paying for the Malones to spend hordes of money traveling for piano recitals and lessons. People are on the verge of bankruptcy while the elite at PCG gorge themselves on privilege.

Anon 8:21: Nothing, man. I'm happy for the people who like it, if that's all they need. Personally, something that produces an adrenalin rush and has a little more element of danger is more to my liking. And, I think the kids would probably agree. Wouldn't it be great if they went sky-diving, had a karate club, went on an Xtreme snowboarding weekend, or they and their dads were putting together a little Fast and Furious car to take to the Saturday night bracket races? I'm just baffled that it has never dawned on their leaders that one of the reasons kids leave the ACOGs is because all that's there for them is a bunch of lame crap. Look at the ACOG demographic. It's the fogues.

Anon: the so called "nit picking" you are complaining about is because church members tithe money that they sacrifice to send in is paying for the PCG elite to send their privileged kids to these lessons and competitions. Widows tithes are paying for the Malones to spend hordes of money traveling for piano recitals and lessons. People are on the verge of bankruptcy while the elite at PCG gorge themselves on privilege.

Jehovah's Witnesses are discouraged from yoga. Told that it is a form of Hindu worship. If it had been popular in HWA's day, it probably would have been banned too.

Daddy always was bananas and he is the dangerous type. I thought they had institutions for people like that.

Good. Then, maybe they'll eventually make it back into the Real World, instead of thinking they are "God's Elite Chosen Ones" who have some kind of Real Truth that others lack.

Well... they do say that the Irish are fond of drinking and are prone for alcoholism!

Any cultural relevance for the leadership of the PCG perhaps?

The only secular/normal experience with which I have to compare this is a school show in which the daughter of a lady I was dating was participating, oh about 12 years ago.

It was an interpretive dance show to a large extent, and apparently the students had a great deal of input regarding the musical content and the actual dancing. Faculty members provided advice, motivation, and grooming, bringing out the best for the performance. Participation was completely voluntary. It was an enjoyable show.

Some of our ex-PCG friends here have raised the spectre of entitlement with regard to participation in this Riverdance production. That, of course, is one aspect that would taint the project. Another possibility would be that many of the kids did not wish to participate, but were ordered to do so, because someone decided it would be good for them. That would also contaminate the production. Personally, based on past experience, I would also wonder if the students got to provide any creative input at all into the project, or if this was just one more example of robotic command following.

The bad reaction some of us experience when we read about publicity events put on by the stricter groups is because of our knowledge as to how cruelly and arbitrarily authority was often exercised in the ACOGs. You just hate to imagine that people are still suffering through some of the same things we all did, but regardless of the denial of some, fact is they still are. It would be nice if some day we could read that some group was putting on a show, and know that it wasn't just a propaganda thing that most of the people were forced into.