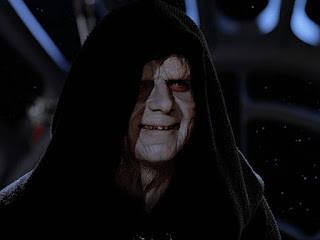 He is sorely vexed!

Did you know that you will eventually be working with Dave Pack's cult, regardless of where you live in the world?  When the Man of Sin gets really pissed off because Dave is vexing him, all COG members will lose their jobs.  They will quickly join together in their local church areas to spend 45 days doing a work never before seen in history.

So these are just some things you need to understand about what it means to escape. It isn’t to escape and we go hide in a warehouse for 45 days, or we escape and just relax here at Headquarters. We’re given assignments. Joshua was given assignments to walk; but the men right with him are, too. So, we’ll learn more about that as time goes on.

So we have, maybe you could say, five assignments that I can think of. Number one: We probably confront three men…Maybe six assignments…and we warn the splinters that they’re next. We deal with the rich men and maybe other leaders in Jerusalem, number three. We work with the world, and no doubt, focus on Israelite nations, because Christ starts everything by beginning to restore the Kingdom to Israel. And if you want to put a sixth one in there, at a point, we start to bite and vex the Man of Sin.

Pretty easy to see he’s going to call us the only thing he can, and one of the telltale signs of who’s the antichrist, who’s the fraud, is that he won’t be able to dispatch us. At some point, his narrative collapses. If he’s “God,” how come you can’t deal with this person or this group of people and followers, or however we’re described…Assuming that I have that right. If there’s some other candidate to be the antichrist, you tell me who it is. Unless he just comes and says, “There never was going to be any antichrist.” Now, that’s a little hard to understand.

Watch out, all of you COGlodytes who may be tuned in! It just might be that Dave himself is the man of sin! He has pretended to be too many other personalities already and has spun too many wild tales and false prophecies to be credible. That's some pretty massive sin right there in and of itself!

I'd rather be demon possessed than work for Dave Pack.

I Knew Bob Thiel in Living Church of God said...

If this is true, then it will be great to watch arrogant Bob Thiel grovel at Davids' feet. How humiliating for Theil to have to give up his lofty titles and be nothing but a pee-on.