Living Church of God: Why did over 200 people fail to show up in Pigeon Forge for the Feast?

From an LCG member:


"I was in Pigeon Forge for the feast in LCG. On opening night, they said over 800 brethren were registered to be there so it might get  crowded tomorrow. The next day, it didn't appear to be anymore crowded. In fact, there was ample seating with space every day. This was greatly appreciated because you know how they cram every seat together so you are sitting on each other's laps trying to read along or take notes.

Anyway, in all my 20 plus feasts, attendance numbers have ALWAYS been announced throughout the feast. Toward the end, I realized they never did announce any numbers for Pigeon Forge. I asked an usher if they had and I missed it but he said, no. I asked him why they haven't announced any numbers and he said he didn't know. I asked him how many people he thought had been there. He said about 600. That is what I was thinking as well.

So what happened? That is the first time the attendance was not announced at a site I was at. Could it be because they announced over 800 on opening night and if they announced only 600 showed up, people would wonder why? Would people ask why over 200 people simply did not show up?

Is there a quiet exodus continuing out of LCG?"

COGWA is reporting record attendance at their Feast sites this year. They have almost no serious outreach beyond the ACOGs, so where are the attendees coming from? COGWA reports a 12 percent increase in Holy Day offerings over last year, and reported attendance of more than 1,100 at their largest site, in Myrtle Beach. How do those numbers compare with LCG's income and attendance? Can someone "on the inside" let us know?

Many in LCG were puzzled and disappointed by this year's "Behind the Work" video. It looked like it was slapped together very quickly, as if some previously planned production had fallen apart. I know there is still a lot of politicking and infighting at LCG HQ, but I had thought it had decreased in recent months. What accounted for such a lame Behind the Work video? For those who haven't seen it, it's an hour of Scott Winnail sitting at a table with Doug Winnail, Dick Ames, and Gerald Weston, talking about prophecy while ignoring so many elephants hiding in plain sight in the room (e.g. HWA's false prophecies, DNA evidence refuting BI, Rod Meredith's failed prophecies, etc.). If you have trouble getting to sleep some evening, watch it here:

Whatever else you might want to say about previous Behind the Work videos, they always tried to show us a vibrant church doing things that enriched lives and made a difference. This year, we got three old dudes sitting alone in a room with the helmet-haired son of one of the dudes. Actually, a perfect representation of the current state of LCG. Still, it made a dull feast even more dull.

LCG's last audit reported a healthy increase in income, so if people are leaving they are probably the ones who stopped donating money some time ago.

Death = more income.
What happens when they run out of rich,dead old people? Die too? But then the old guys will be dead too. Ha ha, you young fools!
My last feast was incredibly boring - hard to imagine it getting worse.
Maybe COGWA spends more on good feast sites - like New Braunfels versus Boerne.
Many people loved New Braunfels, and the place got better and better every year.
Instead of marketing geniuses at LCG they are run by a tightwad.
Hey Jerry - put out a crappy product and don't be shocked when you lose customers.
You have a lot of competition for the same people.

As off-putting as I find Pigeon Forge's cartoon-hillbilly shtick, I imagine some percentage probably got there, shook their heads and went home. :)

Would the big G "place his name" in a town called "Pig eon for g"?

Not necessarily an exodus, more likely people are learning that they're free in Christ.

More than likely most all of the 800 who registered were there at least one or two days. Other days they might have gone elsewhere for services. Or only attended on the Holy days and Sabbath.

That's the way it's been at independent sites for decades. A thousand might register but you never see all 1,000 at the same time.

It has always been the case that about 25% of a FOT attendance misses on any given day. Oftentimes it is because people want a full day to take in the sights, want a day to sleep it off, need a break, or got sick. Frankly , 8 days straight of sermons is a bit much. There should be other activities as a substitute, such as group hikes , or historical tours, with good guides who can offer some spiritual and inspirational commenary.

Unless you mean messed up hair you need learn what the phrase helmet hair means. It doesn't mean hair that looks like a helmet.

A local elder in Atlanta said for years that a ten-percent dip in attendance for the opening night of the Feast compared to Day 1 was "a tithe to Satan."

So why do so many COG's meet in Branson - where they can't have opening night services at all due to music shows taking top priority at the theaters they rent?

So why do so many COG's meet in Branson - where they can't have opening night services at all due to music shows taking top priority at the theaters they rent?

LCG has often worked this to their advantage. It was explained to me that LCG would deliberately look for a smaller opening night venue in Branson, maybe as small as two-thirds of the capacity of the regular FOT hall. This helped to foster the illusion that nobody was "missing."

Unfortunately, this trick didn't work for the afternoon service on the Last Great Day, where you could usually see that 1/4 - 1/3 of the Feastgoers had decided not to bother attending.

Please enlighten us further. Thanks in advance!

4:28 I bet you had to search.long and hard to find a dictionary with that definition. Gay never used to mean queer either you know.

The explanation is simple. 200 people left the church after learning that Horus and Jesus were both baptized in a river by a man named John who was later decapitated.

Too funny! The preoccupation with hair taught by the classic WCG continues apparently even today, and even amongst ex-members!
Very cultic. I remember walking into Chuck Dederich's Synanon Center in Santa Monica back in the late '70s or early '80s to find that he had had all of the men and women involved in the center get crew cuts. It was an equalizer designed to get rid of personal vanity.

BB
Short hair such as crew cuts or military shortness, is designed to mentally weaken peoples sense of self. This makes them more mealleable and controllable. Both are murder. It's rampant in many organisations including the ACOGs, but it's immoral.
It's bully morality that prevails.

LCG was supposed to have New Braunfels this year - but they accidentally didn’t book the Last Great Day. So, when they couldn’t get the conference center for Last Great Day they had to back out. UCG got it instead. 😂 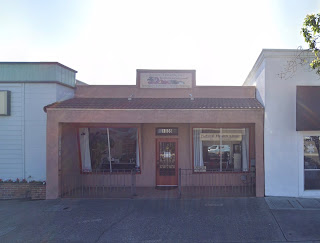