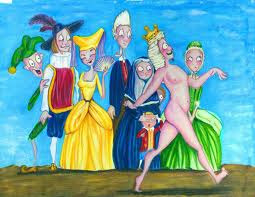 My statement in my email about RCG is in no way an endorsement. We have looked at RCG thoroughly, and are aware of too many issues, which would make them no better an option than LCG. Anyone who has a history back to the work in the Global Church of God, and even further back to the work God did through Mr. Armstrong, would know the type of man God would use as his physical leader. Although God is looking for a strong obedient leader, He is also looking for a humble teachable man. These are qualities more rare than we once thought seeing so many strong leaders under Mr. Armstrong fell into pride and vanity.
James Scarborough

Ever since Jesus left this earth and went back to Heaven, God only ever looked for those who loved the truth and loved the people that were taught the truth, even if they rejected it. Not so the COGs. They hate not only those who refuse to join their cults, they hate each other. How stupid is that? In fact how evil is it?

"Although God is looking for a strong obedient leader, He is also looking for a humble teachable man. These are qualities more rare than we once thought seeing so many strong leaders under Mr. Armstrong fell into pride and vanity."

Because we all know how humble and teachable Herbert was (not at all) and how he was immune to pride and vanity (yeah right!)

Even money says they'll be with Six-Pack within the year.

Were you ever at HWA's home for a dinner with other students during their senior year? I remember him showing us some used dinner plates that he found at an auction. He was very proud of the fact that they once belongs to some royalty in Europe. What is it about HWA that he had to have these symbols of importance? As a high school drop out and multiple business failure, I think that HWA was a very insecure person. He knew that he was not an intellectual. He was an empty suit. Here is the description of Narcissistic Personality Disorder, does it describe HWA? A pervasive pattern of grandiosity (exaggerates achievements and talents, expects to be recognized as superior), needs admiration, and lack of empathy. Believes He is "special" unique and should be associated with, other special or high status people (or institutions). Requires excessive admiration. Is interpersonally exploitative, shows arrogant, haughty behavior or attitudes.
Is this HWA? Always referred to as "Mr. Armstrong". Didn't he use the middle initial to sound more important? Did he have any real friends or were those around him there to be used by him then discarded when he didn't need them anymore? Likewise, did those around him really like him or were they there to get what they could from him (a mutually exploitative organization)? Didn't he love to be seen in the presence of prime ministers, dictators, presidents and prominent entertainers? Wasn't the AC campus not just a place to train young people, but to show t the world, "I am somebody!". And didn't he love to be "God's Apostle in God's only TRUE church?"
And what one the single most important trait in his lieutenants, RCM, Raymond McNair, etc? LOYALTY! If you are LOYAL to HWA you will have a nice home on Waverly Drive, nice office, title, etc. If not, you were shipped off to Bricket Wood for "rehabilitation." Key traits of the narcissistic: exploitative, self-importance, lacking empathy, exaggerates achievements, preoccupied with power and success, sense of entitlement, arrogant. If God was looking for a humble and teachable person, I don't think he found what he was looking for in HWA!

Mr. S. is right Pack isn't humble or teachable. He is a know-it-all. I was with RCG several years ago. He was bad then and is worse now. I can't believe people are so gullible and stupid to go with him. Been there, done that....got the battle scars.

This is totally off-topic, well not quite because it is a booklet by Pack's group, but has anyone else noticed they have a booklet titled: "Where Is the True Church? and Its Incredible History!"

Does anyone proofread booklet titles anymore?

Reminds me of Steve Colbert's: "I Am America, And So Can You!"

where do people get the idea that there is one man as head of the Church?????

Could James Scarborough be the humble teachable man they're seeking to devour? Sounds like he seems to think as much.

Has he considered starting his own church?

Could James Scarborough be the humble teachable man they're seeking to devour? Sounds like he seems to think as much.

Has he considered starting his own church?

Did Doug Winnail shake James' hand when they met?

That's practically a laying on of hands and a valid ordination nowadays.

James Malm, virtually always "right in his own eyes," wrote: "...In the millennial kingdom there shall be no uncircumcised person allowed to enter the temple..." and then cited Ezekiel 44:9, but James is way out of context!

That verse has nothing to do with the mickey mouse millennium, where at the end of 1,000 years Christ and those with Him fail and Jerusalem is trodden down, etc. Satan has lots of work to do after that thing gets out of that pit!

Ezekiel 44:9 applies to the time AFTER the second resurrection occurs and billions of human beings are brought back to life.

At that time, the dual circumcision will become a reality, not during James Malm's supposed millennium, but time will tell...

Oh Lord it's hard to be humble
When you're perfect in every way.
I can't wait to look in the mirror
'cos I get better looking each day

To know me is to love me
I must be a hell of a man.
O Lord it's hard to be humble
But I'm doing the best that I can.

Some folks say that I'm "egotistical
Well I don't even know what that means...
I guess it has something to do with the
Way that I fill out my skintight blue jeans.

Oh Lord it's hard to be humble
When you're perfect in every way.
I can't wait to look in the mirror
'cos I get better looking each day

To know me is to love me
I must be a hell of a man.
O Lord it's hard to be humble
We are doing the best that we can.

"where do people get the idea that there is one man as head of the Church?????"
Not from the Bible. I have often been amused to see my friends in LCG twist themselves into pretzels trying to put the square peg of hierarchical government into the round hole of the New Testament. "Peter was in charge. No, wait. It was James. But later it was Paul. No Paul & Peter shared the leadership. Yeah, yeah, that's the ticket."
"It was Ezekiel. No, it was Jeremiah. Or was it Zedekiah? No, it was Daniel."
"It was Samuel." "But God ordained Saul. It had to be Saul because David took over." "But what about Nathan?"
Of course the real problem is that weak men want to have an intermediary. I can't tell you how many times I've heard people say "Well, if it's OK with the ministry...."

Anon 6:15, that narcissistic disorder stuff absolutely applies to Pack and Flurry, too.

What a bunch of nimrods.

Narcissistic personality disorder pretty much applies to the leaders of all of the COGs. I thought that was obvious.

These Scarborough people probably won't go with another ACOG. I'd say they will probably become members of the Livingroom Church of God, like so many others have.

I'd love to see them restudy everything taught by WCG from scratch, but they probably won't. As we've observed in the past, a firm belief that Herbert W. Armstrong was God's endtime Apostle would prevent any such reexamination. They are probably somewhat disillusioned, possibly even lonely, depressed and confused, because none of the ACOG leaders appear to "have the conch." Problem is, there never was a conch in Armstrongism, it was all a very convincing illusion.

" Of course the real problem is that weak men want to have an intermediary. I can't tell you how many times I've heard people say "Well, if it's OK with the ministry....""

I definitely agree with this. It's unfortunate. And it's STILL HAPPENING. Oh well.

off topic, but in the pic, the king has man boobs. lol

BB I think you have observed well about the disillusioned, lonely (even with the large family) and confused. Too bad this is happening to so many people.