Adult Sabbath School for the Holidays 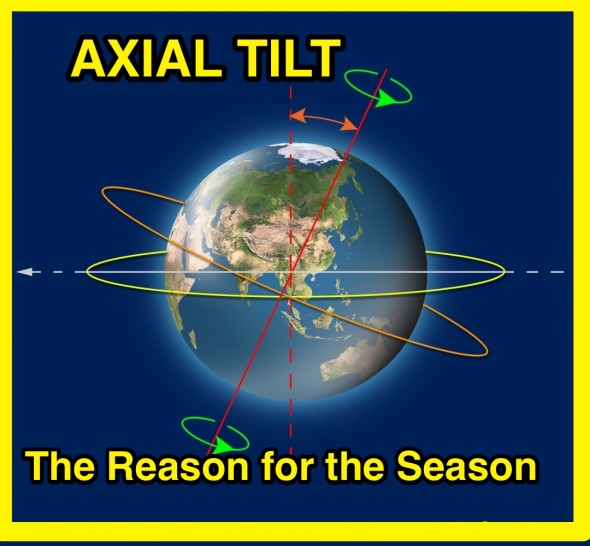 "The further one regresses in time, the more obvious it becomes that the principal and singular
religious worship found around the globe has revolved around nature. This nature worship has included reverence not only for the earth, its creatures and their fecundity, but also for the sun, moon, planets and stars. For many thousands of years, man has looked to the skies and become awestruck by what he has observed. This awe has led to the reverence and worship both of the night and day skies, an adoration called  "astrotheology."

While fertility worship has constituted an important and prevalent part of the human religion, little has astonished humankind more than the sky, with its enormous, blazing, white day orb in the azure expanse, and with its infinite, twinkling, black night dome. So fascinated by the sky, or heavens, has been man that he has created entire religions, with organized priesthoods, complex rituals and massive edifices, in order to tell its story."
Acharya S.

And the reason for the tilt and the origin of our moon
{Nice moon this evening. Take a look}
is...

At the time Earth formed 4.5 billion years ago, other smaller planetary bodies were also growing. One of these hit earth late in Earth's growth process, blowing out rocky debris. A fraction of that debris went into orbit around the Earth and aggregated into the moon. 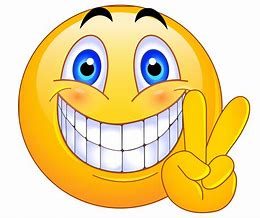 Dennis-- how can you be sure that you are not "tilted"??

At the time Earth formed 4.5 billion years ago, other smaller planetary bodies were also growing. One of these hit earth late in Earth's growth process, blowing out rocky debris. A fraction of that debris went into orbit around the Earth and aggregated into the moon.


and then monkeys flew out of Dennis' butt.

Oh, come on, Tonto. Are you another of those guys who dismisses proven science because it disagrees with your mythology>

Enjoy your ignorance. It's all you have.

Dennis, you don't seem to understand. You see, YHVH is a trickster god. He created you with a brain that is able to gather evidence and draw logical, rational conclusions from that evidence. Not only did he do that, he created lots of evidence that demonstrates the myriad ways in which natural phenomena have brought our world to where it is today, without the need for divine micromanagement.

It is much easier to make sense of YHVH-ism if you understand that He is really a jealous and narcissistic trickster-god, the cosmic equivalent of a little child who tears the wings off of flies and who burns ants under a magnifying glass, rather than a benevolent Father: "LOVE DADDY OR HE WILL BURN YOU!"

The purpose of Genesis is NOT to recount how all the Universe and life, including man, came to literally be. Taking it as so is why it is not credible to most save for literalist evangelicals.

The tale, written by Priests and taken from the Sumerian creation story with a Hebrew twist or two is a simple statement on "You nations around us worship water, wind and fire, animals, vegetables and minerals. Our God made your god."

As we know ad nauseum, by HWA, "n the beginning, Elohim..." I won't bore with who El, the confiscated Caananite God of Israel was or his "Elohim" or Council of the Gods" were. That polytheism was the mode of the day is enough to note. Also, El was over YHVH and only as scripture and the concepts of monotheism evolved in scripture was El retired and YHVH given His role. YHVH is NOT Jesus. That is just made up NT tale weaving as well.

With the Christmas season coming up, all the religious zealotry of the pro's and con's will also emerge. I grew up with Christmas. I loved it and even the Jesus birth connections and pageantry were seemingly meaningful and comforting in the cold of a New York winter. I know the Halleluliah by heart and used to sing it in the morror! lol.

The simple fact is that Jesus selected birth date has nothing to do with any actual birth date. It was chosen first of all because there is no known date of Jesus birth nor even of the year. Strange but I spare you. December 25th is the end of the three days of "Solstice" or "Sun stand still" as it means when the sun, at it's lowest point of the year, moves one degree north and signals the taking away of the darkness of winter as it heads to the Equinox (Equal Nights) of Spring and Easter. In effect, it dies on December 22nd, is reborn on the 25th three days later and gets stronger and stronger until at Easter it is "resurrected" Or it's just a big coincidence to the Jesus story.

It's a great story! When Tkach rebirthed and purposed Christmas into the Church with all the associated arguments, it was part of my "no, I"m not reinventing my wheel as if the theological tale was literally true. I came to play hockey and now I have to coach Basketball, whichI don't like." Best decision I have ever made.

I have a small tree here amongst meteorites, stone tools and fossils and a stocking for Angie and one for Dennis. It's fun. I like the calming lights in the room with the fish tank and is where I sit or read quietly after a work day and think about how it's all been and the journey I seem to have taken based on decisions I made long ago and along the way.

It's my quiet space where I can also write...and blow smoke out my ass for all you to enjoy
:)

But remember, when you look at the moon, you are looking at what's left of the real cause and reason for the season.

PS My new picture is a The Shaman of Trois-Freres. And that is not smoke blowing out of its ass. :) I thought I'd say that now as I can see it coming... I'm a prophet brethren.

"Why are we so fascinated by cave paintings? I believe they are one of the most direct ways of touching our ancestors. Cave paintings document a transitional moment in human evolution when we began using symbols and images to represent our experiences and record cultural knowledge and activities."

Among the most famous of the art found in the painted Paleolithic caves of France is the Shaman of Trois Freres (pictured at left). With its bearded face of an old man and various animal parts, it dances across the cave wall, and across time, revealing the costume, activities and said to be the first representation of a shaman.

Cave art also reflects methods shamans use to achieve altered states of consciousness, the experiences of trance with visions, geometric shapes, and spirit animals and beings. It makes sense that these images depicted on cave walls are the perfect setting for a journey to the spirit world.

This is deception through omission. Among other things, asteroid 'vacuum cleaner' Neptune is in the wrong place. It could not have developed its gasious structure this close to the sun. It's gases would have evaporated. It must have been moved from further out to its present position. Some of the composition of Saturns rings conforms with this movement. Mars is also too small based on what's known about planet formation.
Planets have been moved around.

I don't think the fact that Hanukkah falls on the 25th of Kislev and Christmas falls on Dec 25th is a coincidence. Hanukkah is also known as the festival of lights, and Christ is portrayed as the light of the world so it makes a good fit. Kislev of course is a lunar month, but Hanukkah almost always falls in Dec. The early church of Rome just decided to reckon their own timing for Hanukkah using the Julian calendar just as they cooked up the computus for calculating "Christian Passover" and the Easter Sunday that follows it so they could be rid of any dependence on the Jewish calendar that was left in limbo after the destruction of Jerusalem. Just my opinion.

Ronco no offence, but I think you’re making the same mistake as Hislop, BI, HWA etc. who saw connections and conspiracies based on coincidences.

anon said "Among other things, asteroid 'vacuum cleaner' Neptune is in the wrong place. It could not have developed its gaseous structure this close to the sun. It's gases would have evaporated. It must have been moved from further out to its present position"

Well first of all it can't be in the wrong place because it is in the place it is. Parking space is not judgmental in space :)

Perhaps you meant Jupiter and not Neptune?? Jupiter and Saturn have evidently swapped places and Jupiter was much closer to the sun before the rocky planet of Mars formed. The rocky planets of Mars, Venus and Earth are such because they are close to the sun. That's the nature of hot rocky planets. The gas giants of Jupiter, Saturn, Uranus and Neptune (which is the furthest out and gaseous because of the distance and cold etc.

I was sitting in a mega church recently where the pastor was beaming about how God placed Jupiter where it was (recall it has wandered) to be the vacuum of the solar system. It protects the earth. I leaned over to my son and said, "Well except for the five mass extinction events of earth history where it was asleep" Lol.

When you see the hundreds of thousands of craters on the moon, remember that Earth took the same beating in the late heavy bombardment. It is just that Earth is such that the movement of the plates and such recycle the planet and surface evidence of the same event is more rare to now after billions of years.

I spent a few hours this summer in my journey home from Oregon to SC sitting on the rim of Meteor Crater in Az. There was no one there but the person who opened the visitor center. It was amazing. A mile across and 1000 feet deep originally. I have a piece of it in my collection. Space rocks are humbling and as the oldest thing a human being can hold in their hand, something that keeps my own perspective on how amazing life is and what a privilege it is to be consciously aware of it, at least for a short time.