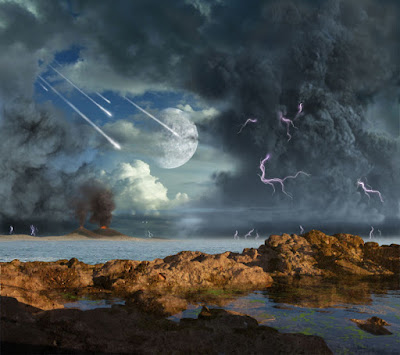 "Does the amount of water on and in the Earth support the view of the Genesis flood of Noah’s time?

"What does science say?
It’s left with two options for what accounts for all of the Earth’s water:
The latest studies pointing to vast reserves of fresh water – or “primary water” – are being used to lend credence to the second option. Why? Because the previous theory could not begin to explain how water equivalent to or exceeding the water in all of the Earth’s oceans could have found itself deep beneath the planet’s mantle.
So maybe there is another explanation – God made the water." 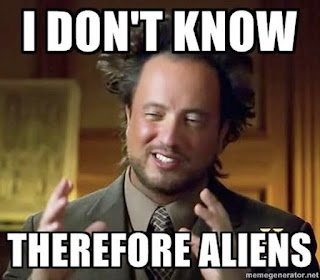 (Nor is the Grand Canyon a Genesis Flood feature)

At a minimum, the first 11 chapters of Genesis are tale weaving and story telling in an age where "that's the best we can do",  to explain things in ways we should know better than today.  Many don't of course because "It's in the Bible". 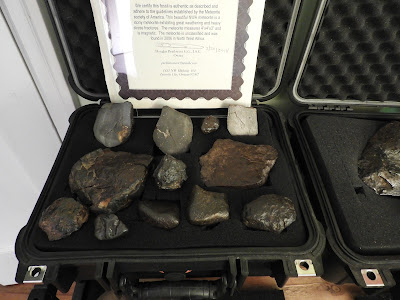 A personal collection of Carbonaceous Chondrites containing water. These are pieces and left over debris, 4.5 billion years old, of the formation of our  solar system and spent the vast amount of their time between Mars and Jupiter before ending up on my desk.

The origin of Earth's oceans has been a topic of much scientific debate. But with a genuine understanding of Deep Time for our origins and the nature of the chemistry of  not only our Solar System but of the Universe itself, water would come naturally to a planet just as did Gold, Silver and platinum and iron from the cores of exploding Super Nova.  These rare elements are formed in the last seconds before a star explodes and spews them into clouds that later coalesce into new stars with new and planets with these elements within them now.
Long wonderful story brought to us by science, not religion.

As a counter point to Dr Bob's simplistic and faith restricted nonsense...
If the topic actually interests anyone and Answers in Genesis is not found to be all that satisfying, there are many well done lectures on the topic and what is known and suspected to date as to the origins of water on earth. None of them will reference Noah or the Genesis Flood.

Did Asteroids bring water to Earth?

All the water that was once on Mars, came to the Earth via space ships. PROVE ME WRONG! ;-)

The Noachian Flood likely had little to do with the water formation processes of earth. Principally because it was not large in scope. I believe one of the following is true:

1. The Flood story is an allegory. It may allegorize a collection of actual events.

2. There was a local flood, probably involving the flood plains of the Tigris and Euphrates, that wiped out some villages dating from the Neolithic where the descendants of a man named Adam lived. From their circumscribed view, the local flood wiped out their whole world.

I favor point 2. Not only does the geology not support a recent (Ussher speculated the event occurred in 2349 BC I think the Hoehvian date differs by a few hundred years) global flood, human genetic history does not allow it. Consider that if there were an extreme genetic bottleneck like that described in Genesis about 4K years ago, all the world would have Noah's Y chromosome haplogroup. Everybody in the world would be haplogroup J. But, for instance, archeological finds indicate that haplogroup R has been continuously and physically present in the world since 24,000 BP.

The King James translators made the Flood global. Something that is highly neglected in hermeneutics is the fact that the Bible translators from earlier centuries already had a doctrinal commitment when they translated the Bible. So they naturally incorporated the influence of their pre-conceived doctrines into the translation processes and products. The King James translators, Protestants all, were not perfect or "inspired" just because they could be seen as a part of the mythical British-Israelitish domain. Remember that the WCG had to skip over the KJV and go back to the original Hebrew to figure out what day Pentecost was on.

It's all coming back to me from when I studied Oceanography -- water in crystalline rock layers, comets, meteors, etc.

...came to the Earth via space ships...
Remember the TV series V? The "visitors" needed to transport two things from Earth to their home planet - people and water.

Then there's the "Hovind Theory" - where the pre-Noachian Earth was surrounded by an ice shell which broke apart to make the polar ice caps, flood waters, and carve the Grand Canyon. The diploma-mill scholar who proposed this theory is a YEC.

I think I remember something similar in an old book about "atmospheric water canopies". The whole thing seemed like a lot of much-ado-about-nothing to me, but I know some people are fervent about their favorite magic story.


Remember that the WCG had to skip over the KJV and go back to the original Hebrew to figure out what day Pentecost was on.


please show me ANY original Hebrew. There isn't any, nice try

and "Pentecost" isn't even Hebrew, get your terms correct.

Thank you all the above posters for reminding me that God is limited, and could not have possibly come up with enough water to flood the whole earth.

The flood was local? Why of course. God placed a Star Trek type force field around Noahs neighborhood, and flooded that area.

Probably the greatest lesson here is that ACOG types still rigidly claim to have the only possible answers to questions, in spite of their answers raising so many additional questions that they then conveniently ignore in order to maintain their belief system and agenda. Nobody typifies this more ridiculously than Bob Thiel.

So much to make one laugh these days, but none of it funnier than one of the bikers on Sons of Anarchy addressing the Chief of Police, who was undergoing cancer treatment, as "Chemo-sabe"

" but none of it funnier than one of the bikers on Sons of Anarchy addressing the Chief of Police, who was undergoing cancer treatment, as "Chemo-sabe"

Oh that's a great play on words! A little jocularity and hilarity in the face of adversity is makes good like a medicine!