Living Church of God: Members Forced To Watch Film About Life of Rod 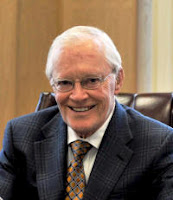 Apostle Malm is reporting on happenings in Living Church of God at the Feast of Tabernacles.  There seems to be a power struggle going on as the top brass attempt to see who can kiss Rod's ass the best.  Also, the LCG membership was subjected to a film on the life of Meredith while at the Feast.  God forbid if you got up and walked out during that!

This film has to be one of the biggest whitewashes ever produced about a COG minister! But then, most of the Feast films were always propaganda that painted a rosy picture over the face of a deceitful cult that was destroying lives.  LCG Film : The Whole World Will Be Following Us In World Tomorrow

LCG is now in a power struggle over the succession to Rod Meridith and the game of office politics is raging as contenders and hopefuls compete in a “loyalty to Rod” contest.  In the midst of the Feast a film on Rod’s career was aired. I hear that on the Day of Atonement one elder actually preached that the day was all about obeying those ministers above you.


I will give it a day or two before Prophet Thiel gushes about the important witness about the life of Rod that was put on film, that there is no power struggle, and "yes, members are supposed to obey ministers!"

Did they include his numerous false prophecies in that film? What about publicly preaching from the pulpit that he spanked both his wives and his daughter?

Was there film of him being caught coming out of Le Sexx Shoppe in old town Pasadena?

That has to be one of the worst feast films I have ever seen! Why does Meredith have to sound like he is shouting when he should be talking in a normal voice? And where in the hell do they find the background announcers for these films????? That voice is creepy to say the least! That film is just plain weird and creepy!

What a propaganda piece to prove Rod is the rightful heir to HWA because he 'trained for thousands of hours" at his feet.

I can hardly wait until when Dave Pack spends about a million dollars, for the most spectacular, amazing, overarching, never before accomplished and something that never has quite been done like this, tribute to himself.

I honestly do not feel there is any insincerity in this video. Rod is who he is and came from the background he came from with his experiences.

At 14 I had the same thoughts and questions and same obserations about what I was hearing as a Presbyterian kid. The church said nothing about anything and as i read and read the Bible I found there was so much more in it I never heard of. And so much in the NT that was never mentioned in the Presbyterian church. I can honestly say I cannot remember one sermon from my youth. The other side is that there are some in WCG I cannot forget!! :)

I realize Rod has and had his ways along with everyone else having theirs. I've had and have my own.

Rod is reminiscing as anyone of us would do with the life we actually had perhaps not the life we had hoped for or felt was out there.

Perhaps I see my own dad in the aging I see in Rod and in us all. Of course I don't agree with LCG , PKG, RCG or the many COG's and personalities that have taken their small chunk for whatever reasons.

But I do see sincerity no matter how misplaced or off track with reality.

I know you guys are gonna cruxify me for being kind..ha. It's just the mood I'm in at the moment. :)

Well, sincerity, while it is a good quality to have, doesn't quite cut it for me with some of these ghosts of Feast of Tabernacles past. My fondest wishes would be that Meredith and others became invisible and insignificant and that the Armstrongite points of view would fade into nothingness.

And, they are already that in terms of street buzz. Had we not all had such horrendous experiences at their hands, we, too, would be completely oblivious to them. At least many of the Nazis ended up hiding and perhaps wishing they had never heard of Hitler.

Bob, I'm just taking the bigger view here at the moment, or perhaps just watching it reminds me of my own original desires to just do the right thing and know the right things as a kid.

Had I been more of a victim of it all in ways that were very memorable and scarring, of course, I'd have more visceral feelings. I have many regrets of course, but I know down to my toes no one could have moved me until I moved me and I do take responsibility for my actions and inactions. I just can't relive or fix them at this stage.

I'm guessing unless there is a very strong leader succeeding Meredith, LCG will not be around for a long time afterwords. Of course that doesn't mean Spanky can't live to be a hundred...

Within six months after Rod croaking a split will be in motion. Count on it. Money and power will be the driving force behind it. Such are mere men.

A film on the life and times of Roderick C. Meredith? LOL!

Who does Rod Meredith think he is -Herbert W. Armstrong? LOL!

Dennis said, "I know you guys are gonna cruxify me for being kind.."

MY COMMENT - It's OK to be kind, Dennis. I didn't watch the film, but if you say he appeared sincere and reminiscing, then that's good enough for me because I know you have honesty and integrity.

Byker Bob said, "Well, sincerity, while it is a good quality to have, doesn't quite cut it for me with some of these ghosts of Feast of Tabernacles past".

MY COMMENT - "Ghosts of Feast of Tabernacles past" - that's funny!

I remember thinking when I first saw RM in person at AC that he was trying very hard to be like HWA without the means to succeed (no charisma). He copied gestures and speech patterns from HWA almost to exaggeration.

Probably some of his despotic behavior came from emulating HWA without the sense to see that HWA would perceive anyone acting on his own in such a way would be perceived as a threat.

For all his hero worship of HWA and placing him in the position of surrogate father, I wonder if in the back of RM's mind he knows that HWA never had any real affection for him.

RM is pitiable in a way. Although the major portion of my compassion is for those who suffered for his father issues. I think he sold his authentic self out years before to being a cheap knockoff of HWA. Less poisonous than the original but still able to harm.

Can you imagine seeing a feast film about Spanky? It was difficult enough sitting there listening to Herbie about the "two trees" for the umpteenth time...trying to stay awake. I'd have to pinch myself several times, until finally, even THAT didn't work. I hope the lights were out. Gag!