E W King: Join The Military So You Can Kill Pagans In End Times 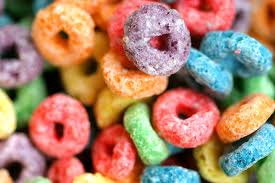 The stupid machine is working over time in E W King Land.

Presently the Worldwide Church of God [COGSR] teaches that it is alright to serve in the United States military. There is only one more and final World War which is coming soon. This war Christians will certainly be involved with. The pagans will finally have their chance to take over America [Manasseh]. In this war Christians can fight to the end. The Bible prophecies state that America will go into captivity because of her sins. Christians however love this Great Nation and it would be a blessing to die for it and God in the last great battle!

King, like Malm, is an exellent example of the God Haunted, Conspiracy minded, scripture pasting, closed minded, stove up, theologically ignorant, probably repressed and guilt ridden minds that emerge from trying to figure out what the hell the Bible wants. Not that what it wants it should get, but how sad to be stuck in such a state of mind.

I suspect he, as Malm is totally unread outside a very small circle off booklets and short articles full of "we should," "You must," "We need to.." admonitions.

There were never any real teachers of religion or accurate theology or church history in the COG's. There still aren't because a person, male or female would not survive. When I had the opportunity to tell John Shelby Spong how much I appreciated finally getting the problems with the Gospel literalisms clear up a lot and made great teaching sermons, he said, "That's good...you won't survive," and chuckled. :) They make up a story of how they perceive it to be and stick with it for 75 years.


This mind is a terrible thing...waste it!

awww come on....it's always been an open "secret" :) My father wrote Joe Tkach Sr years ago to thank him for destroying his local congregation and signed it..

M.T.Hall because his church hall was empty.

I honor my dad by keeping the schtick going.. :)

I live in the USA, ans see few pagans here.

(Except for the mainstream Christians, that is!)

Christianity is paganism, with a light topping of cheesy jeesusy fluff on it.

Sounds to me like E.W. King is one of those gun-totin' F350-drivin' Rush Limbaugh listenin' cowboy boot an' hat wearin' Jesus freaks. Kill alla them pagans, democrats, an' illegal immigrints, an' let God sort 'em out! He must have been in heaven when Bush was in office.

Have you guys read "The Journal" yet? You can click on to it over at Gavin's (Otagosh).

Man! What a seething cauldron of bizarre mutations! I've got a headache just from a brief scanning of it!

I pretty much smile when reading The Journal.

Not sure why. Maybe because even though there's plenty of nutty advertisements and viewpoints, I know that there's only a miniscule segment of the population that reads it.
(As opposed to, for instance, "Liars for Jesus" like Rush Limbaugh, David Barton, Creflo Dollar, the Christian cannibal puppetguy, Joel Osteen, and Glen Beck,- all of whom HAVE given me headaches now and then, lol!- Maybe because I know they have many more rubes who believe their garbage than anyone in The Journal does.)

Some of the organizations and publications that have sprung up use language that leads one to believe that they are trying to unify, or reunify the ACOGs and/or independents. I believe that may be, or may have been at one time, the goal of the Journal. However, the most recent issue seems to be a case of everyone with an axe to grind, or a particular point of view, or a "new truth" attempting to get into the act.

Does anyone know how widely the Journal is read by Armstrongites? Is it considered to be a good thing, or a bad one? There is a lot of diversity of opinion, a factor which would be difficult to envision loyal Armstrongists seeing as other than heresy. And, this is in spite of the standards which Dixon does apparently maintain.

I like the blog or forum format, as opposed to an e-newspaper. There is more opportunity for discussion, and a sense of immediacy.

My goodness me! You can just sense the anger in his tone of voice can't you?! Much like a lot of American "Christian" televangelists really that seem to project an undercurrent of hate and anger in their sermons. But, didn't Jesus instruct his followers to "Love your enemies" (Luke 6:27) and informed Pilate, "My kingdom is not of this world" adding that "if it were, my servants would fight" (John 18:36)? So isn't the distinguishing feature of a follower of Christ supposed to be that they don't fight? That they are willing--not to take lives--but to lay down their lives in service to Him? Of course it'd be next-to-impossible to love your brother or enemy as Christ exemplified when you're trying to kill him on the battlefield now isn't it?!

John, maybe you could add your points of view to The Journal.
I think it'd be a good fit.

Um, thanks for the suggestion Anonymous...I think? I'll take it into consideration! ;-) We are talking about the WSJ right--it's the Journal afterall, yes?