Dennis On: How Truth Wins Out 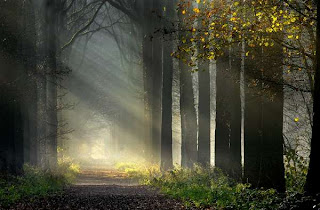 All truth passes through three stages.
First, it is ridiculed.
Second, it is violently opposed.
Third, it is accepted as being self-evident.
—
Arthur Schopenhauer, German philosopher (1788 – 1860)
"A new scientific truth does not triumph by convincing its opponents
and making them see the light,
but rather because its opponents eventually die"
Max Planck

The differences between being a believer, a religious person, a Bible reader etc and a spiritual person are numerous.

Religion tends to be what others pour into one's head from the outside outlining how that person should be, behave, support and show up an external organization or like minded group of people.  Religion requires membership and compliance to the thoughts and teachings of others.  A religion tends to tell you where to be on various days, which days are more important than other days, how much of your resources to give and to whom.  You show support by belonging.  In the COGs  you kept the Sabbath on Saturday, you ate or didn't eat certain things because an outside source said so.  This source may be a book that is claimed to be handwritten and inspired perfectly by a Deity, or the leadership who has had this source poured into them to pass on to the membership.

When you are having a religious experience, you find yourself sitting a lot and listening to others who know.  How many hours did I sit and just listen to others tell me how it all is, as if they know. How many words did I speak trying to convince and inspire as if I knew!

The dog is the animal of religion.  It gets trained to sit when told to sit, to roll over when needed, to come and go when instructed to and to speak only when asked to speak.  A dog can be your best friend or your worst enemy depending on how you treat it.  It can be beaten into submission and had such fear put into it, that it can barely function on its own without permission.  It obeys out of fear or reward.  A kindly tone of voice will melt the dog's will and it will sit anxiously at your feet awaiting the tiniest bit of your attention.  The smallest of treats will get huge results from the dog. Dog's are religious and follow as instructed and trained to.

Spirituality, on the other hand is an inside job.  Religious organizations or individuals can rarely abide a spiritual person.  They don't go along for the ride unless they choose to.  They give out of a genuine belief and desire to do so.  They easily withhold their material and personal support when they personally feel it is neither appreciated nor properly used in support of the spiritual hope that lies in their soul.

Those who experience the "from the inside out" spirituality don't give in to religious intimidation for non-compliance.  You can't disfellowship them, because they will leave at the drop of the religious hat.  Hell does not concern them and their concept of a Deity is not so much the angry God, but the benevolent one that includes all people.  There are no "chosen people" or "called out people" or "one true people," to the Spiritual person.  They understand that life is a journey and that we are all on the path, just not all on the same part of the path.

They don't hold anyone as better than anyone else.  They don't hold the opinions of the religious as any better as those who claim to know than their own beliefs and opinions about such matters.  A spiritual person is very good at saying,  "I'll take that under advisement."

A spiritual person allows for the fact that everyone filters their world differently and that is totally allowed.  A spiritual person knows the folly and impossibility of  "all speaking the same thing," or all "being of one compliant mind."  Spirituality is journey and not some destination that is "just around the corner," "coming soon," "no more than 3-5," or "truly brethren, time is short."

Spirituality is a practice in the moment.  It does not abide in the unchangeable past or the unknowable future.

"Of every teacher I have ever had, they have all been cats."

It's almost difficult to believe that the Apostle Paul actually wrote the following...but it does reflect an awakening of sorts and an understanding between mere religious beliefs and a true spirituality inside the person.

4 Love is patient, love is kind. It does not envy, it does not boast, it is not proud. 5 It does not dishonor others, it is not self-seeking, it is not easily angered, it keeps no record of wrongs. 6 Love does not delight in evil but rejoices with the truth. 7 It always protects, always trusts, always hopes, always perseveres.

8 Love never fails. But where there are prophecies, they will cease; where there are tongues, they will be stilled; where there is knowledge, it will pass away. 9 For we know in part and we prophesy in part, 10 but when completeness comes, what is in part disappears. 11 When I was a child, I talked like a child, I thought like a child, I reasoned like a child. When I became a man, I put the ways of childhood behind me. 12 For now we see only a reflection as in a mirror; then we shall see face to face. Now I know in part; then I shall know fully, even as I am fully known.

13 And now these three remain: faith, hope and love. But the greatest of these is love.


...after all his cursing of those that opposed him, bragging about how amazing he was, having us all believe he'd been to the third heaven but could not reveal the contents of the trip to anyone ever, went back forth between being the best pencil in the whole box to being the least worthy one, knowing time was short so give everything up and generally making an obnoxious ass out of himself in claiming to know it all.

But if he did, I'd say for this brief moment in time, he had crossed over from being religious to having a spiritual experience.

Suddenly, being a glib and polished speaker was meaningless to him.  Believing he just knew when his Jesus was returning, for sure in his lifetime seems to have been given up and discarded.  Being at odds with everyone had gotten old and perhaps we are all one after all had replaced the specialness he attributed to own birth and calling.   In short, whoever wrote, and it is a possible insert, understood the difference between true spirituality and mere religious belief.

I have always been taken back if not just amazed at the kind of mind it must take and be to sit in the average WCG splinter or sliver still allowing the one true man to tell them how it all is.  What kind of a mind "sends it all in," when told to or cuts themselves off from family because they are told to by both a book and a book reader?  Who still sits and listens to how the future will for sure unfold for them if they just abide in the religious mindset of the organization, without realizing that it has never worked out for anyone before them who said the same.  What kind of man thinks his remaining alive is a sure bet because he is so special and so badly needed by the group?  It has never been that way in the past, so  how now?

That is all religious talk and contains precious little personal spirituality, which would recoil from it in the first place.

You can't herd cats, they are too spiritual, but you can train a dog to roll over, fetch and speak out of the need for reward or the threat of some fearful punishment.

How will the world of mere religion and Bible readers ever change from being chosen to just being part of the journey along with everyone else?

"All truth passes through three stages.
First, it is ridiculed.
Second, it is violently opposed.
Third, it is accepted as being self-evident."
Arthur Schopenhauer, German philosopher (1788 – 1860)
"A new scientific truth does not triumph by convincing its opponents
and making them see the light,
but rather because its opponents eventually die"
Max Planck

Having three dogs, I see exactly what you are driving at. We were all good "pooches" when we dedicated our lives to that cult.

Trouble is, dogs get real treats and rewards. Ours were usually of the ethereal variety. Dogs live in the now and aren't as easily hoodwinked. They're such lovable, endearing little creatures.

My cat, Mikey, is running for President of the United States. Felines simply aren't affected by anything but reality and no theories or ideas about what is or what is to come interest them in the slightest.

The truth is that truth depends on science: Science is a tool which uses data with experimentation which reduces to reproduceable results. Science is the bane of cult existence, since science relegates useless baseless opinions to rubbish.

For further information, be sure to read "What Science Means to Me" by Jerry Oltion in the January / February 2012 special double issue of Analog Science Fiction and Fact. He concludes the article with:

I look at history and I thank the Flying Spaghetti Monster (metaphorically speaking) that I was born in the age of science. I'm free to pursue science in my daily life. I can look at the Universe around me and exult in the comprehnsibility of it. I can participate in the greatest of endeavors: Learning how the Universe works. And I take great comfort in the knowledge that it is, after all, understandable in logical, rational terms.

That's what science means to me.

Unfortunately, the Armstrongists attempt to take us back to the dark ages where witches soured milk, the earth was the center of the Universe and crazy oppressors held rulership to abuse their livestock, the peasants. With their help, we can be reduced to utter superstition with only magical thinking as a guide with liars collecting the tithes.

Like I said in a round table discussion a couple of years ago, "All religion is man made."

I like this quote from George S. Patton, "If everyone is thinking alike then somebody isn’t thinking."

Truth be told there's plenty of bogus science out there, which is corrupted by various biases. Some of these biases, such as political correctness may even be systematic. Even so, I expect science, when taken as a whole, to generally point in the general direction of truth. Likewise, there is plenty of truth in the churches. Even so, I expect any given theology to generally point in the direction of the enrichment of it's preacher.

Just like those images whose pixels are merely smaller images, if you can learn to ignore the details, and simply pay attention to the overall picture, the truth always clearly presents itself. Truth wins out by virtue of what truth is. It cannot be otherwise.