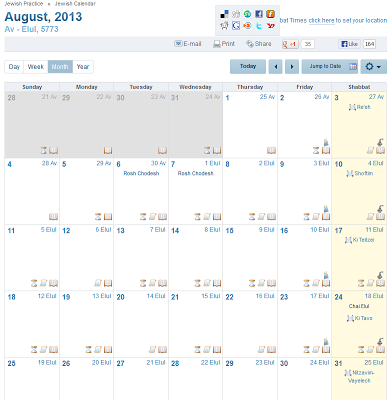 All COG members will be reunited under the leadership of Dave Pack by August of 2013.  This will allow them all to travel to the Feast of Tabernalces here he can witness to them all at once about his awesomeness.


The next phase of this prophecy is described as taking place 26 days later—on what is the last day of the Feast of Tabernacles (not the Last Great Day). Do not miss the shift forward in timing, and recall that Haggai means “My [God’s] Feast.” Think of this short book as containing a “Feast related” prophecy, but especially in regard to the second chapter. This is one great reason proving the people all return to God’s Church on the 24th day of the sixth month (Elul) of God’s sacred year! (There are other reasons that will be explored later.)

Also note that instead of God solely addressing Zerubbabel and Joshua, He includes the “residue of the people.” (“Residue” is the same Hebrew word as “remnant.”) God now speaks directly to the remnant since all of God’s people are back together, and have been for almost four weeks. As the whole Church is galvanized back into one after a period of separation for decades, certain critical messages must be heard at the Feast. Verse three becomes what should be considered as a summary of God’s instruction to the regathered remnant. (Think of it as a sermon outline for God’s ministers.) God next asks a crucial question that becomes another proof of who the chapter one “houses” are, and how they came out of something much bigger.

Will Malm be there as well, so we can finally see what an honest-to-goodness Pharisee looks like?

Dave believes his work will be finished by 2016. About the time his 1960's out of real time campus should be. He does allow himself some wiggle room no doubt out of necessity.

1. God is giving us more time

2. God is showing us he wants to bring in more people

4. I did't say which August

5. You stupid fools, YOU misunderstood me. It's Spiiiiiiiritual!

6. The buildings are fulfilment of "blessed is he who is found so doing.."

How brain dead do you have to be as a RCG member to:

Send in your retirements

Send in your to be sold home monies

Send in your inheiritance from you parents now or give your estate to the church before you die as legal stuff takes a long time.

Send in excessive funds in the bank that are sitting there doing nothing.

Sell extra children and send it in...ok, I made this one up.

Ezekiel 13:3 This is what the Sovereign LORD says: Woe to the foolish prophets who follow their own spirit and have seen nothing!

Good to see another Armstrongist leader setting exact dates for his prophecies to fail on. It just makes everything so clear-cut about whether or not he's a false prophet.


NOTE to NO2HWA: Carefully COPY and SAVE all the written and spoken information from David C. Pack about this matter. If it does not turn out as currently expected, this information could suddenly disappear and it could then be denied that it ever existed.

This is WONDERFUL NEWS!!!

Now, either it WILL happen or else it WILL NOT happen.

By the end of this year (2013) we should be able to know if there is anything to David C. Pack or whether he was just getting too carried away with himself and going crazy.

There are a LOT of people who are copying Dave's announcements and prophecies. He is going to be proven to be liar just like Ron Weinland is. His words are forever frozen on the internet.

My only question for Dave would be, what if everyone does suddenly come streaming into your RCG? Are you going to step aside and allow someone who is qualified to take over?

Just thinking. This has all forced me to recall the Al Pacino, Keanu Reeves classic "Devil's Advocate".