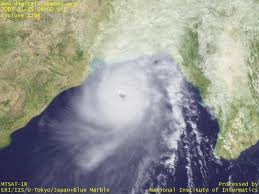 The non-ordained self-appointed false prophet is ranting again about the weather being a sure sign that God is bringing this world to an end.  Bad weather was designed by Thiel's god to get peoples attention.

We may be at this prophetic point as all the earthquakes and other weather problems that have happened in the past year or so could be considered as “troubles.”


While humans often seem to think otherwise, God is in charge and controls the weather. Notice the following:


God intervenes in weather to work out his purposes among nations…
Plagues of disastrous weather are a warning to humanity. Weather for the most part operates according to natural laws. Damaging weather patterns sometimes develop. God simply may not choose to intervene to stop them because of nations’ various sins and idolatry.


The Bible reveals God also directly intervenes to cause weather plagues to warn certain nations. “I have smitten you with blasting and mildew . .. yet have ye not returned unto me, saith the Lord” (Amos 4:9). He, in his great purpose, may also allow Satan-the god of this world (II Cor. 4:4)-to have a role in producing calamitous weather, for man’s ultimate learning (see Job, chapter 1). (Schroeder D. CHAOTIC WEATHER Return of the dust bowl? Plain Truth. 1984, pp. 19-20)


Thiel has a history of reveling in the upheavals dumped upon others by his god.  He takes advantage of every situation to point out what sinful human garbage the people are and that have to suffer because of his god.

Thiel wants you to know though that he prays for the affected. But then lets them know again that they are disgusting sinful worms and deserve what is happening to them.  His god says so!

My prayers go out to those affected.

Of course, weather-related troubles are biblically expected as Jesus stated:

A tornado in Texas! That has never happened before has it?

What more weird thing can happen yet?... an earthquake in California?

Things could be worse, though, much worse! I wonder what the Jovians living under the Great Red Spot are doing wrong, or the Saturnian Eskimos living under the hurricane at its north pole. Since these storms are so persistent, it's obvious that the people living there are very rebellious, and have been refusing to repent for a very long time now, otherwise these storms would not be so stable. This is obviously the hand of god at work, punishing disobedient aliens. My prayers go out to those affected. The same thing could happen on this planet if we earthlings do not return to god too!

I read just a few days ago that the number of tornadoes hitting the U.S. is at a 60-year low. God must be (relatively) happy with us.

A sign of the end is really the one that stands out among all others in the twisted world of the cogs.

11: and many false prophets will appear and deceive many people.

Bob is one of them. False profit!

It is amazing how into the weather is God rut Bob gets. RCM at LCG sees weather the same way. It never crosses their bronze age minds that they are repeating the fears and beliefs of people thousands of years ago and they should be over this nonesense.

Yet, as long as the wind blows and you can quote the Bible on weather stuff, you can stay ignorant and given to superstition and bad science. And this from a "Dr."

If the newspapers screamed that Adolf Hitler had suddenly and verifiably been raised from the dead, I might tend to think (subject to further review) that it could be a sign of the end.

But, these yahoos fan the flames every time something totally predictable and natural occurs! What they don't realize is that continuously crying wolf is contributing to the cummulative ridiculousness of the whole topic of endtimes. I've come to realize that that (in addition to greater faith in God) is probably why mainstream Christianity doesn't dwell on, milk, or proselytize through trying to read prophecy into their newspapers.

This just triggered a memory, something that happened in my WCG home as we were growing up. My mom said rather sternly, "Boys, I need instant unquestioning obedience! There may come a time in the future when your father or I make a gesture to you, and if you don't follow, our whole family could be captured by the Germans!"

The end is here? How many times must it be repeated? This is nothing new. Cultists have been making the same predictions for thousands of years. Bob really needs to cool his jets. Better still he should find another career.

And also like the "Armstrongist splinter who cried Satan"!

It's harmful to tell such lies.
It's like the UCG's huge recent splintering. The UCG tells it's members that Satan is behind the splintering. That lie will cause more families' and friends' relationships to be torn apart.

"It's like the UCG's huge recent splintering. The UCG tells it's members that Satan is behind the splintering."
Is there any shred of evidence for this? And don't cite Malm, he never has any proof of any of his hate-filled accusations.