Dave Pack Lies Again: All COG Members Who Do Not Return To Me Will Loose My god's Spirit 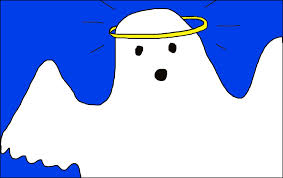 Dave Pack in his latest Friday installment of so called prophetic writing sent was sent out to the Churches of God.  Dave, still in his own delusional state of mind, stupidity believes that ALL Church of God members will be returning to the ONE TRUE CHURCH by the end of the year.  A dramatic thing is being predicted by Dave as the defining moment when the choice comes to return.

First recall that verses 12 and 14 both use the term “ALL” to describe the remnant returning to work in God’s House. As with some instructions recorded multiple times in the Proverbs and elsewhere, God occasionally repeats a word or phrase to bring stronger emphasis to His message. Understand God’s intended meaning in the word “all.” The Hebrew word means “whole…all, any or every…altogether…whatsoever.” Take this word for exactly what it means. A loving God is bringing “all”—ALL!—of His people (everyone who has the Spirit of God) back to His Church. Other Scriptures (to be seen later) make plain that every true Christian around the world who does not take action—at a certain crucial moment evidenced in verse 12—will lose God’s Spirit. (My article on this subject—“God’s People Back Together—SOON!”—provides more proof of this.) Think of it this way. There will not be any remnant of the remnant! Those who do not come, have ended their relationship with God. Other passages outside Haggai make this PLAIN. For now, just know that God is unmistakably clear that this is what happens to such people. I rIn weeks to come, this moment of decision will be more fully explained. We saw that the people are waiting for reunification, but mistakenly believe it is not yet time. When God provides a clear opportunity, He expects His people to ACT—and quickly! I repeat: those who do not—whether laymember or minister, rich or poor, young or old—will LOSE GOD’S SPIRIT!


If you do not heed Dave's call to you at that time then you are damned to the pits of the Lake of Fire for the rest of eternity, writhing in agony because of your stupid decision to not return.  You ass is grass because you failed to recognize and worship the feet of god's greatest living apostle EVEEEEEEEEEEEEEEEEEEEEEEER!

Another point from verse 12 becomes absolutely critical to examine—and understand. Since Haggai says that the remnant “OBEYED the voice of the Lord their God,” it becomes obvious that previously “this people” had been DISobeying God. Otherwise, why this statement by God? But what were they disobeying? Here is a partial list: They rejected God’s command to be part of His one Church, which then automatically put them in disobedience to His one government. Third would be that they were not doing His Work (explained momentarily). They were also (unwittingly) stealing God’s tithes and giving them to His enemies. In addition, these enemies were teaching a wide range of other “damnable heresies” that caused God’s “truth” to be “evil spoken of” (II Pet. 2:1-2). Acceptance or tolerance of these many false beliefs had put the remnant in a further state of very REAL DISOBEDIENCE. How so?

Romans 8:38 definitely gives the lie to Dave's statement. He doesn't get to be the gatekeeper for God the Holy Spirit, contrary to what he might invent or hallucinate.

These people crack me up. They worry about losing a force, as if the Holy Spirit were "conditional"

I tried saving the pic to Desktop and expanding it to kind of scan the crowd. Unfortunately, expanding it pixilated it too much for that. It would be nice to see if these people wore typical attire.

Gerald still hasn't gotten the message, it's time to hand over his Key(s) to David!

The more I see what Dave is saying the more I'm convinced he's in Satan's camp. I hope I'm wrong for his sake.

Ancient stories are actually prophecies that say unless you send your money to me, you can't have a relationship with god. Ho hum.

Well, whatever happens, it's better than losing your mind.