Lil'Stevie Now the Public Face of Philadelphia Church of God 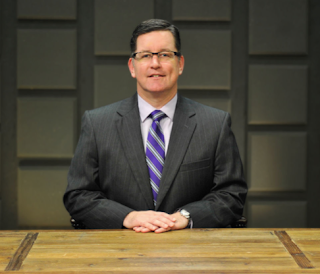 For the couple years or so, Gerald Flurry has been having serious health issues.  From heart problems to pain so intense in his legs that it prevents him from traveling on his luxury family jet. Due to his recent issues with his leg, Lil Stevie has been brought back from Edstone, England to be the public face of the Philadelphia Church of God and to stand in for Gerald at the personal appearance campaigns that Flurry had foolishly booked far in advance. Campaigns that have produced no new money streams for the church.

Now that Lil Stevie is back in Edmond, some speculate that he will start receiving more and more power, till eventually Gerald appoints him as his successor.  For some time now, people have claimed that Lil Stevie, the Turgeon clan and several other top "leaders" of PCG are only there for the money and prestige it brings them.  They do not necessarily believe some of the crap Gerald Flurry preaches.  While Gerald may truly believe he is right, many of his lower minions do not. But, like the United Church of God, many are only in it for the money.

Then, to make matters worse for the folk in England, abusive Wayne Turgeon has been sent there to replace Lil Stevie.  He has a horrendous track record of spiritual abuse of PCG members.

The day Gerald Flurry dies and these little guys take over will be the death knell of the Philadelphia Church of God.   May God quickly speed that day!


Letters of those impacted by the Philadelphia Church of God

Oh how loves he thy Jet, it is ever with thee, it is thy transportation, all the days to thy dance... From thy precepts thy run, every fast way to fly, he has more jet maintenance fees than the G-2 of old.

With any luck when 6-Pack does kick the keg, they'll all squabble over who gets to preside over the slow slide into oblivion, and it'll multiply by dividing into several insignificant pieces.

Has Gerald met with any world leaders since he got that jet? I seem to remember that was his #1 reason to get it. If he hasn't could it be he was.......lying??? Oh, lordy, I couldn't see that one coming

Stevie has created a sort of cult-within-the-cult of his young friends and admirers. He won't have any trouble keeping enough loyal tithe-payers to fund his lifestyle. His sister Laura may have trouble as the wife of the universally disliked Wayne Turgeon, but Turgeon is spineless enough that he will probably start flattering and sucking up to Stevie the way he now does to Jerry to ensure that the money doesn't stop flowing.

One big problem PCG has and will have is that its members are caught up in the myths and typologies of the WCG. There has never yet been a successful baton-passing from father to son in WCG history. HWA->GTA didn't work, nor did Tkach Sr->Tkach Jr. It seems that Jim Meredith has fallen out of favor in LCG, and there are no Pack children poised to inherit their father's crumbling empire. Most PCG members, thus, are primed to see Stevie as disloyal to his father the moment he says or does anything that implies his father might have made even the smallest mistake.

Geralds hidden medical problems had to be the real reason for the jet purchase.

The Joey succession worked just great for little Joe. Get rid of most members and liquidate the assets and continue living the lifestyle of the rich.
A lot easier than trying to convince people you are the one true church in the age of the internet.

In the PCG ministers from the top down only look out for their own like Gerald Flurry is doing right now, he’s setting the stage for his son to take over. But what happens to all his revelation of being the last prophet for this end time and the king, all this doesn’t apply to Stevie so what does it mean its not true.
I hear in canada there have also been changes to the ministry. David weeks is being sent to Chicago and John Macdonald is bringing his son Kirk Macdonald to Toronto to be closer to him. When its all said and done these moves only benefit their families and they don’t care about the brethren.

Does anyone seriously believe that Stephen Flurry will produce growth or take PCG to the next level? The splinter groups are all on their way down, particularly those which were built upon the personality of a singular individual.

For the couple years or so, Gerald Flurry has been having serious health issues.

That's the best news I've heard in a long time. The bible says that when the wicked perish the people rejoice.

"Geralds hidden medical problems had to be the real reason for the jet purchase."

Or his desire to be a carbon copy of HWA.

None of this would have happened if D.D. had told them the true ancient origins of the number 666 and the magic square of the sun-god thirty years ago.

Yeah but Flurry, Strauss, and HWA will be resurrected just in time to start WWIII.

Since it's a good bet that Stephen Flurry or some of his followers will read this article, I can't resist posting this video about Churchill's apparent homosexual activities. It seems that their "God-ordained Watchman" was compromised and used by aliens from the outset.

Beware that videos of this sort are being banned by the commies at youtube. You have to look for stuff on bitchute now.

@ 11:35 AM, let's remember that Jerry Flurry isn't the manliest of men, either, and that he, like Rod Meredith, knowingly chose to surround himself with several homosexuals at high levels of his organization. Jerry's man-crush on Churchill may be more than intellectual.

Who were the homosexuals that Gerald and Rod knowingly surrounded themselves with?

2.18 PM
Peoples reputation is precious. Making such a accusation against a religious leader is hitting below the belt unless backed up by evidence.
Homosexuals desiring Churchill, hmm, I'm at a loss for words.

@ 8:27 PM, thank you for reminding us that Gerald Flurry's reputation is so lofty and pristine that it might be sullied by the knowledge that he has the hots for men.


Gerald Flurry operates by treating his followers like mushrooms: He keeps them in the dark and feeds them his own manure that he produces. Flurry's followers all have that pale mushroom look. Many of Flurry's mushrooms are poisonous.

The Nazi conspiracy crap has been deleted.

I read an article by G. Flurry and he now says that Trump is Jeroboam 2 who led a sort of religious revival type and not Jeroboam 1 as originally thought. And the high priest who will go to him to have PCG kicked out are the religions supporting Trump not Tkach Jr. and because of this religious revival Trump will likely go back in as God will have mercy on the people for another 4 years.

If that is true. Flurry is pulling of another "postponement trick".

I am still awaiting a powerful earthquake at the Pasadena soccer finals World Championships some 20 years ago.


Anonymous on June 29, 2019 at 2:15 AM said...“I read an article by G. Flurry and he now says that Trump is Jeroboam 2 who led a sort of religious revival type and not Jeroboam 1 as originally thought. And the high priest who will go to him to have PCG kicked out are the religions supporting Trump not Tkach Jr. and because of this religious revival Trump will likely go back in as God will have mercy on the people for another 4 years.”


It sounds like Gerald R. Flurry is jealous that The President Donald J. Trump is obviously so heavenly blessed and worldly wise, with plenty of money and beautiful women--sort of like King Solomon. Donald Trump is working hard to make America great again, and he strongly supports the modern state of Israel. Some people, including splinter group leaders like Alton B. (Don) Billingsley (COGFF), and Norbert Link (COTEG), even think that President Trump will help to get a new Temple built in Jerusalem. One Jewish billionaire even prays for the day when the Book of Trump will be added to the Bible like the Book of Esther.

In sharp contrast, That False Prophet Gerald Flurry was just a drunken runt, a plagiarist, a suppressor of the true gospel, a purveyor of his own “new commission” to enforce his “no contact” policy, an identity thief, a changer of HWA's writings, a family wrecker, a supporter of old sex perverts and predators, a tool of the Devil, etc.