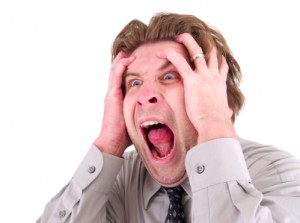 Things are not rosy in Arroyo Grande this evening.  Almost arrested Elisha Elijah Joshua Amos Habakkuk Bob Thiel is not taking too kindly to Dennis Diehl.

The apostate self appointed false prophet Habakkuk Thiel had this to say:

Former Worldwide Church of God minister Dennis Diehl has a history of posting negative comments about me over at the
Banned by HWA website.

Of course, he is not alone in this. Many apostates and unbelievers at that website have done the same. And for people “whose minds the god of this age has blinded” (2 Corinthians 4:4), will not believe.

But I thought that perhaps readers would like to see some of what Dennis Diehl posted concerning biblical interpretation and why the approach used at the COGwriter and CCOG websites is correct.

The webmaster at the Banned by HWA site, Gary Leonard posted about my post in an article later that day titled “Habakkuk Is Now In Our Midst! Heed His Warnings!.” The next day, Dennis Diehl posted the following comment in response:

DennisCDiehl said…
“For I will work a work IN YOUR DAYS Which you would not believe, though it were told you. 6 For indeed I am raising up the Chaldeans, A bitter and hasty nation Which marches through the breadth of the earth, To possess dwelling places that are not theirs”

The apostate self appointed leader of the improperly named "continuing" Church of God did not take too kindly to Dennis emphasizing the "in your days" in the above Bible quote. How dare Dennis imply that apostate Thiel might be wrong.

Notice how Dennis Diehl emphasized the words IN YOUR DAYS related to Habakkuk 1:5 (which my article quoted) and emphasized context.

Could Dennis Diehl be correct about this?

Because there are other scriptures that demonstrate otherwise. For example, the Apostle Paul quoted Habakkuk 1:5 as having applicability centuries after Habakkuk died:

41 ‘Behold, you despisers,
Marvel and perish!
For I work a work in your days,
A work which you will by no means believe,
Though one were to declare it to you.‘” (Acts 13:41)

The self appointed apostate then gets all pissy because Dennis and the rest of us refusing to acknowledge that he is a prophet and that we despise his prophecies because we all supposedly do not understand "doctrine."  We have all seen over the many decades of the church how doctrine was bastardized and turned into the most dangerous weapons imaginable.  People have literally died in the church because of lying prophets, evangelists, ministers and "pastor generals" saying things they knew nothing about or taught aberrant doctrines.

Yet, many, sadly, do despise prophecies, including those from Habakkuk.

As far as Habakkuk goes, he also was told by God that he was writing prophecies for the appointed time of the end:

2 Then the Lord answered me and said: “Write the vision And make it plain on tablets, That he may run who reads it. 3 For the vision is yet for an appointed time; But at the end it will speak, and it will not lie. Though it tarries, wait for it; Because it will surely come, It will not tarry. 4 “Behold the proud, His soul is not upright in him; But the just shall live by his faith. (Habakkuk 2:2-4)

Dennis Diehl, and many others, have ignored and/or despised the following instructions as to how to understand doctrine:

9 Whom shall he teach knowledge? and whom shall he make to understand doctrine? them that are weaned from the milk, and drawn from the breasts.
10 For precept must be upon precept, precept upon precept; line upon line, line upon line; here a little, and there a little: (Isaiah 28:9-10, KJV)
16 All Scripture is given by inspiration of God, and is profitable for doctrine, for reproof, for correction, for instruction in righteousness, 17 that the man of God may be complete, thoroughly equipped for every good work. (2 Timothy 3:16-17)

The doubly blessed dream weaver then really took umbrage at Dennis lumping the apostate false prophet in with the theologically bankrupt ministers like Meredith, Flurry and Pack.  How dare Dennis do such a thing!  Amos Thiel is God's end time personally appointed prophet of the "truth once delivered."  Even worse, Dennis pointed out how poorly trained Habakkuk Thiel is in exegesis and Christology.  How can a person who waves his big thick Bible not know anything about it?  Elisha Thiel cannot understand how he can be so theologically bankrupt.

Not satisfied to comment about my position on Habakkuk, Dennis Diehl later (1/18/17) lumped me in with a bunch of others, and posted the following at the Banned by HWA:

The hard facts are that the neither the original ministry of the Worldwide Church of God nor ANY of the resulting leadership/ministry of the splits, splinters and slivers, to this day, were properly trained in theological studies and it shows in everything from exegesis to their Christology. Their hermeneutics aren’t all that good either. Men such as Gerald Flurry, Dave Pack, Rod Meredith and Bob Thiel are “mere Bible readers”, as are the members, and are proof texters jumping around the Bible to conjure up their beliefs like the proverbial cat on a hot tin roof. They have no clue that their “here a little, there a little” is not the formula for how to arrive at the message of the Bible.
Line Upon Line: How NOT to Study The Bible
All of what Gerald Flurry, David C Pack, Roderick Meredith and Bob Thiel believe with regards to their unique selves and their message is simply bogus theology.

Apostate Thiel then has to defend his theological "training" that far exceeds any other ministers in the church, even though it comes from a diploma mill in India and a few selected classes at Fuller and elsewhere.  No real theological training.  No training in counseling.  Nothing other than Herbert Armstrong booklets and articles.  We have all seen how well that "training" has worked over the last 8 decades.

The self-appointed false prophet then makes the excuse that schooling in a real seminary is not worthwhile.

But Dennis Diehl’s position that attending the world’s theological institutions is what ministers need to do is simply not consistent with the Bible.

It should also be mentioned that nearly all who have gone through the world’s theological seminaries have not properly learned how to interpret the Bible.

That last paragraph is a very accurate description of what has happened to everyone that went through Ambassador College learning theology.  Not a single one of them ever learned how to interpret the Bible.  Just imagine had Amos Thiel actually graduated from Ambassador, he would be worse than he is now!

Then the apostate goes on to whine about the church rejecting Herbert's teachings and embracing Christmas, Jesus and birthdays.  Those damn birthdays!  How dare people celebrate birthdays!  Herbert did, but that doesn't seem to matter.

The doubly blessed false prophet then gets to the gist of the matter:

What is my point?

While education can have value, ignoring the biblical admonition to look here a little and there a little to learn doctrine is appropriate.
Should you rely on the Bible and facts to understand doctrine or ‘traditions of men‘?

Dennis Diehl is really advocating the latter, whereas I, Bob Thiel (aka COGwriter) advocate the former.

Dennis Diehl and other anti-Church of God critics remain in my prayers.

All this aside,Thiel; I have no doubt that many here do have a relationship with God.
And we can all clearly see that you are NOT ''doubly blessed''.
And we all have no doubt that if you had the power and ability you would close this blog down in a flash.
Because it exposes you for what you are!!!
And it is not a pretty sight.

If the Armstrong prophecy mold had had any cred whatsoever, we'd be well into the Millennium.

Thiel vs Diehl - A Battle For The Ages!

"Should you rely on the Bible and facts to understand doctrine or ‘traditions of men‘?", said by the MAN named Bob Thiel!


Amazing Investigation:
Pied Piper from Armstrong Cult strikes out to garner his own following:
http://ambassadorwatch.blogspot.com/2016/04/the-remarkable-story-of-bob-thiels-thd.html

"Dennis Diehl and other anti-Church of God critics remain in my prayers."

The classic "I'll pray for you." It's what a christian says when what he means is "fuck you."

Without emoticons or CAPS in the text, it's hard to tell, but to me it comes across as a bit smug. The writer will intercede on your behalf, or ask that you will be shown "the Truth" (as he understands it). I heard a Protestant minister couch the words in such a way the the non-believing listener felt comforted, included and welcomed, but that's not the COG way...

Hey Thiel, the god of "this age" is the age that preceded the destruction of Jerusalem. Learn what the bible is saying or shut the heck up moron.

My problem with Bob is that he ignores that prophesy is not the core of Christianity. Rather it is growing as a Christian. Both Bob and Dennis behave as if this is not the case. Both are haggling over non essentials. Two Pharisees fighting it out.