Philadelphia Church of God: God Has Placed A Big Bullas Over Edmond, Oklahoma. 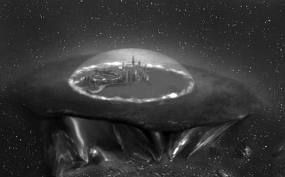 Armstrongism has always thought its self to be special and called out from the rest of the world.  The church was always so special that God had placed special protection over Church properties and members homes.  Whenever earthquakes, tornadoes and floods happened we were always guaranteed a litany of stories about how the church HQ was spared damage and that all members were spared as homes were destroyed around them.

Today, the PCG's Trumpet Daily has a video up with little Stevie next to his Jerusalem apartment.  Armstrong College has several students in Jerusalem participating in a dig next to the Temple Mount. See The Key To David's City.

Listening to Stevie's 20 minute video is mind-numbingly boring.  I cannot imagine sitting and listening to this buffoon speak for an hour and half.

In the comment section below the video was the comment that follows.  It shows how shallow and provincial the Flurry cult is in its viewpoint of its self.

So what is a push in? 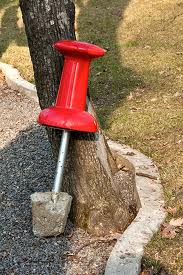 PCG's god is apparently so well pleased that he has a big push pin stuck in Edmond on the global map that says, "Here is where I dwell."


So what is a Bullas?   This is where the fun begins.  For being such a 'god' fearing church it also believes in amulets!  Of course when you have your god's special protection isn't that what you are really saying?  PCG's god has placed a dome over Edmond as the special resting place for its god and blessed it.  Edmond is now sanctified because of PCG. 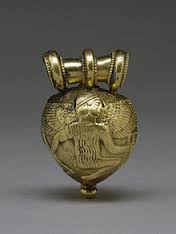 Bulla, an amulet worn like a locket, was given to male children in Ancient Rome nine days after birth. They were enigmatic objects of lead covered in gold foil. A bulla was worn around the neck as a locket to protect against evil spirits and forces. A bulla was made of differing substances depending upon the wealth of the family. Before the age of manhood, Roman boys wore a bulla, a neckchain and round pouch containing protective amulets (usually phallic symbols), and the bulla of an upper-class boy would be made of gold.[1] Other materials included leather and cloth.

A girl child did not wear a bulla,[2] but another kind of amulet, like lunula[disambiguation needed] until the eve of her marriage, when it was removed along with her childhood toys and other things. She would then stop wearing child's clothes and start wearing women's Roman Dress. A boy used to wear a bulla until he became a Roman citizen at the age of 16. His bulla was carefully saved, and on some important occasions, like his becoming a general and commanding a parade, the bulla was taken out. He would wear the bulla during the ceremony to safeguard against evil forces like the jealousy of men.

Why am I continually surprised by the dumb things that leak out of some COG members brains?
Posted by NO2HWA at 12:49:00 PM

Gee. Are we allowed to wear them as ornaments on our loafers rather than tassels?

I think Flurry's people have been watching that new summer TV series about the town that was suddenly encased in a dome. Or, maybe they ran across one of the promos while channel surfing for the Key of David.

The things some people say.

Stephen Flurry has become a total bore just like his Biblically illiterate father. How can members stand to listen to either one of them? Obviously, the public isn't paying attention. The PCG isn't growing...