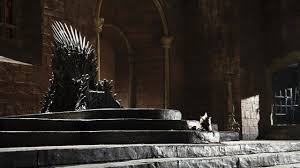 Dave seems to think his is the rightful heir to Herbert Armstrong.  He claims that HWA was Zerubbabel while he is Joshua and that the Bible foretold their separate times in history.  One followed the other and neither did their work together.  It is only logical, at least in Dave's mind, that Dave is the rightful heir to the throne.


Alongside Haggai, God has in fact hidden the most dramatic details of what happens to His people in another place—a chapter in Zechariah! Zechariah adds key elements to the picture in Haggai.

Some review from announcement #12. First mentioned in the book of Ezra (5:1-2), Haggai and Zechariah were prophets who served alongside each other around 520 BC, and “prophesied” during the time of the Jews returning from Babylonian captivity—when the Temple in Jerusalem was being rebuilt. They recorded PROPHECIES—not history!—which had no application for the ancient Jews of their time. The events described in these books clearly take place at the end of the age. Haggai and Zechariah recorded events that have mostly not yet happened, although elements of what they foretold have greatly advanced since Mr. Armstrong’s death. Also remember that these prophets include instruction to the ancient figures Zerubbabel and Joshua, and that these leaders were types of men who would come two and a half millennia later. Each of these modern types is spoken to in his own time—to men who worked primarily sequentially, not in parallel.

EVEN IF Haggai and Zechariah were prophets of the One and Only True God and they did record prophecies instead of history, and they really did record events that have not yet happened--all of which are dubious propositions at best--they were CERTAINLY NOT referring to a failed advertising executive from Des Moines, Iowa, nor were they referring to a failed health store owner presently residing in Wadsworth, Ohio. The notion that anything in the bible, or any other ancient tome refers to the WCG or any of its decaying splinters is insanity.

Dave conceniently skips the part of his anal-ogy where in the real times of Haggai Zerubbabel and Joshua were contemporaries with Zerubbabel being a political leader and governor and not a religious leader.

It's all made up to fit the agenda.

Dave conceniently skips the part of his anal-ogy where in the real times of Haggai Zerubbabel and Joshua were contemporaries with Zerubbabel being a political leader and governor and not a religious leader.

It's all made up to fit the agenda. Parts that work are magnified, parts that don't fit are apologized away and reworked.

Frankly the man gets too much attention but is also not the kind of flannel graph minister you want to turn your back on until you have in boxed in.

He may be right, since Herbert Armstrong was also a false prophet.

I see what he's doing......he goes into areas of scripture that people don't understand, ties passages together and says "see, it's all about me!"...

the masses can't keep up with his "logic" so their eyes glaze over and they think "this guy is really smart to have figured all of this out"....so they stick with him, believing anything he says....


I guess the old adage applies here......if you can't dazzle them with brillance, baffle them with BS.

Let's take a look at some general trends, and a couple of gospels.

In Armstrongism, the role of the "converted" is to support and obey their leader so that he can do the major work of proclaiming the end time message. Through their support and obedience, members qualify for salvation, and for being spared from the things their leader is warning the world about.

In mainstream Christianity, the converted, from their "saved" condition, fulfill the commission to make disciples, whether through personal example or their testimony to others. There are knowledgeable human mentors, servant leaders, if you will, but mainstream Christians look to Jesus Christ as their leader and as the fulfillment and embodiment of both the law and the prophets.

In Armstrongism, Gnosticism, things known only to a certain group, ends up becoming the key or basis for salvation. Private interpretations which most thinking people would reject as being beyond ridiculous are spun and sold leading up to their acceptance, and then rationalized and explained away following their obvious failure, the end result being that the believer continues to believe as if the failure had been success.

In mainstream Christianity, a gospel is preached that even a little child can understand. Believers are focused on the teachings of Jesus Christ, not on the teachings of a person who suddenly preaches a new gospel which he says has been lost for 2,000 years. The making of disciples, and the salvation of as many humans as possible is the goal or thrust, and when individuals are in the spotlight, they openly credit Jesus Christ rather than "a strong hand from somewhere."

No less of a source than Dr. Sam Bacchiochi leveled the critique of one man, unaccountable leadership against HWA, the WCG, and many of the pretenders to the imaginary throne and legacy of HWA. In a multitude of counselors is safety, and apparently in the SDA church, this Biblical principle was heeded and the dangers of one man (or woman) rule were recognized and corrected decades ago.

Two words describe David Pack's approach to the ministry: Spiritual Bully. He believes that God works from the top down, and that he, David Pack is the leader in the human realm. The mouthpiece, and the enforcer. The gospels teach that In New Covenant times, God works from the bottom up, transforming one individual human heart at a time.

Go follow the Pack and give him 40K followers while the rest of us COG peasants plow the Earth for potatoes.

"No less of a source than Dr. Sam Bacchiochi leveled the critique of one man, unaccountable leadership against HWA, the WCG, and many of the pretenders to the imaginary throne and legacy of HWA. In a multitude of counselors is safety, and apparently in the SDA church, this Biblical principle was heeded and the dangers of one man (or woman) rule were recognized and corrected decades ago."


Samuele Bacchiocchi wrote a little book called The Time Of The Crucifixion And The Resurrection, which supposedly examines the time element of the crucifixion/resurrection as well as the meaning of Christ’s death. Of course, Sam had to toe the official SDA party line that it was not a literal 72-hour three days and three nights. His supposedly great scholarliness does him no good against firmly entrenched beliefs. Neither Sam nor the SDA church can properly understand the time element of the crucifixion and resurrection since they do not observe God's annual festivals in three different seasons of the year with their seven annual Sabbaths. Sam even learned about the weekly Sabbath from his father. It was not Sam's own great scholarliness that figured it out.

Actually, the Seventh Day Adventist church has suffered from the one-woman rule of its prophetess Ellen G. White.

For example, some early big names in the SDA church did not believe in the trinity until EGW put her foot down. Talk about women ruling over men to their harm!

EGW started off at one extreme as a big pork eater. After one of her sons died she became interested in health matters and went to the other extreme of being a vegetarian, which some consider to be a doctrine of demons. She skipped right over the laws of God about clean and unclean animals.

EGW wrote that there was not necessarily anything wrong with a fragrant evergreen tree at the front of the church with gifts to God on it, and thereby stuck the SDA church with Christmas trees.

In the SDA church, the date October 22, 1844 is still considered to be significant and important. It was just another wrong prophetic guess about when Jesus would return. It came and passed without anything happening--years before the SDA church was even formed. Yet today SDAs are now expected to believe that something spiritual happened on that date. In fact, some say that this teaching is what makes one uniquely an SDA, since all the other teachings in the SDA church can supposedly be found elsewhere.

SDA books, magazines, calendars, etc. are full of ridiculous hippie pictures. One book about the Sabbath urged people to keep "all ten" of the Ten Commandments, meaning to observe the Sabbath day rather than Sunday. At the same time, the book contained several hippie pictures, including a full-page head and shoulders portrait of the hippie. The commandment against idolatry is totally ignored by the SDA church as it seeks to spread hippie pictures all over the world every chance it gets.

The SDA system has not provided doctrinal safety.

(Sang to the Tune of "Your So Vain" By Carly Simon)

You walked into the church,
Like you were walking onto a yacht
Your glasses strategically dipped below the eyes
Your handkerchief it was apricot
You had one eye in the mirror
As you gave your sermonette,...

You had me several years ago
When I was still quite naive
Well, you said that your church really cared
And that truth you would never leave
But you really screwed the things you loved
And one of them was me
I had some dreams they were clouds in my coffee
Clouds in my coffee, and

Well, I hear you went down to Ohio
And you kept it up with your con...
Then you flew into rage against the COG,
You cant see that you have eclipsed the reign of GOD's SON..