Minor Prophet Bloviates About Jewish Traditions And That Red Heifer 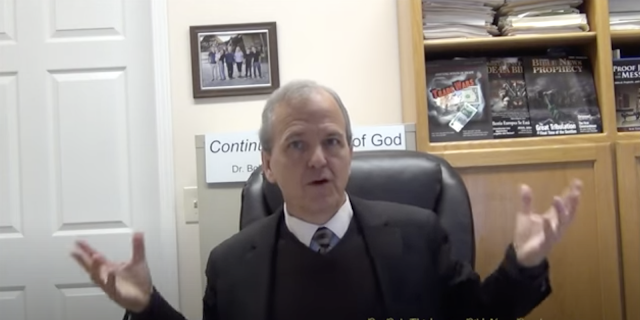 There once was a little crooked man,

who lived in a little crooked house.

Who bounced and flounced from his crooked little chair.

Who had the uncanny flair,

To creep us out with his stare.

Our most highly favored minor prophet, preordained by God to come in these perilous end times after receiving a special double blessing as the Church of God's first Germanic/Native-America Gentile who was destined to rise from the ashes of the Living Church of God to be the end-time Elijah, Moses, Elisha, Habbakuk, Amos, and Joshua, to lead us into all truth about the Mayans, Jesuits, and Jewish traditions.

The Chosen One is back regaling us with his buffoonery over the red heifer, crimson dyes, and sacrifices in a soon-coming temple in Jerusalem, which according to certain COG mythologists will lead us into the end times so that Satan himself will return to offer sacrifices on that very same altar.

On Monday, the Temple Institute completed its study of the Biblical crimson dye with a practical demonstration. The study is part of the institute’s ongoing Red Heifer project led by Rabbi Yisrael Ariel and his son, Rabbi Azariah Ariel, as the crimson wool is a necessary element in the preparation of the ashes of the red heifer:

The cow shall be burned in his sight—its hide, flesh, and blood shall be burned, its dung included—and the Kohen shall take cedar wood, hyssop, and crimson stuff and throw them into the fire consuming the cow. Numbers 19:5-6 Israel 365

The Great Bwana writes about how significant it was that he was in Jerusalem and even made one of his little videos on the new temple altar:

Sanhedrin makes burnt offering to dedicate altar!
The Reconstituted Sanhedrin performed a ceremony on December 10, 2018 to dedicate a new altar for the use of daily sacrifices. High Priest Rabbi Baruch Kahane officiated. How does this align with Bible prophecy? Daniel wrote three times that the daily sacrifices must stop, hence they first must resume. The Great Tribulation will begin shortly after these sacrifices stop. In this video Dr. Thiel, who has also been to Israel and spoken with The Temple Institute quotes several scriptures and explains why the actions by the Sanhedrin align with prophecy and the end times.

Then, in a dramatic turn of events, pictures himself as the south end of a north-bound red heifer and lectures us on innocent little red heifers.

Never has the Church of God had a leader that seems to deliberately set himself up to be the butt of everyone's jokes? Even Dave Pack, with all of his kitchenware sermon props, fails in the presence of Bwana Bob!
We do not mind though! Keep 'em coming, Buckwheat!

You guys here do realize that you are the specific reason no one from the COG's has joined Bob's little group. Your continued exposure of his lies and craziness has turned off a lot of people, particularly those from LCG who had initially had some interest.


‘who has being in Israel and spoken with the Temple institute’

And there we have it. What other ‘proof’ do we need that the ‘chosen’ one is indeed wee Bobby, sponge Bob square pants.
Well Bobby boy untold millions have visited Israel and innumerable numbers have visited and spoken to the Temple institute.
So you aren’t special at all, are ya, except in your own eyes.
And we can be sure they, in all probability have absolutely no recollection of your visit.
Or even care.

Incorrect assumptions and lack of knowledge about the tabernacle/temple, priesthood of Aaron, offerings, etc are quite common. One of my first interactions with Bob was over such misunderstanding of these, and his incorrect interpretation of the book of Hebrews.
I think one of his best gaffes of this genre was during his "read the Torah every 7 years" sermon series where he confused "offerings" (usually translated as "sacrifices") with passing the plate (taking up a monetary offering).
A problem with COGleaders is that they think they understand the Hebrew scriptures better than the Hebrew scholars...

He's just a little man with a big case of blogarrhea. What shocks me is that Bob has never touched upon the significance of Lake Titicaca in end times prophecy. Wrong natives to suit his tastes, I guess. Incas, not Mayans.

Does Bob live in one of those tourist trap gravity, MYSTERY SPOT HOUSES , or Fun Houses, where everything is at a slant or weird angle. ??


"Does Bob live in one of those tourist trap gravity, MYSTERY SPOT HOUSES , or Fun Houses, where everything is at a slant or weird angle. ??"


Requesting help from someone more knowledgable about the temples. If there is a next temple, isn't it the fourth temple. We had Solomon's; the one after captivity; and Herod's. That makes three so far.

I have always had a suspicion that Prophlet Bob buys his suits in the 4-6x garranimals section of Wal-Mart. Seeing his little head next to the cow just solidified it for me!

What a little prophlet we have. Keep up the good work Banned!

It was a rebuild of the Second Temple.

“I think one of his best gaffes of this genre was during his "read the Torah every 7 years" sermon series where he confused "offerings" (usually translated as "sacrifices") with passing the plate (taking up a monetary offering).”

I am a little confused by what you mean by “offerings”.

Lev 3:1 And if his offering [qorban] be a sacrifice [zebah] of peace offering [selamim]
Lev 9:4 and a bull and a ram as well-beings [selamim], to (slaughter for) sacrifice [zabah] before Yahweh

1Sam 9:13 ... for the people will not eat until he come, because he doth bless the sacrifice [zebah]

Hoss, by “offerings” are you referring to something as in Lev 3:1?

Sorry for the confusion. My remark was about Bob reading the word "offering", where, from context, it clearly meant "sacrifices" (offering of meat, grain, drink, etc) and thought it meant financial offering. From his explanation, it appears he thought financial collections were made each day of the FOT in the Temple, and said at the CCOG only did that on the first and last days.
So the point was that he misunderstood the use of the English word "offering".

The next Temple to be built will be the FiFTH Temple to be built in Jerusalem. All of the Temples were built down in the City of David, per Josephus and scripture. I recommend the book by Earnest L Martin, “The Temples that Jerusalem Forgot”, for expert scholarly information on these Temples….also little Bobbie Bo Peep has Jerusalem Syndrome.

Thanks Hoss for your reply; but I am more confused.

Ex 24:5b and sacrificed [zabah] peace [selamim] offerings [zebahim] of oxen unto the LORD.

What was the Hebrew word used? Perhaps zebah from Ex 24:5. But zebah is not used for grain and drink offerings.

(“... the term selamim came into use with official worship in the sanctuary. In fact, the term selamim first appears in Exod 24:5 when the Sinai covenant was made between the Lord and the people” (Nobuyoshi Kiuchi, Leviticus, ApOTC, p.77)).

A couple of comments:

Ex 20:24 An altar of earth thou shalt make unto me, and shalt sacrifice [zabah] thereon thy burnt offerings [‘ola], and thy peace offerings [selamim]...

“The well-being offering is called zebah selamim (Lev 3:1) because it belongs to the zebah category of sacrifices. This category differs from burnt and purification offerings [aka ‘sin offerings”] in that those who offer zebah sacrifices eat the meat, and thereby materially benefiting from their own sacrifices. In English Bibles zebah is usually translated simply “sacrifice” because it is a slaughtered (verb zbh) offering, but it does not cover all kinds of sacrifices (unlike qorban)” (Roy Gane, Leviticus/Numbers, NIVAC, p.87).

“It is difficult to know what to call this offering. Frequently named ‘a peace offering’, it is also called ‘a fellowship offering’, ‘a communion offering’... or ‘an offering of well-being’, each of which picks up an aspect of the offering. The key word in the Hebrew title is selamim, which comes from the same root as the word salom, meaning ‘peace’.... ‘peace’ certainly captures one of the principle features of the sacrifice, namely enjoying peace with and from God. In our day ‘peace’ has come to be a fairly shallow word meaning the absence of conflict, rather than the wonderful rich over-tones of positive well-being and of a wholesome way of living meant by salom. Some, therefore, wishing to avoid superficiality, opt for the more rounded title of ‘well-being’...” (Derek Tidball, The Message of Leviticus, BST, p.58). See other views.

For me, it a Korean minister, Gyung Yul Kim, who provides the best explanation of the Purification Offering and The Day of Atonement. Kim gained his PhD in South Africa while ministering in Africa. 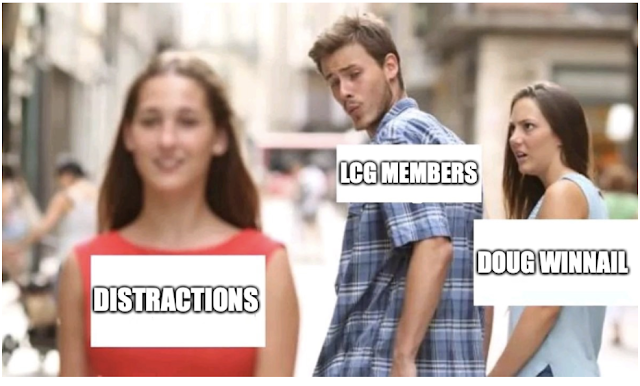