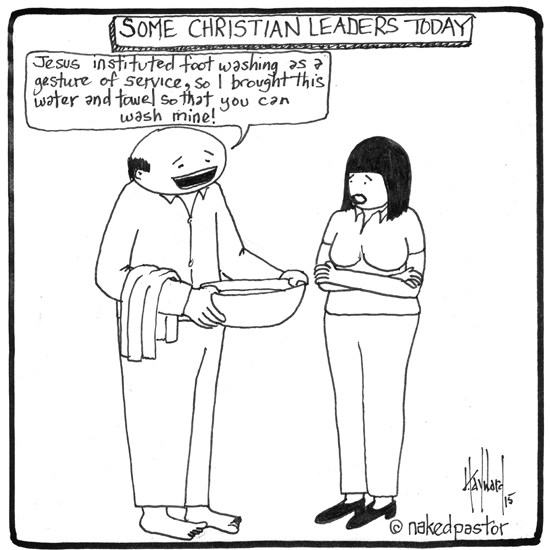 And they give themselves the right to a double standard. So in their eyes, they don't have a problem.

At a UCG Passover service, a couple years ago our minister would only let a hand-picked person wash his feet, a deacon. No dirty lay member was worthy enough to touch his feet. That led me straight out of the church and I will never set foot ina COG again.

Another example of a minister with shallow understanding. I bet he gave excellent sermons though.

Hey! Hey! Hey!
The Pope does foot washing.
The COGs and the Pope think alike.

This may be meaningless in our modern day when we are not walking on dusty roads with sandals, but the Pope and the COGs know how to keep a no longer useful tradition.

It's not just the ministers. There's one man in LCG's Charlotte congregation who, every Passover, runs around like crazy to try to make sure he washes the feet of the most important minister who's there. I've seen him cut in lines, move other people around, and generally make a spectacle of himself in his shameless desire to be washing the feet of a bigwig.

@ 4:01 AM, the Pope doesn't wash the feet of other Vatican bigwigs. He usually washes the feet of prisoners or poor people, often not even Roman Catholic. The pope washing the feet of a Muslim AIDS patient is a very different image than that of Vic Kubik washing Robin Webber's feet.

The moment at which a practice becomes a ritual is the point at which it loses its meaning. A simple example of humility, rather than becoming a once per year ritual, works better as the starting point for the thought processes of a general pattern of service to fellow man. The GQ guy driving the Beemer in his Gucci loafers may not need his feet washed, but if you see him with a flat tire on the shoulder of the interstate, that's the time when you may be able to be of service. I think Bob Dylan had it right in the words to his song "Serve Somebody". That would be a better hymn than "Praise Ye the Lordo".

I think that the foot washing ceremony should be done in a giant gym sized jacuzzi pool. These are modern times, and there needs to be adaptation.

Don't be so quick to judge my suggestion! At the original Lords Supper, they didn't have terry cloth towels, did not have tupperware basins,, and did not use "fluoridated water".

So obviously , change is allowed, and has happened, and I think my jacuzzi idea has merit!

I once attended a foot-washing ritual at my grandparents' Primitive Baptist church. Men lined up on either side of the room and advanced to the front, where the basin and chairs were. Each member of the pair washed the other's feet. When my grandfather returned to his seat after his turn, his eyes were streaming with tears, and several other people cried as well. I did not know why. I was just a kid, maybe twelve years old or so.

Later my relatives explained that my grandfather and the man he traded foot-washings with had been disputing about something or other. The fact that the random sequence of advancing to the foot-washing place had resulted in this pairing was widely seen as divine intervention. The two men reconciled. 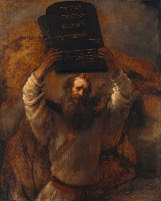